The M.I.T. Advanced Media Lab built an incredible machine that’s about the size of an iPhone that you wear around your neck. Big deal, M.I.T. is always designing and building interesting and advanced gadgets with grant money from your taxes. Why waste words on yet another one? Well, because…this one measures charisma. 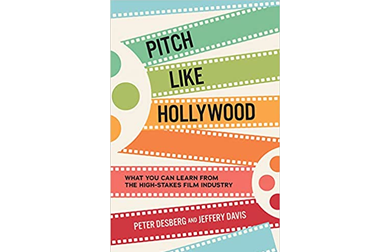 The first validation study consisted of a group of executives who each created a business plan. The plans were presented to a sophisticated group of evaluators under two conditions. One presentation was a written submission. The gadget was useless here. The other was an oral presentation and the gadget, called a Sociometer, was able to predict the order of preference of the plans.

If that doesn’t impress you, we think the second validation study is even more convincing. They wanted to see how well the Sociometer would work predicting which men and women would exchange phone numbers in a Speed Dating setting. It did a fantastic job.

Before you say, “I want one,” they’re not for sale. But the information that the Sociometer uses to judge charisma is free and the rest of this article describes what it looks for…charismatically.

Gestures – Charismatic people don’t communicate with their hands in their laps. They are physically animated. Their arms and hands move to emphasize and expand on what they’re saying. Their bodies are also indices of their level of excitement. They range from complete stillness to indicate a sense of calm and seriousness to wild flailing movement to indicate extreme forms of enthusiasm and excitement. People who use gesticulation can look as if their communication was choreographed.

Prosody – This is a linguistic term to describe the expressiveness of someone’s speech. Here are the major forms to pay attention to:

Mimicry – We like people who show empathy. It shows that they want to fully absorb what we mean by getting closer. One of the most effective ways to demonstrate it is by mimicking or mirroring the movements of the person we’re talking to. There are some hilarious old comedy gags where someone stands in front of what is supposed to be a mirror, but there is no glass. Harpo Marx and Lucille Ball were two great comic artists using this technique. They stood on the other end imitating whatever someone was doing. This is not what we mean by mimicry.

At Stanford University, researchers tested out this idea by presenting a persuasive message presented by a cartoon character on a monitor to one group of students. The other group got the same talk using the same character, but it used an Artificial Intelligence program that mirrored the movements of the listener. The mirrored students were persuaded 35% more than the control group.

There is also abundant evidence that if you make eye contact and smile more, your ratings will shoot up even higher. Although we’re out of space here, we’re happy to have written a book amplifying these topics and more with all the space we needed.

Peter Desberg is co-author of Pitch Like Hollywood. Professor emeritus at California State University, Dominguez Hills, and recipient of the Distinguished Teaching Award and Outstanding Professor Award, he is also a licensed clinical psychologist specializing in the area of stage fright and performance anxiety. The author of 23 books, he has been quoted by such publications as The Wall Street Journal, Psychology Today and The New York Times, and has consulted for companies including Apple, Boeing and Toyota in the areas of pitching and persuasion, corporate presentations, and using storytelling and humor in business presentations.
Jeffrey Davis is co-author of Pitch Like Hollywood. A professor of screenwriting at Loyola Marymount University in Los Angeles, he served from 2009-2019 as the department chair. Davis has also written and produced trade shows for Dick Clark Productions and counted among his advertising clients Dell Computers, Toyota of America and Honda. His has more than 30 credits to his name, including Night Court, Remington Steele, and documentaries for A&E, Discovery, and The History Channel. As a consultant, his areas have also included writing, pitching, and employing storytelling and humor in business presentations.