When he was let go as Vice President of Corporate Communications during a round of layoffs, James confronted the core question: Who would hire him, given his age? 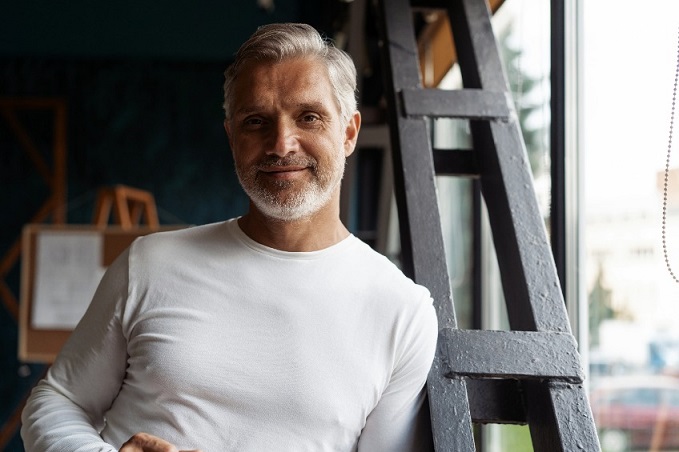 James has had temporary consulting assignments over the last few months but has not been able to get a steady full-time job since his role was eliminated last August.

“I ace the phone interviews,” he said. “They say: ‘Your résumé speaks volumes. You could hit the ground running. It looks like you’re the perfect fit.’ But then I zoom in for the interview, and I’m D.O.A.,” said James, who is 61 (and, yes, has gray hair). “I’ve heard everything from ‘you’re overqualified’ to ‘you’re too seasoned’ for this role. I’m pretty sure that’s code for, ‘we want a younger person.’”

“Being interviewed by 30-year-olds who totally don’t get me, you can sense that immediately. It’s like being on a bad blind date.”
James said he had been through the same job-application routine so many times that interviewing for roles was beginning to feel like “Groundhog Day.” “It’s devastating,” he said. “You go through the stages just like dying. First you can’t believe it. You’re so sure and your family is so sure, and even the recruiter is. Then you get mad. By the end, you feel like giving up,” he said.

His wife suggested James replace his LinkedIn profile photograph with a different one – from 25 years ago.

“It’s normal for older job candidates to be defensive about their age,” says ExecuNet senior executive-level career coach Mark Brodksy. “But they need to be on the offensive. Older workers should take unfair advantage of their age.”

“Ageism is based on assumptions and stereotypes that are flatly incorrect,” Coach Harriette Lowenthal adds. “These include: older workers are set in their ways, they resist change, they take more sick leave, they think they know everything and they are not willing to learn new things. All of these things are flat-out wrong.”

Recently, James began working with Coach Brodsky and says it’s paying off. “You want someone who understands the obstacles you are facing at your age and at your professional level and who can help guide and motivate you,” he said. “I’m working with someone who was a senior executive and is around my age, which helps.”

More important, he is being challenged to think about what he’s passionate about at this point in his life. “I’m learning how to clarify and draw attention to what’s unique and important about me and separate in my mind the opportunities I am going to pursue from those I clearly don’t want to pursue. And I’m learning how to let my energy and contemporaneity shine through in interviews. I’m finally believing I’m today’s news, not yesterday’s news.”

Although he has only been working with Mark for just a few weeks, James is already pointing to better interview experiences. “The age thing hasn’t come up once,” he said.

Mark has alerted James to research he could do to discover best companies to work for if you’re in an aged workforce. He is also encouraging James to explore consulting and contract work. “There does not seem to be much discrimination in those areas,” he said.

Where it once seemed a foregone conclusion, retiring is no longer on James’s radar. “I’m excited about the idea of rolling my sleeves up and being engaged,” he said. “It’s far more fun to live with that anticipation than retirement could possibly be.”