The World Series: Reflections in Teamwork 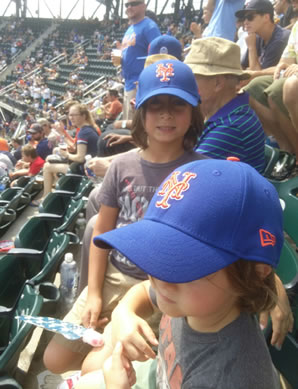 The morning after the first game of the World Series, I had a meeting with my CMO Tony Vlahos and my Content Manager Will Flammé, and as you can imagine, the pre-meeting pleasantries turned into a discussion of the exciting extra innings game that had us up late the night before. That discussion stayed with me during the day and has evolved into this post to you.

The stories of the two teams were really compelling and similar in many ways. They are a model for building a team… and I don’t mean just on the ball field.

One can’t talk baseball without looking at the sluggers. But there were no sluggers in this World Series. Sure, there were good players who can hit homers, but the big boppers were… home. Between the two teams there were only three players in the top 50 in home runs, and one of those was Yoenis Céspedes, whom the Mets traded for late in the season, so most of his home runs came for another team.

If you don’t have power you must have speed, right? The Mets had no speedy players to speak of. With three of the top 50 basestealers, there was some good speed on KC, but the league leaders more than doubled KC’s best basestealer’s total.

So if it’s not the batting, the stars must be the pitchers. Right? It’s harder to make the case on the pitching side because of deGrom and Harvey. I understand they are clearly in the process of making themselves stars, but with only 27 wins between them this season, there’s still work to be done. After all, Colby Lewis and Mark Buehrle combined for five more wins than the duo from Gotham, and no one would call them elite!

At the executive level, what these teams have learned is stars are not required for excellence. In fact, stars may very well hinder excellence. Stars require a disproportionate amount of salary and attention. Every team and every business has a budget, and if too much is paid to one employee it can actually result in lesser production than if you had two lesser, but still talented, people. Putting all one’s eggs into one basket leaves no room for error — nor does it allow for talented individuals to rise to the occasion and impress. I submit Daniel Murphy of the Mets as an example. He’s a decent player, nothing more, who has played like a superstar this postseason. If the Mets had traded Murphy and one of their promising young pitchers for a star and that star had a postseason slump, where would the Mets be now?

Both the Mets and the Royals are built around home-grown talent, employees they developed over time to be key contributors. They have “grown up” within their organizations, learning how to play the game and work together. They have a unified vision and goal that’s developed, nurtured and evolved with them. They’ve had the same training and have developed trust in each other. They don’t need “stars” to carry them to their goal. They have a team filled with people who know their roles and pick each other up if someone slips. Their balance IS their strength. Their balance is their star.

Are you relying on a star, or is your team balanced and strong?

At the end of the day, leadership is all about the human experience and nurturing the right culture, one that enables everyone to give their best efforts and together carry the team to victory. The World Series teams’ executive leaders, Dayton Moore and Sandy Alderson, and the managers on the field, Terry Collins and Ned Yost, along with their minor league managers, coaches, scouts and player development personnel, have clearly  built cultures of teamwork, trust and shared vision that any of us could learn from and adapt to fit our own industry.

No Replies to "The World Series: Reflections in Teamwork"