Work. Is It Irrelevant? 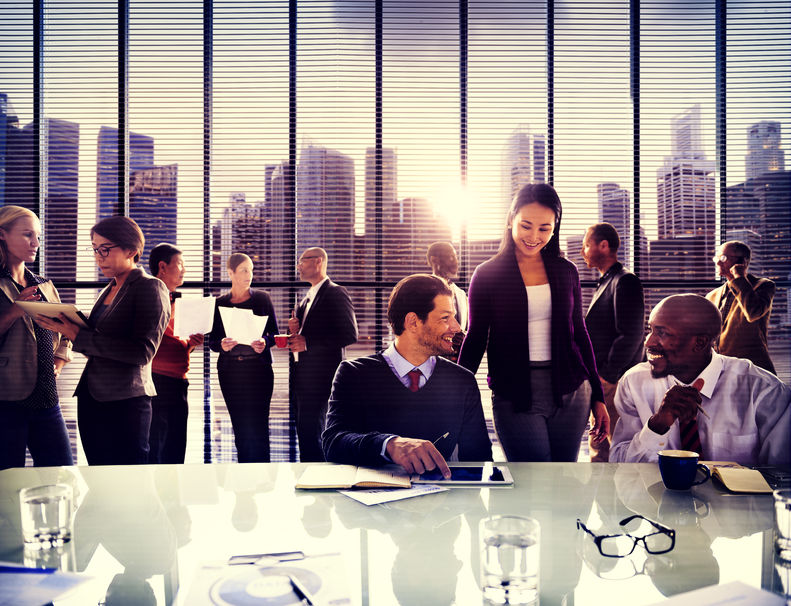 I believe in the Future of Work. You know, the one where we work for a day and earn enough to pay for our leisure time over the next six days. For context I also believe in Santa Claus and The Easter Bunny.

Last week I opened my column with a quote from John Maynard Keynes.

JMK’s prediction was that technology would ‘free us from work’. But it didn’t, or at least hasn’t yet. (For JMK supporters, don’t worry, we still have another 14 years to run to prove out the prediction.) So far, however technology has all but divided people into two camps. In the red corner, we have the people that have been freed up of 100 percent of the work they were doing. Ask yourself how many people still work in a ‘typist pool’ to see what I mean. In the blue corner, the growth of the knowledge worker is well recognized while simultaneously locking us in through that very same tech. It didn’t free us, but rather changed work … and in turn us. The result is that large numbers of people are now tethered to a 24*7*365 schedule that most organizations seem to want, if not demand. Maybe this will change. (Though it won’t happen in the USA first.)

In the US, the reality may be that our culture has been so “impoverished” by our focus on the work ethic and then consumerism that we’ve lost the rituals, customs, and interior life that traditional cultures have always employed to construct a “balanced” life.

I would agree. But the problem is global, and while it might not be so obvious that we care – and thus doing something about it here in the USA, other counties are starting to think about it and in some cases acting. France for example has been toying with the idea of banning ‘out of work electronic activity’ for a couple of years and just this month, they stepped a little closer to the goal.

The measure is part of a labour law – named after Labour Minister Maryam El Khomri – many of whose other provisions have sparked weeks of protests in France. The “disconnection” clause is about the only part on which there is consensus.

Consensus? Obviously that wouldn’t happen in America. (Did I say that aloud?)

Employees physically leave the office, but they do not leave their work.

They remain attached by a kind of electronic leash – like a dog. The texts, the messages, the emails – they colonize the life of the individual to the point where he or she eventually breaks down.

Strong words, but these challenges are well documented and when you read …

You’re at home but you’re not at home, and that poses a real threat to relationships.

… who can put their hand up and say they haven’t ever suffered from that? But as I said. If you live in America – don’t hold your breath, because this level of conversation is not going to be had (even raised or considered) any time soon because it certainly seems that the ‘old power, old values’[1] of the culture is too embedded.

There is never going to be 100 percent agreement to anything. We live in a world of compromise. It is also true that in order to move forward in a discussion, we should always start from the points of agreement. Suffice to say, we seem to agree to that there is a single point at the heart of this issue.

Our cultural conditioning ensures that people are socially driven to contribute to society – which is generally defined as ‘paying our way’ – which we do through ‘work’. The nature of work is essentially built on ‘Command and Control’ organizations that originally modeled themselves on the military and haven’t changed since. In turn, our education system is generally set up to direct students to learn things that allow those organizations to package people up, so that we can best fit into their ‘machine’.

This isn’t new. Pink Floyd wrote about this in 1979 and this version alone from the Movie has racked up close to 150 Million views.

But nothing has changed. Well, why would it you ask? Rock music doesn’t change the world. (Well I disagree, but that is a separate topic, which we might take up at another time). The fact is though, it isn’t just ‘Pink’ and the gang. Consider the lifelong teachings and work of Sir Ken Robinson, a long time and staunch advocate of the need to change our education systems. From his own web site …

The videos of his famous 2006 and 2010 talks to the prestigious TED Conference have been viewed more than 25 million times and seen by an estimated 250 million people in over 150 countries. His 2006 talk is the most viewed in TED’s history.

And, still it hasn’t changed. I know. We live in that world of instant gratification and 140 character strategy. We want it – and we want it now. Alas, it really isn’t that easy.

“YOU NEVER CHANGE THINGS BY FIGHTING EXISTING REALITY. TO CHANGE SOMETHING, BUILD A NEW MODEL THAT MAKES THE EXISTING MODEL OBSOLETE.”

I think this was definitely in the mind of a young man I met just this week, who is working on a wholly new employment model. I can’t tell you who he is, or point you to his site, the concepts and thinking are totally new. But bottom line he believes that there are large numbers of people in the USA who want to work and that there are large numbers of businesses who want people to work in their organization. He is planning to ‘reduce the friction’. To break the command and control model. His thinking is revolutionary. Without even knowing who Jeremy Heimans is, he is devising a system that is very much ‘New Power’. ‘New Values’.

Say what ? Whats’s with the ‘New Power’, ‘New Values’ stuff that you keep raising ?

If you have never heard of, read or watched Jeremy Heimans. Please do. This is his Ted Talk. It’s only 15 minutes – and if you start around five minutes in you can still extract the essence of his thesis.[2] Who is Heimans ? Well …

The World Economic Forum at Davos named Heimans a Young Global Leader and in 2011 he was awarded the Ford Foundation’s 75th Anniversary Visionary Award. In 2012, Fast Company named him one of the Most Creative People in Business, and in 2014, CNN picked his concept of “new power” as one of 10 ideas to change the world.  Since then, with his organization ‘Purpose’ he has been trying to do just that.

If that young man I mentioned achieves his goal of ‘reducing the friction’ in employment, he will indeed be re-defining our world.

It is but one facet to an extraordinarily complicated set of issues. And that’s the nub. It’s complicated and there isn’t a clear cut answer.

In short, we have on our hands a ‘Wicked Problem’. Which doesn’t mean to say that we should pack up and go home, but it does mean that we need to understand what we are dealing with. According to a recent paper [pdf], there are three strategies available to solve wicked problems; authoritative, competitive and collaborative. In this world, authoritative no longer cuts it. It is going to be a combination of the other two. What we used to call ‘co-opetiton’.

So what are we going to do? That’s the topic of another article.

[2] I am not advocating you to do this … it all depends on what time you have available. The full 15 minutes provides you the context.

John Philpin’s career spans 30 years, two continents, and organizations as diverse as Oracle, Citibank and GE. A Mathematics graduate, John helps technology companies create, develop and deliver their story for fund raising, market development and influencer programs. He also works with businesses to ensure they understand, and are ready, for the ever accelerating changes that technology is bringing to their industry. John is a co-founder of Expert Alumni and gleXnet and long before futurists and industry watchers were writing about the impending challenges that industries were going to be facing, they predicted a perfect storm of issues like skills gap, declining work forces, the gig economy, people trained to do work no longer needed, demographic shifts, economic and social change, market upheaval and rapidly changing ways of doing work. From the beginning they have promoted the idea that massive change was coming to how organizations should think about their workforce, with a singular focus on simplifying the interface between people and their work. Understanding the challenges ahead of the curve, the solution was built to arrive at a better understanding of the greatest restraint to business operations - competence, not capital. gleXnet provides unparalleled insights into an organizations people and operations by flipping the problem from the perspective of people, not the business. Twitter: twitter.com/jgphilpin

2 Replies to "Work. Is It Irrelevant?"