How Women Are Reshaping Work, Family Life, and Retirement

How Women Are Reshaping Work, Family Life, and Retirement

After 21 years of marriage, attorney Mary Hart was blindsided by a divorce. She was raising three children, had no income, and had recently moved to a new city. “It would have been easy to fall apart,” she remembers, but she didn’t. Instead, she started her own law firm. She now employs eight other women, some of whom are also single mothers, and invests in real estate. “I never would have done any of that had I not gotten divorced,” she says. “What I thought was going to kill me ended up being one of the best things that ever happened to me.”

Ann Michael was working for a small pharmaceutical logistics company when she discovered she had breast cancer. “I remember sitting on the couch, not feeling very well, and thinking, ‘I’m tired of working for other people because there’s so much else I want to do,’” she says. She went to her boss with a plan: She’d offload some of her tasks and do the others as a consultant. “I wound up making the same amount of money working 20 hours a week, and using the other 20 hours to build a business,” Michael says. She now is president of publishing and media consulting firm Delta Think.

Kathryn Bowsher was out on maternity leave from the consulting firm she ran when she received a phone call about a company that needed a CEO with her precise skill set. After talking things over with her husband, Bowsher decided to take the job, started as a consultant for the new company when her daughter was four months old, and became its CEO four months later. “We increased the nanny’s hours, and adjusted our home responsibilities so I could spend more time at work, ”she says. “It was complicated at first, but we figured it out, and it’s been great. Life’s like that: You figure out what feels like the right thing to do in the moment, and work the rest out later.” 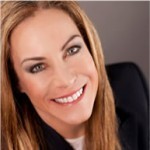 Dr. Tracey Wilen is a prominent thought leader on the impact of technology on society, work and careers. Sheâ€™s been a scholar at Stanford University and has held leadership positions at Apple, HP, Cisco, and the Apollo Group. Dr. Wilen has authored 11 books including Women Lead: Career Perspectives from Workplace Leaders (2013); Society 3.0: How Technology Is Reshaping Education, Work, and Society (2012); Employed for Life; 21st Century Career Trends (2014).She has appeared on CNN, Fox and CBS news, in The Wall Street Journal, Chicago Tribune, Forbes, Los Angeles Times, and USA Today. She frequently contributes to The Huffington Post, the Examiner, and the Christian Science Monitor and is on radio shows across the US weekly as an expert guest. She is a global speaker on the impact of technology on work careers, and womenâ€™s leadership. She was honored by the San Francisco Business Times as a 2012 Most Influential Woman in Bay Area Business. www.traceywilen.com

No Replies to "How Women Are Reshaping Work, Family Life, and Retirement"