Women for Hire: How to Hire More Rockstar Women

We’ll never get enough women out of the bottom of the funnel if we don’t get more into the top.

It may sound simple. But it’s not easy. 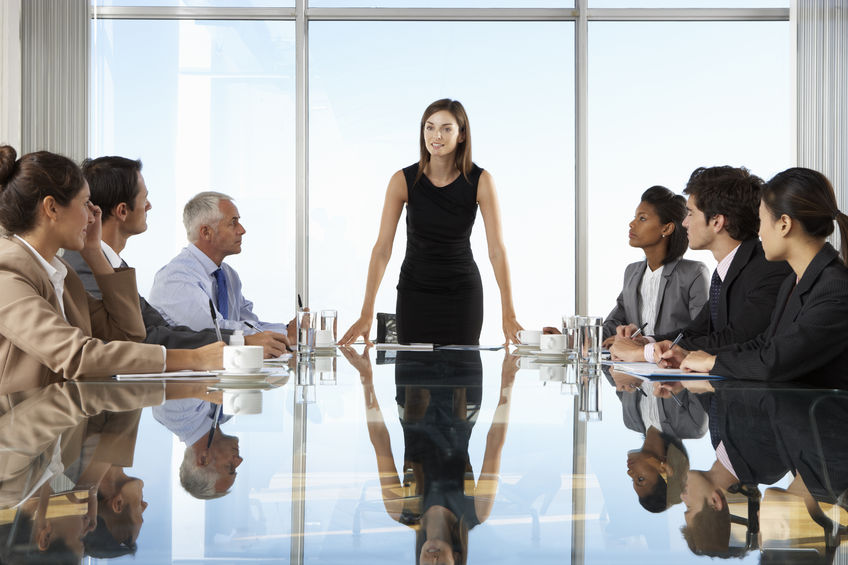 The case for recruiting more women executives to your company… particularly in its senior ranks… is well-documented. It’s not just good business. It’s smart business. Women likely make up more than half your customer base. And I’m unafraid to admit that the fairer gender usually excels when it comes to emotional intelligence, and instilling certain sensibilities into a company. You need to start looking at available women for hire—and those gainfully employed, alike!

Even Amazon – a pillar of growth, innovation, and invention – has just two women amongst its top 38 executives.

As Chairman of Chicago-based Retrofit, a fast-growing online wellness company, I’ve seen the difference it can make. We’re consistently rated as one of the nation’s (and Chicago’s) best places to work. And one of best places to work for women. No coincidence.

But it didn’t happen by chance. It took focus and a commitment to building a gender-balanced workforce.

The corporate world has seen a number of female executive departures in recent months. Irene Rosenfield (Mondelez), Meg Whitman (Hewlett Packard Enterprise), Pat Russo (Lucent), Pat Woertz (ADM) to name just a few. And while we’ve made a lot of progress with gender balance, we’ve stalled in the past few years. 6.4% of Fortune CEOs are women. The cold truth: women just aren’t being replaced by women.

I’ve been in the executive search business for 25 years, and I’ll be the first to admit that it’s not always easy to find women candidates for a role. Women software developers in Silicon Valley? Good luck. Women Chief Financial Officers in Atlanta? You wish.

But you know what?

Yes, it’s hard. But recruiting is hard. Recruiting Rockstars is really hard. And recruiting women Rockstars for some roles can be downright painful.

But nobody said that business was supposed to be easy. With a 4.3% unemployment rate, you’re already fighting a war for talent. You might as well double-down, fight the war for female talent, and ignite your business.

So, what to do? Four simple (but not easy!) things starting tomorrow to signal your interest in the many available Rockstar women for hire:

Open the funnel. Don’t close it.

There’s a little-known study that finds – regretfully – that nearly 100% of women will not apply for a position unless they believe that they meet all of its posted requirements. Yet, I see companies every day post job descriptions with their laundry list of ‘requirements,’ most of which they’re happy to cave on when they find a compelling candidate. Include the non-negotiable items (there shouldn’t be many), but focus instead on attracting the Rockstar candidate by detailing why she’ll thrive at your company.

Insist that half of the pool for every role consist of women.

Require it of your executive search firms. Demand it of your internal HR department. They’ll kill me for encouraging you to ask this, but it’s the key way to make major strides in a reasonable period of time. If I’m interviewing six finalists for my company, I expect at least three of them to be women. If I’m presenting a slate of six candidates to my clients, I do everything humanly possible to ensure that at least three are women. I dig deep to find the talent, and you can too.

Make half of your internal interviewers women too.

We’re all susceptible to bias. Men tend to hire men. So change the odds in your favor. Ensure that 2 of the 4 interviewers (side note: Google found in a retrospective study that 4 is the ideal number of interviewers) are women.

Get on the path to ensuring that half of your Board of Directors is women.

Unlike #1 and 2, this one isn’t an overnight change. But the fish stinks from the head down. Enlist a Board comprised of older white men, and don’t be surprised when your C-suite mirrors that composition. I can think of very few exceptions and I’ve been in many a boardroom. I applaud men who nominate women as their successors when stepping off a Board.

Clearly, there’s a lot more to do once women more evenly populate companies. How do we keep them? How do we develop them and create a flexible career path to the top? I’ll tackle these in an upcoming blog post but I want to start the discussion first by filling the funnel.

These days, we talk a lot about encouraging women to enter the business profession and, yes, that’s important to the long-term pipeline of candidates. But in the short term, when time is not on our side, the way forward is to ensure that women are getting their fair share of consideration in the hiring process.

I can think of no better way than getting a woman on one or both sides of the table (candidate and interviewer) to achieve a much better gender balance.

I’d love to know what you think.

Disclosure: I’m an old(er) white male. But even that isn’t an excuse for not striving for gender-balance and working with women for hire. I’ve put together a short free video course on how to recruit Rockstars. You can get it at www.recruitrockstars.com/Course

No Replies to "Women for Hire: How to Hire More Rockstar Women"