Remote Work, Rising Stress and the Critical Need for Connection 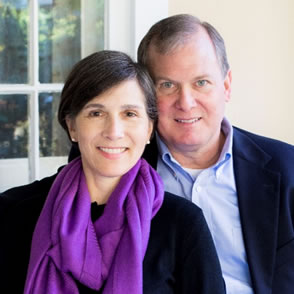 Greater remote work and rising stress make the need for human connection urgent. Connection protects the emotional and physical health of individuals and boosts their performance.

In this ExecuNet Master Class session, you will learn:

Can't make the live presentation? No problem! All registrants will receive the recorded program.
Simply complete your registration to receive it in the follow-up communication after the live session.

Michael and his colleagues developed frameworks, training and tools that have been praised by many well-respected leaders, including Alan Mulally, the CEO who turned around the Ford Motor Company; Frances Hesselbein, the leader who rejuvenated the Girl Scouts of the U.S.A.; Jim Sinegal, co-founder and longtime CEO of Costco; and CNO Admiral Vernon Clark, the second-longest serving chief of the U.S. Navy.

Katharine Stallard, Partner, Connection Culture Group
Katharine is a gifted connector, speaker and teacher. Audiences and seminar participants enjoy her sense of humor and practical advice. Comfortable in front of people, she’s been singing in a cappella groups for more than 24 years and has even done a bit of TV and film work. She’s the first to admit that she “loves a microphone.” A surprising piece of her story is that she is a three-time cancer survivor. Katharine is a contributor to Connection Culture and has co-authored articles that appeared in Leader to Leader and HR Magazine.

Professionally, Katharine brings diverse experiences in marketing, administration, communications, business and non-profit organizations to her role. She also has extensive experience volunteering and serving on the boards of social sector and education organizations.

Deadline is November 4, 2020 12:00 AM
Once you have registered, within 24 hours you will receive an email with complete instructions for joining this online interactive event.
This webinar is Expired.