“The Other AI” That Will Transform Business 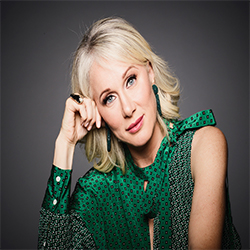 For more than 30 years, Pauline Brown has acquired, built, and led some of the world's most influential global luxury brands.

Along the way, she developed a rare insight into the power of aesthetics to transform businesses and, in some cases, entire industries.

Join this ExecuNet Master Class session to hear Pauline discuss the art and science of brand-building under the rubric of Aesthetic Intelligence or, as she calls it, "the other AI".

Learn how executives, entrepreneurs and other professionals can harness and apply their own personalities, preferences and tastes to their businesses. In so doing, they not only will unlock value, but also will lock in a long-term sustainable advantage.

Throughout her career, Pauline Brown has helped to acquire, build and lead global luxury brands.

She is the author of the new business book "Aesthetic Intelligence", which was published by HarperCollins in late 2019. The book is based on a course that Pauline taught at Harvard Business School in 2016 to ‘17. She currently is an Executive-in-Residence at Columbia Business School.

In addition to teaching and writing, Pauline also hosts a weekly talk show on SiriusXM, called “Tastemakers,” on which she interviews creative leaders, innovators and influencers.

Prior to 2016, Pauline was the Chairman of North America at the world’s leading luxury goods company, LVMH Moët Hennessy Louis Vuitton, where she provided regional leadership for 70 brands in 5 sectors, including fashion & leather goods, watches & jewelry, perfumes & cosmetics, wines & spirits, and selective retailing. While at LVMH, Pauline also served on the Board of Directors of L Capital, a private equity fund backed by LVMH, as well as the Boards of several LVMH-backed companies, including Donna Karan, Marc Jacobs, Fresh Cosmetics and the online fashion retailer Moda Operandi.

In addition to her operational experience in the luxury sector, Pauline also has been an active investor in luxury brands. Before joining LVMH, she was a Managing Director at the global private equity firm, The Carlyle Group, where she helped to build the firm’s consumer and retail practice. While at Carlyle, Pauline invested in and served as a board member for Carlyle-owned portfolio companies, including the European sportswear brand Moncler and the American beauty brand Philosophy.

Earlier in her career, Pauline held senior executive positions at leading cosmetics companies, including Avon Products and The Estee Lauder Companies. Pauline began her career as a Strategy Consultant at Bain & Company.

Since 2008, Pauline has been a Henry Crown Fellow at the Aspen Institute, which seeks to develop the next-generation of community-spirited leaders.

She received a B.A. from Dartmouth College and M.B.A. from the Wharton School, and she is a member of Wharton’s Executive Alumni Board.

Deadline is June 3, 2020 12:00 AM
Once you have registered, within 24 hours you will receive an email with complete instructions for joining this online interactive event.
This webinar is Expired.