The Trap of Getting Back to Normal in the Pandemic

As the vast majority of companies rush to reopen, they’re falling into the trap of “getting back to normal.”  They’re not realizing we’re heading into a period of waves of restrictions once again, due to many states reopening too soon. Indeed, some of the states to open early onward have already reimposed some restrictions, showing that as I predicted way back at the start of the pandemic, we will be facing rolling waves of restrictions and shutdowns, and need to focus much more on virtual interactions. To survive and thrive in this new abnormal, and avoid the trap of normalcy, leaders need to understand the parallels between what’s going on now, and what happened at the start of the pandemic.

Reality Check in a Tech Company 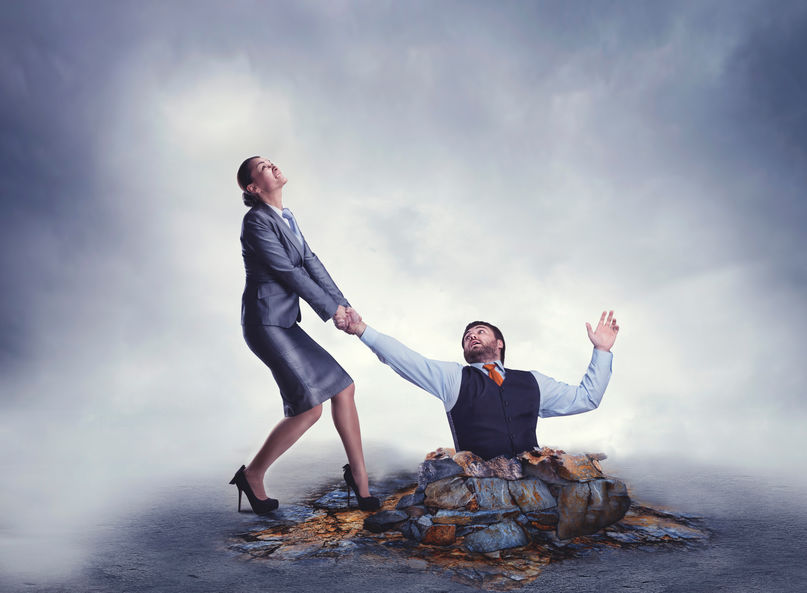 Consider Tim, the CFO of a 90-person tech start-up based in Texas that provides HR and Payroll software, along with other business back-end software. Unfortunately, the company’s leadership team, including Tim, believed Elon Musk’s statements when he downplayed the coronavirus in March.

Since the C-suite thought the pandemic wasn’t a big deal and would blow over soon, they didn’t take the necessary precautions and preparations and ended up in a bad place when the shutdowns occurred. They had to turn to their very basic business continuity plan that did not factor in something as large scale as a pandemic. Thinking that things would “normalize” soon, they held off on making major decisions, such as moving all their operations to a virtual setup.

Tim decided to contact me for a consultation after learning about my work through a recent webinar I conducted for CEOs about how companies can adapt to the changes brought by the pandemic. When he called me, his company was already embroiled in internal team conflicts and service interruptions, which resulted in a number of clients having problems with the software, and a couple of major clients even threatening to cancel. It was evident that the company needed help getting out of murky waters – and soon.

When I met with Tim as well as the company’s CEO and COO over Zoom – by this time I had already moved my previously hybrid in-person and virtual consultations to all virtual – I told them that there were some essential points that they needed to understand in order for their company to survive in this new COVID-19 reality.

First and foremost, we won’t get anywhere if we don’t face the facts. We need to acknowledge that COVID-19 fundamentally disrupted our world, turning it upside down in a few short weeks in February and March 2020. Regrettably, it will not disappear; believing that it will helped get us mired so deep in this mess, making the US outbreak one of the worst in the world in terms of the number of deaths.

However, you might be wondering, why did Elon Musk – and even some political leaders – downplay the COVID-19 pandemic? It’s not like doing so had personal benefits for these leaders. They wound up thoroughly humiliated when proven wrong, hurting their credibility.

Like Tim and the other leaders of that company, these globally-renowned leaders fell into what cognitive neuroscientists call the normalcy bias. This dangerous judgment error refers to the fact that our gut reactions drive us to feel that the future, at least in the short and medium term of the next couple of years, will function in roughly the same way as the past: normally. As a result, we tend to vastly underestimate both the possibility and impact of a disaster striking us.

The normalcy bias is one of over one hundred mental blindspots that cognitive neuroscientists and behavioral economists like myself call cognitive biases. Fortunately, recent research has shown us how we can effectively deal with such dangerous judgment errors.

For the normalcy bias, it’s critical to understand the dangers of falling into it and acknowledge the pain you cause yourself and your company by doing so. Then, you need to consider realistically the long-term outcomes and plan for a realistic scenario that addresses the likelihood of major disruptions.

It was pretty clear even from my first Zoom call with Tim and the CEO and COO of the company that their leadership team had suffered from the normalcy bias. However, it took until the second consultation call for them to admit (more than a bit grudgingly, actually) that they had succumbed to this mental blindspot. This refusal to admit to reality had less to do with the veracity of the facts I presented to them but their initial unwillingness to let go of their “gut feel.”

After discussing the above points with them, they admitted that it was time to face what lies ahead. It was time to prepare their company for a much bigger disruption than they anticipated. We used the “Defend Your Future” technique to help them plan out for a variety of potential futures. We decided that while they would hope for the best, they would plan for the worst, a wise strategy for addressing the normalcy bias.

No Longer Struggling, But Thriving

When I last spoke with Tim in the end of June 2020, he told me that he, along with the CEO and COO, had decided to share their findings and the points we discussed during the coaching sessions with the rest of the leadership team. It was a difficult conversation, due to the growing conflicts in the company and mutual recrimination.

However, after realizing that there wasn’t much sense playing the blame game given the urgency of the situation, the C-suite decided to buckle down and address the problems head on. After outlining the problems and potential solutions, they eventually got widespread buy-in to do what needed to be done in order to propel their company onto recovery.

The leadership team swiftly addressed the internal conflicts, which was the necessary first step to addressing all the other issues.

They focused much more efforts on a long-term transition to virtual. The COO led the effort to minimize their physical footprint, having only a couple of people in the office to take care of necessary paperwork. Tim, the CEO, and the VP of IT made quick, effective changes to the company’s policies and processes so that operations would be in line with the transition to virtual.

After the internal conflicts and systems had been addressed, the leadership team focused on reaching out to the clients who were threatening to cancel due to the service interruptions. Due to these efforts, most of the cancellations were averted, although two smaller clients did cancel.

Tim told me that he and the leadership team were pleased with the results of the changes. They were especially glad once the numbers of COVID-19 cases in Texas began to increase in mid-June, prompting a pause of the reopening process that eventually led to shutdowns again in late June.

During these disruptive times of the pandemic, it’s important to be agile and resilient. Keep in mind that even if your company was not able to make the best decisions at the onset of the pandemic, you can still steer it back to the right path by fighting and protecting against the trap of the normalcy bias.

ExecuNet VIPs can watch the author’s recorded ExecuNet Master Class, “How to Avoid Disasters in Managing Your Career.”