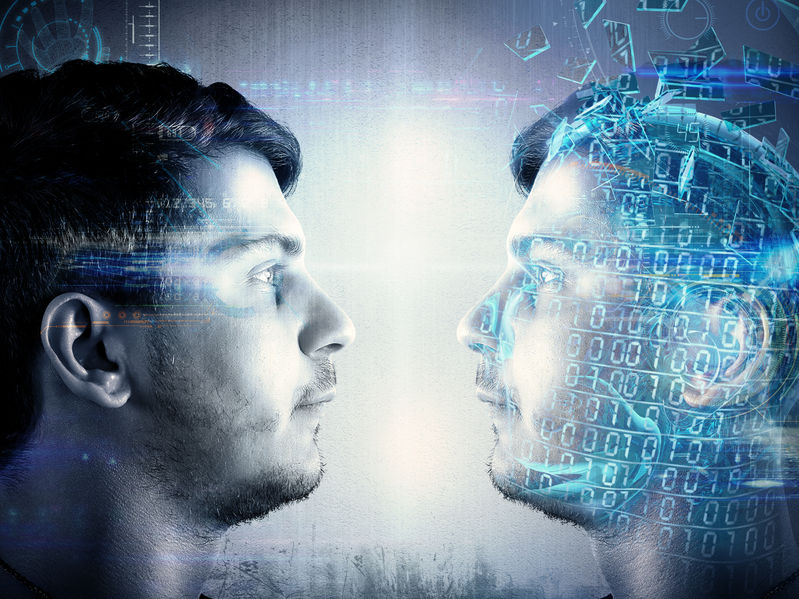 As humans, we’re unique, that’s for sure.

We occasionally become unwell and can be rather unpredictable too. Sometimes we just down tools and decide to take a day or two off, whatever the reason may be.

We are all “overheads” in some way or another, costly, and in some cases slow too – young or old.

The world of work is changing. Very quickly.

Heard of interns? Sure you have. Chances are you’ll associate them with low pay too. Whether that’s justified or even moral is not the point of this article. (With three children entering the jobs market, I certainly have my views on that). The point is more companies and organizations care less about the welfare of their employees and contractors. They may communicate they do, however you don’t have to look far to discover what people think of their employers. Websites such as Glassdoor give them a voice and one which warns others that many employers and jobs out there are far from what you may hear about from them directly or their nominated recruitment agencies.

Companies and organizations are less loyal these days and are usually continually looking to save costs for their stakeholders. If you’re self-employed, you are not immune to this. They are looking for maximum value against the services and products they choose. It’s mostly all about the bottom line to them.

The days where you may expect an employer to look after your welfare in return for your loyalty is fast diminishing. If you think that’s what employees can and should still expect, sorry, you need to smell the coffee. And whilst you’re grabbing your next cup, think about the disruption that’s currently happening to the jobs scene via the so-called gig economy.

I’m not writing this article to sugar coat anything. That would be misleading in my view. This is reality.

Check out this article, Your Company is Not a Family, in the Harvard Business Review, co-written in 2014 by Reid Hoffman, co-founder of LinkedIn. (Now since sold to Microsoft).

Jobs are becoming more project oriented. Employers certainly don’t like retaining people whose skills are no longer required and they are less inclined to join their ‘hope’ that another project may come along whilst they continue to pay their staff. They love the contracting model but not you. Where contracting isn’t feasible, don’t for one moment assume they still want you around once whatever they originally hired you for is over, even if you’re a full-time employee. You’re not family, after all, remember?

And then we have something called tech. If you’re not yet aware of how many tech companies operate and how they adopt Hoffman’s employment model, then I suggest you read this bestselling book: ‘Disrupted – The Ludicrous Misadventures in the Tech Start-Up Bubble’ by Dan Lyons.’ It’s very insightful and there is no doubt more and more companies and organisations will apply the ‘Your Company Is Not a Family’ approach. Staff churn rates at tech start-ups are extremely high. This will be more commonplace in many other sectors.

And what about innovation? The word innovation is now everywhere. Everyone is innovating it seems. Isn’t coming up with bright ideas the same kind of thing? I guess we had to innovate by popularising ‘bright ideas’ to make what we were already doing sound a little sexy after all! Innovation is even now on the back of my toothpaste tube despite it tasting the same. So we taste innovation too!

What continued innovation will mean to us as employees, contractors and even as consumers is exciting however also scary. Very scary for many of us humans particularly as many more tasks become automated.

Here’s another article. This one is written by Udo Gollub, Founder, and CEO of sprachenlernen24.de, where he shares his key learnings from Singularity University’s summit on Facebook. I encourage you to read it if you want to have a quick glimpse as to what is to come. Here’s a snippet. Within it he shares:

“In the US, young lawyers already don’t get jobs. Because of IBM Watson, you can get legal advice (so far for more or less basic stuff) within seconds, with 90% accuracy compared with 70% accuracy when done by humans. So if you study law, stop immediately. There will be 90% less lawyers in the future, only specialists will remain.

Work: 70-80% of jobs will disappear in the next 20 years. There will be a lot of new jobs, but it is not clear if there will be enough new jobs in such a small time.”

A more succinct example is this one featured in Quartz: ‘A new t-shirt sewing robot can make as many shirts per hour as 17 factory workers.’ It’s about automation again of course. Even low wage garment workers in regions like South and South East Asia will be affected.

In the employment and self-employed scene, there will be winners but a whole lot of losers too. You may feel that you can adapt to change but my advice is we all had better notch up our respective ‘adaptation mindset’ big time and be as innovative as those innovators.

The robots have arrived and many more are well on their way. They even help clear trays at some eateries. Today.

John Coupland is an independent marketing consultant and is the bestselling author of ACCELerate™ Your Social Media. With extensive experience in e-business and ICT, he helps ambitious entrepreneurs, business owners and corporates with their business growth using his unique and proven ACCELerate™ methodology. John speaks at leading business events, has written a number of articles for major publications worldwide and is a member of The Brain Trust®, Small Business Advocate Show®, America. Amongst a number of awards, John played an instrumental role helping a major UK department store chain achieve the Queens Awards for Enterprise - Innovation.

No Replies to "So You Think You're Indispensable? Think Again!"