The life of an entrepreneur sounds glamorous when you’re on the outside looking in. Setting your own schedule, creating your own rules, and building the type of company you want to work for can be incredibly alluring.

In fact, successful entrepreneurs tend to be idolized by the masses as they appear to be happier, more successful, and more driven than anyone else. There are a multitude of books, courses, and companies devoted entirely to selling the dream of business ownership. Yet, there’s a hidden dark side to being entrepreneur that’s rarely discussed – the lifestyle can be a setup for a variety of serious mental health issues.

The hidden secret among many entrepreneurs is the psychological price they pay for their choices. The demands of business ownership may place entrepreneurs at a higher risk of specific mental health problems. Here are just a few of the ways being an entrepreneur can take a toll on your psychological well-being:

1. Depression – The isolation many entrepreneurs experience contributes to an increased risk of depression. Additionally, many entrepreneurs work such long hours that they’re not able to take care of themselves. The “time is money” mentality means they usually devote less time to sleep, leisure, exercise, and other activities that can ward off depression.

Depression comes in many forms and it doesn’t always present as sadness. Sleep difficulties, irritability and changes in weight are just a few symptoms that can also be associated with depression. Entrepreneurs may mask depressive symptoms by working longer hours, or they may mistake their depressive symptoms with stress, which can cause symptoms to get worse.

In extreme cases, entrepreneurs may also experience an increased risk of suicide. In fact, Shark Tank’s Robert Herjavec recently revealed to People that he contemplated suicide last summer after the breakup of his marriage. His courageous revelation proves that extreme fame, fortune, and success doesn’t buffer anyone from mental health issues.

2. Self-Worth Issues – Many entrepreneurs tie their self-worth to their net-worth. When the business is doing well, their self-esteem skyrockets. But when they lose a little money or fail to meet their goals, they find themselves struggling with their identity because their business isn’t what they do – it’s who they are.

Many entrepreneurs believe that if they just work hard enough, they should become successful. Despite this notion, the statistics are fairly grim. The Bureau of Labor Statistics reports only about one-third of small businesses survive a decade. And the statistics on tech startups are even bleaker – some reports estimate that 90% of them fail. In a world where quotes like, “Failure isn’t an option” are thrown around like must-live-by mantras, setbacks can cause a psychological crisis.

3. Anxiety – Entrepreneurs aren’t just under stress, there also under an enormous amount of pressure. The pressure of knowing your ability to pay this month’s mortgage depends on closing the next deal, or feeling as though you can’t spend time with family because you have to keep working, lends itself to incredible anxiety.

Many entrepreneurs struggle to function normally because they’re constantly worried about their business. Their strong desire to achieve can cause them to constantly second guess their actions and ruminate on worst case scenarios. Eventually, the constant anxiety can become immobilizing for many entrepreneurs and eventually, it can lead to burnout.

4. Addiction – Entrepreneurs are passionate by nature – perhaps even a little obsessive. Their compulsive drive to keep going, even when faced with relationship problems or health problems can actually be an addiction.

A 2014 study published in the Journal of Business Venturing, found that habitual entrepreneurs display symptoms of behavioral addictions, such as obsessive thoughts, withdrawal-engagement cycles, and negative emotional outcomes. Similar to other behavioral addictions – like gambling or internet usage – serial entrepreneurs are likely to experience negative consequences that stem from their need to keep going.

Entrepreneurs may also be at an increased risk of other addictions as well. Research shows people with an addiction in one area are more likely to have behavioral or substance abuse addictions in other areas.

Creating a Realistic Attitude About Entrepreneurship

It’s important to reconsider the romanticized notion that being your own boss is the key to happiness in life. Although there are many benefits to being an entrepreneur, for some, the psychological toll isn’t worth it.

Emotional difficulties aren’t a sign of weakness. It’s just a fact that the entrepreneurial lifestyle often lends itself to reduced resilience against mental health issues. Take a proactive approach to preventing emotional problems when you can, and if you’re already noticing the psychological toll of business ownership – seek professional help before it gets worse. 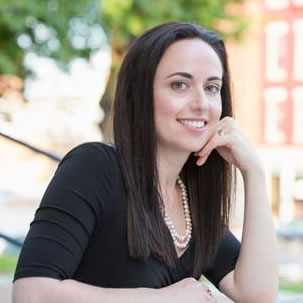 Amy Morin is a psychotherapist and the author of 13 Things Mentally Strong People Don't Do, a bestselling book that's being translated into over 20 languages.