Does it feel like you’re talking on eggshells these days? You’re not alone. A report from McKinsey says, “Rudeness is on the rise and incivility is getting worse.”

As one woman said, “It feels like I can’t say anything right. It seems everyone’s on edge. They take offense at the least little thing. What can we do when everyone’s stressed out?” 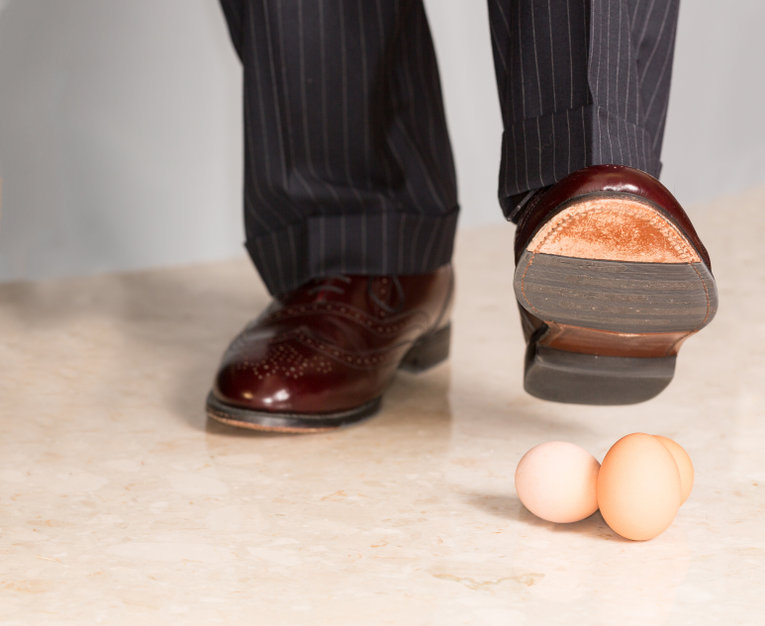 She has a point, doesn’t she?

The last year and a half has been tough.

People have lost loved ones and jobs. Controversies around masks and vaccinations have put people at odds. Remote work and home-schooling have frayed nerves and tempers.

So, what can we do? We can Tongue Fu!

Tongue Fu! (a trademarked communication – conflict prevention/resolution process) teaches what to say – and not say – in sensitive, stressful situations you face every day. It’s ironic. We’re taught math, science and history in school, we’re not taught how to deal with difficult people without becoming one ourselves. And in these tough times, it’s more important than ever to know how to proactively handle complaints, disagreements, and unhappy, upset people. Fortunately, that’s what Tongue Fu! teaches.

Here are a few challenges you may face at work, at home, online and in public – with tips on how to respond in the moment instead of thinking of the perfect response on the way home.

When people complain, don’t explain. Explanations come across as excuses. They make people angrier because they feel you’re not being accountable. For example, if a host is upset because you’re late for a meeting, don’t explain why, just take the AAA Train:

When you take the AAA Train – Agree, Apologize and Act – instead of belaboring why things went wrong, you advance the conversation instead of anchoring it in an argument.

Whatever you do, don’t defend or deny untrue accusations. If someone says “You are so emotional!” and you say, “I am not emotional!” now you are! Instead, put the ball back in their court by asking, “What do you mean?” That questions motivates people to reveal the real issue and you can address that instead of reacting to their attack.

Imagine says, “You don’t care about your customers.” Reacting with, “We do care about our customers.” makes them wrong. Instead ask, “Why do you say that?” The client may say “I ordered supplies two weeks ago and still haven’t received them.” Now you know what’s really bothering them and you can fix their problem instead of debating their accusation.

If people are upset and you try to talk over them, what will happen? They’ll talk louder. The voice of reason will get drowned out in the commotion.

Instead, make a T with your hands (like a referee would) to cause a pause. Then say these magic words, “Let’s not do this. We could go back and forth for the rest of the afternoon about what should have been done, and it won’t undo what happened. Instead, let’s put a system in place to prevent this from happening again.”

You can also put your hand up like a traffic cop to do a pattern interrupt. Say, “Blaming each other won’t help. Instead, let’s figure out who will be in charge of this in the future so we can trust it will be handled promptly.”

As John F. Kennedy said, “Our goal is not to fix blame for the past, it’s to fix the course for the future.” If people start blaming, remind them, “We’re here to find solutions, not fault.”

Have to Give Bad News

It’s easy to get defensive if your have to give bad news and say “It’s not my fault,” however that makes people feel you’re brushing them off.

In the real world, things go wrong. And sometimes we can’t fix them. We can at least let people know we care and we’re doing the best we can to help out.

Don Draper said, “If you don’t like what’s being said, change the conversation.”

We can change conversations and outcomes for good by using Tongue Fu! approaches.

And that’s a win for everyone.

Sam Horn is the Intrigue Expert, a world-renowned author, keynote speaker and communications strategist who has coached the world’s top entrepreneurs and executives. For more about Sam, click here.

No Replies to "Talking on Eggshells?"