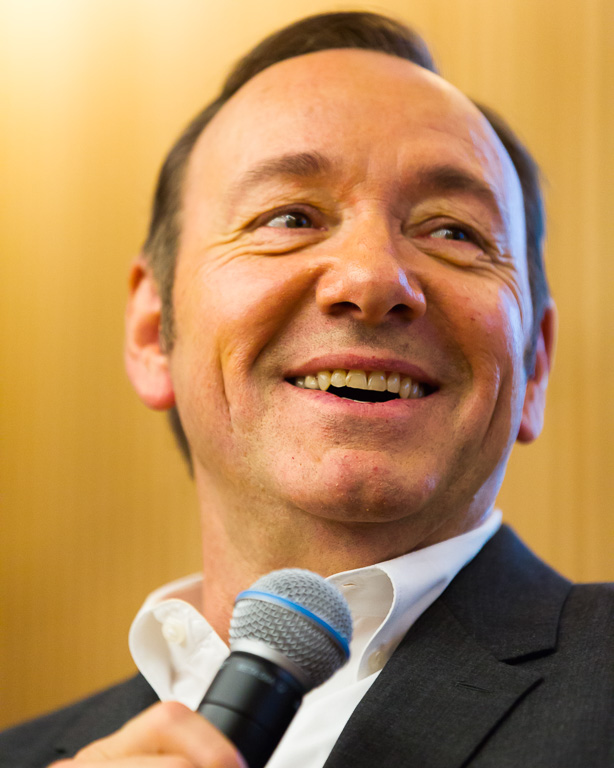 One of the most talented actors of his generation, Academy Award winner Kevin Spacey’s career is built on a willingness to take risks and a keen eye for spotting opportunity in the unconventional. He has received numerous awards for his compelling portrayals of complex, layered and at times dark characters, including two Academy Awards for his roles in The Usual Suspects and American Beauty. Spacey’s work has also taken him far beyond Hollywood. Since 2003 he has worked as Artistic Director of the Old Vic, in the process transforming the fortunes of one of London’s oldest theaters.

One of the biggest lessons Spacey learned from Jack Lemmon, his mentor, was that “no matter how successful you are, always send the elevator back down.” In this spirit, he founded the Kevin Spacey Foundation which aims to train, support and mentor emerging artists in the performing arts and film. “These kinds of programs for young people are not about whether they ultimately go into the arts. What it’s really about is our society and young people, and how we’re able to give young people the tools to communicate and be better story tellers, because stories are what help us understand each other, to translate the issues of our times. I believe tool of artists, theater and film can be enormously powerful in helping young people develop collaborative skills, add to their confidence and give them experiences they will need to succeed in any field,” said Spacey.

Spacey is also the founder and head of the film production company Trigger Street Productions, whose credits include the Emmy award-winning House of Cards, the groundbreaking series that is leading the way in innovating new distribution models for film and television. The series that disrupted an industry and changed the face of television broke the established rules and is a huge success. By releasing entire seasons at once on an online streaming platform, they gave audiences exactly what they want in an innovative fashion that turned the television world on its head.

Spacey believes the biggest challenge for story tellers is cutting through the noise of a society changing from content consumers to content generators. “I believe it’s no longer about having the richest studio, media spend or loudest microphone. It’s always about having the greatest story,” said Spacey who said Netflix learned the message the music industry did not learn: give people what they want, the way they want it, at a reasonable price. 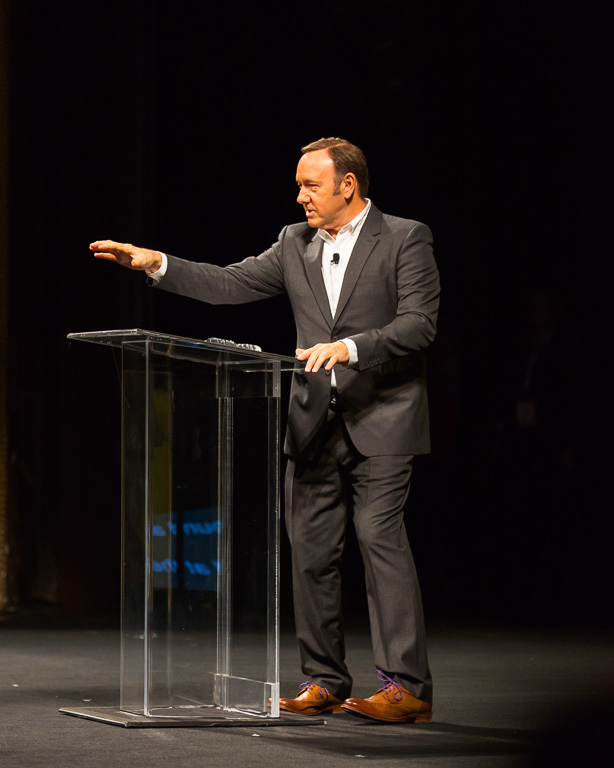 It’s no longer about just connecting with people. It is more than that. It is about engaging with audiences one-on-one in their own space in their own time. We no longer live in a linear world that is happy to stick with the status quo. “They might call you crazy for walking away from a successful film career to run a theater for a decade. They might call you foolish for making a political drama for making a political drama with an online streaming service. They might call you nuts for taking a production of Shakespeare around the globe and thinking you could be profitable, and they might laugh in your face for appearing in a video game. But make no mistake, no one ever breaks new ground by playing it safe,” said Spacey. If you want to push the boundaries like Spacey, to break new ground, surprise and challenge people, you’ve always got to strive to be a step ahead. That is the only way you can surprise people and take them to places they have never been – places people want to go. “We should all be in a battle with mediocrity. We should all be willing to break the boundaries. Because if there is one thing that overlaps business and art, it’s that in the end, it’s the risk-takers who are rewarded.”