Taking the Guesswork Out of Recruiting 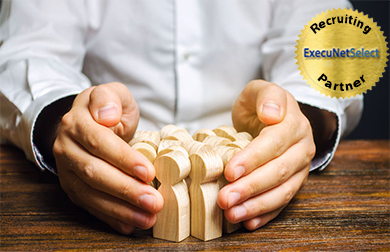 Not so long ago, baseball talent scouts relied on instincts, experience, and intuition. A scout, often a former ballplayer, trusted his gut. Then, along came a new breed of scout: young, Ivy League-educated math whizzes who might not have held a bat since Little League. This new generation grew skeptical of the hit-and-miss results of eyeballing prospects, and instead put their faith in statistical probabilities and the burgeoning field of sabermetrics, as illustrated in Michael Lewis’ book, which was later made into the hit film, Moneyball.

It’s easy to scoff at the criteria the older generation of scouts relied on: tea leaves such as, “Does the prospect have a confident walk?” and “How pretty is his girlfriend?” and other wildly irrelevant indicators of on-field performance. However, before you pick up stones to throw, consider the way in which you hire your company’s talent. Are you relying on your personal experience and instincts or have you installed a sabermetrics-like system designed to minimize the risk of drafting a bust?

A baseball team is only as good as the players who comprise it. Identifying the best available players at each position should, therefore, be the most critical function of every team. The same is true in any profession. I realize that I’m biased, but as a fact and not just an opinion, recruiting great people is without a doubt the most important thing in business.

Don’t just take my word for it. According to the 2016 Conference Board CEO Challenge Survey, attracting and retaining talent is the number one concern of CEOs, regardless of their company size or industry. That wasn’t always the case. Up until very recently, finding customers was the top-priority issue, but now that we’ve hit record-low unemployment, talent is at a premium. Thus, the biggest impediment to growth is the scarcity of talent, particularly “Rockstars,” in the labor market.

Attracting and retaining talent is the number one concern of CEOs.

Noam Wasserman, Professor of Clinical Entrepreneurship at the University of Southern California, estimates that 65 percent of growth companies fail due to people problems. That’s due to either the wrong hires, people in the wrong roles, a lousy culture, or poor relationships between colleagues. If people are the driving force behind your team’s success, then by that same token, people are likely the driving force behind your team’s lack of success.

If you use science—and not your gut—and make the effort to recruit the best people, your company’s potential is limitless. It will win its market and continue to attract and retain A-Players, or what I call Rockstars. This book is the manual for recruiting Rockstars. As such, it could be the most important business book you ever read.

Here’s the scary statistic: The national batting average of hires who meet or beat the hiring manager’s expectations two years after being hired is .500. In other words, 50 percent. That’s right…no more accurate than the flip of a coin. Half of new hires work out, and half fall short. Nevertheless, nearly every business executive I’ve encountered believes deep down that they’re strong at assessing talent. They trust their gut. That institutionalized hubris is the primary reason there is little discussion on this subject. Yet, that 50 percent failure rate would be unacceptable in any other aspect of business, particularly when the cost of fixing the problem is so minimal.

By employing the methodology within these pages, I guarantee that you will increase your hiring success rate to 80 percent, 90 percent, or more. It’ll never be 100 percent—no recruiting process is flawless. But this isn’t rocket science. Recruiting is like any other business skill you hope to master, whether it’s strategy, marketing, or raising capital. It requires focus, committing to an objective, and a standardized process that relies on things that are actually predictive of success.

This 10-step process is based on the patterns that I’ve observed in recruiting more than 3,000 people in my 25+ years as a startup founder, a CEO, and an executive recruiter. I’ve over-hired and under-hired; I’ve overpaid and underpaid; I’ve had people quit the first day on the job. I’ve made every mistake in the book, and along the way, I’ve learned how to de-risk hiring. I decided to write this book because I want to help you avoid the mistakes that I’ve made, accelerate the growth of your business, reduce the number of people you must fire, and find more enjoyment—not only in your business life but also in your personal life.

There are surprisingly few books about recruiting, and the few that do exist are nuts-and-bolts guides that provide how-to instructions for HR managers. Buried in the bookstore shelves of tomes on marketing, selling, raising capital, leadership, and the like, you’ll find just a handful of dust-covered books on recruiting talent. The great irony is that the most important aspect of a business is treated so haphazardly that a coin toss would yield equally accurate results. I don’t understand business leaders who don’t obsess over it and feel compelled to improve.

90 percent of business problems are actually recruiting problems in disguise.

One mistake that nearly all companies make is simply one of nomenclature. They view recruitment as a “cost” rather than an “investment.” The return on investment in people is exponentially greater than the return on any other resource, whether it’s advertising, research and development, or acquisitions of other companies to provide growth. Note, too, that those expenditures are rightfully termed “investments” to be made as opposed to “costs” to be minimized.

If you think this problem is limited to lower-level employees, it isn’t: Four out of ten CEOs fail during their first eighteen months, according to the Center for Creative Leadership. In fact, a Harvard Business Review study puts the failure rate among management hires at up to 60 percent, while pointing out that, in 80 percent of these cases, employee turnover was the result of faulty hiring.

Not only does turnover generate recurring hiring and firing costs, it disrupts continuity, erases institutional knowledge, and worst of all, wreaks all this havoc unnecessarily.

No Replies to "Taking the Guesswork Out of Recruiting"