Not the sugary-sweet teeth-rotting cancer-causing type.

I mean COLA. As in Cost Of Living Adjustment 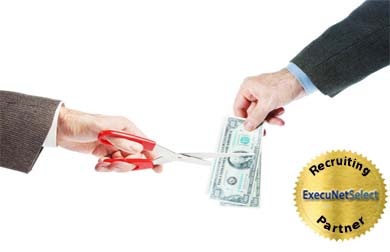 If your company is like most – and you asked/begged/cajoled/required an employee to move from one city to a more expensive city – you provided a Cost Of Living Adjustment.

There are even specific amounts…

Let’s say Dr Pepper moved from Chicago to NYC: he has a 109% higher cost of living.

(Pro tip: I can play with the COLA Calculator for hours. Now, you can too)

But this year, COLA collided with COVID.

And still getting their work done.

The million dollar question: Do/should/will you reduce their compensation since their Cost Of Living is now lower?

That’s why The Wall Street Journal just featured a massive story about the dilemma.

Bottom line: you’re not going to make all your people happy all the time. So not surprisingly, different companies are taking different approaches.

Stripe reduced base salaries for employees who left high-cost cities such as SF. Grateful for job security during an uncertain 2020, many gladly accepted the cuts.

Facebook announced early in the pandemic that where employees were located would affect their pay. Some took cuts of 5-20%.

Okta, the cloud-software company, initially cut pay for relocating workers. But it reversed that policy in April 2021 after it began losing employees.

And that may be the most important point.

Unless all companies cut compensation for employees moving to lower-cost cities, you’ll be at a competitive disadvantage in recruiting and retaining your employees.

And all companies are not cutting.

It’s one thing to initially hire people in lower-cost cities at a lower compensation. But -psychologically- it’s another thing to reduce a talented & proven employee’s comp when they choose to move to a lower-cost city.

Good luck explaining to Mr Pibb why his market value was $100K yesterday and now it’s $83K. For the same work. Same productivity. Same commitment to your company.

If he chooses to move to Vermont, to enjoy the glistening Mountain Dew when he’s not working, why should it matter?

If your employees haven’t begun asking, they soon will.

Get ahead of this. It’s time to decide.

No Replies to "Sorry, Cutting Your Pay"