When a threat seems clear to you, it’s hard to believe others will deny it. Yet smart people deny serious risks surprisingly often.

A case in point example comes from my experience helping a mid-size regional insurance company conduct a strategic pivot to thrive in the post-COVID world in January 2021. While doing a pivoting audit, I observed the underwriting department failing to address serious long-term risks for a number of industries resulting from the shifts in habits and norms due to the pandemic. 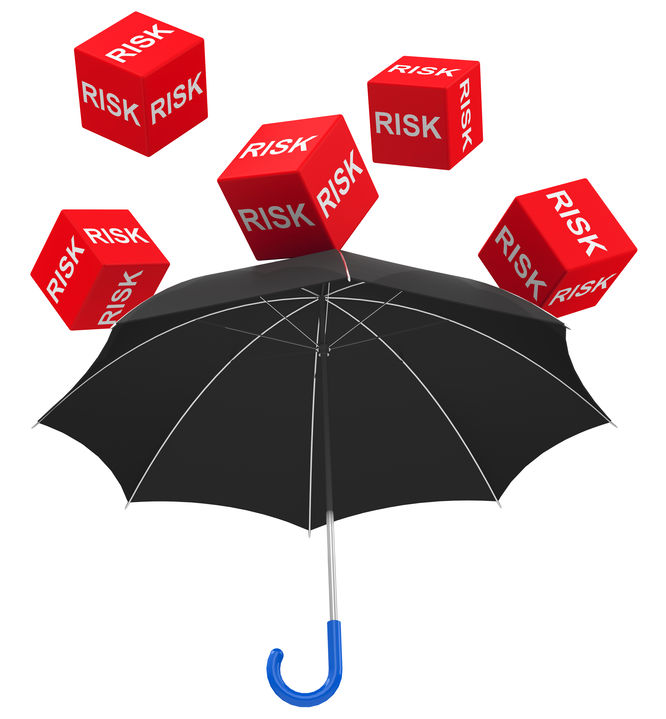 For example, many companies committed to having many employees work from home permanently, ranging from innovative tech companies like Dropbox to traditional ones such as the insurance giant Nationwide. This growing trend makes it more risky to insure providers of commercial real estate, and office-based products and services. The rise of virtual fitness spells trouble for the future prospects of everything from yoga studios to gyms. Similar dynamics pose trouble for restaurants and other industries.

Research shows that professionals at all levels suffer from the tendency to deny uncomfortable facts. Scholars term this thinking error the ostrich effect, after the (mythical) notion that ostriches stick their heads into the sand when they encounter threats.

The ostrich effect is one of over 100 dangerous judgment errors that result from how our brains are wired, what scholars in cognitive neuroscience and behavioral economics call cognitive biases. These mental blindspots impact all areas of our life, from relationships and health, to politics and even shopping. Fortunately, recent research has shown effective strategies to defeat these dangerous judgment errors.

Our intuitive action to overcome risk denial involves confronting people with the facts and arguing with them, but research suggests that’s usually exactly the wrong thing to do. When we talk to someone who believes something we are confident is false, we need to suspect some emotional block is at play.

Rather than leading with facts or arguing, you can use a much more effective, research-based, and easy-to-remember strategy called EGRIP. This acronym stands for Emotions, Goals, Rapport, Information, and Positive Reinforcement.

Your goal should be to show emotionally intelligent leadership and try to figure out what are the emotional blocks inhibiting others from seeing risks clearly. Focus on deploying the skill of empathetic listening to determine what emotional blocks might cause them to deny reality.

A key clue for helping me understand the emotional factors for the CUO stemmed from the CUO’s skepticism toward altering underwriting policy based on climate change risks. He’s not alone among insurance leaders. Less than half of all insurance firms in a 2018 National Association of Insurance Commissioners (NAIC) survey reported having a climate change risk plan.

For this company, it was only in late 2019 that its claims department, especially its Chief Claims Officer (CCO), successfully led the charge to overcome the CUO’s reluctance to integrate climate change risks into underwriting policy and develop a climate change risk plan.

Such tensions between claims and underwriting occur frequently. The performance evaluation of the claims department stems from its ability to minimize claims payouts; the less risk, the less payouts. Thus, claims departments show strong and sometimes excessive risk aversion.

In discussions around the COVID strategic pivot audit, the CUO kept stressing how bad it would be for business to adjust underwriting policy based on risks he felt overblown. He even brought up the recent changes in the company’s climate change risk underwriting policy, about which he still felt bitter. By contrast, the CCO strongly pushed for more heavily weighing the risks of industries negatively impacted in the long term by the pandemic. So, we can safely assume that worries about the performance of his department played a strong role in the CUO’s risk denial.

Step 2: Figure Out Their Goals

Next, you’ll want to figure out the goals motivating their emotions. As part of doing so, try to understand what are your broader shared goals that the false beliefs might block.

While talking to the CUO about his goals and aspirations, he expressed a strong desire to grow the company as a whole, and his department in particular. He resented what he felt as the unnecessary increases in threat assessment for climate change, and saw the COVID-related industry trends in a similar light.

Step 3: Put Yourself on the Same Side By Building Rapport

Next, you’ll want to communicate to them that you have shared goals and are on the same side. Build rapport without necessarily agreeing with the accuracy of their assessment of the situation by mirroring, or echoing in your own words, the points made by the other person, which helps build trust.

With the CUO, I empathized with his desire to grow the company and especially the underwriting department as a praiseworthy aspiration. I echoed, without saying he was correct, his frustration with the claims department, which led the charge on reducing underwriting risks for climate change and COVID-related trends alike.

Step 4: Lead Them Away From False Beliefs Through Sharing Information

After placing yourself on the same side, move to the problem at hand — their emotional block. Show them, without arousing a defensive response, how their risk denialism will lead to them undermining their own long-term goals.

I pointed to the positive flip side of addressing the threat of long-term industry adjustments after COVID. Certainly, permanent remote work for many employees threatened commercial real estate and products and services for the office. Yet it promised a brighter future for private real estate construction, and products and services targeted at work and entertainment at home. The pandemic spurred trends that had as many long-term winners as losers.

The CUO told me he didn’t think of it from this perspective before. He focused on the loss to underwriting from incorporating pandemic-related future developments, not the gains. In doing so, he fell for a cognitive bias called loss aversion, our brain’s tendency to weigh losses much more heavily than gains. Loss aversion poses a particular challenge for risk-oriented industries such as insurance.

I also reminded him that celebrating the winners also meant acknowledging the losers, as part of a broader shift in underwriting. Doing so would strengthen his department going forward by building up its competency to adjust flexibly its underwriting as various forces created new winners and losers. After much discussion, he agreed this was the way to go, and even felt excited about applying the same approach to looking for climate change risk winners.

Step 5: Help Them Associate Good Feelings With Changing Their Minds Via Positive Reinforcement

Conclude your conversations with positive reinforcement for those accepting the facts about risks, an effective research-based tactic. The more positive emotions the person associates with the ability to accept hard truths as an invaluable skill, the less likely anyone will need to have the same conversation with them in the future.

In the case of the CUO, I applauded him for changing his mind. Then, I told him of how research shows that strong leaders welcome learning negative information and updating their beliefs toward reality, so that they can fix the problem effectively; in turn, failing to identify negative facts is a sign of a weak leader.

When dealing with smart people who deny risks, focus on their emotions above all. Use the 5-step research-based strategy called EGRIP to 1) discover their emotions; 2) then their goals; 3) build up rapport; 4) provide information to change their mind; 5) finally, offer positive reinforcement for them updating their beliefs to match reality.

Watch the author’s recorded ExecuNet Master Class, How to Avoid Disasters in Managing Your Career.