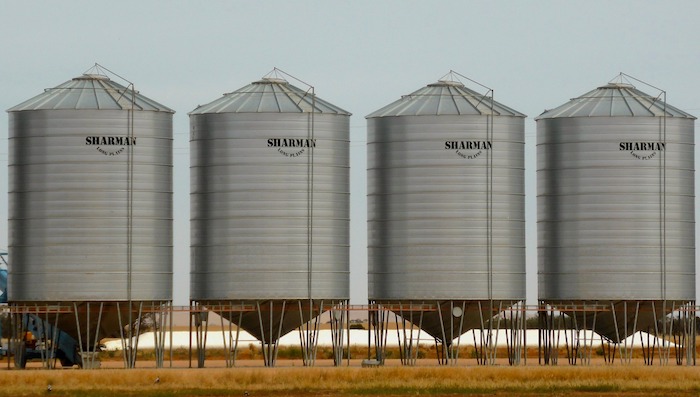 I know, right? Bear with me while I come in under cloud cover, and intercept your thinking with a different viewpoint. I am here to tell you that silos in business are good. Take that as today’s “Signal Intercept From Low Orbit.”

In ‘another world,’ a group of us were debating the topic of silos and one of my esteemed colleagues Davide Casali introduced the idea of ‘dynamic silos.’ (By the way – do click on that link. He has a great blog absolutely brimming with great thoughts, opinions, comment, and wisdom.) I liked that idea, so thought I might expand on his thinking – and explore how they might work.

In business, we talk about breaking down the silos. And we have been talking about doing that for years. Decades even. In short, silos are not seen as good, but for whatever reason – they stick around and just won’t go away.

And, silos are bad because why? Well, to quote Davide, they…

He goes on to shed more light onto the challenge:

“Silos don’t exist due to will, they exist due to inherent limitation of human interactions and limitations. Even if criticized in its detailed form, even if technology helps extending the number to be higher, I think Dunbar’s Number as a general concept still applies: there’s a limited number of people we can actively network with in a productive way.

Today, we can try to automate more, use better communication tools, rely more on asynchronous mail communication, filters and so on. Yet, Maybe we can extend the 150 limit of Dunbar to 200, 300… maybe even 400 or 500 people… at some point, the silo will naturally form.

That’s why I feel we need to acknowledge in a sense how silos are inevitable.”

But there is light at the end of the tunnel because Davide concludes:

“How do we manage this inescapable dynamic, in a way that doesn’t lock down people, communication, and businesses? I think there’s nothing bad in creating a silo purposefully, knowing how it works, and then maybe dismantling it after a while. Shuffling silos is, for example, a strategy to work around this.”

We started organizing our businesses into silos long before Robin Dunbar was even born. Did we innately understand that, even though the theory had not been postulated?

The fact is we created the structures we needed at the time to help us better organize and manage functions in businesses that had become much larger than what we were used to. We did it by using the military as a model, because back then businesses started growing beyond the cottage industries that existed and we needed a way to manage thousands of people and to do that … the only known workable model that had any success was the military. And a couple of hundred years later it is still with us – and I am not just talking silos – after all how often do you hear military jargon like some of these one liners in your corporate hallways?

We even have the people at the top called a ‘blah blah officer’ …. and we have departments called ‘operations’ … and that ‘corner office’ (ever wondered about the origins of the word office (other than that is where one might find an officer)?

… and, just ‘down’ from the corner office is the ‘office with a window,’ just across the hall from the ‘windowless office’ – but it’s still an office, right? Not a cube with a door, or is that a personal cube, or a shared cube … Yes, hierarchy is alive and well in modern corporate.

I know not the truth of the following – but I heard it once said that “the proportion of the carpet to total floor size in a military office was directly proportional to their rank.” Maybe it’s apocryphal? Hopefully, nobody really suffers like this:

Of course, the military never organized themselves around the enemy (that’s ‘customer’ in business language), they ‘organized themselves’ to make it easier to ‘manage themselves.’ And the best and easiest way to manage an organization back then was a top down, command and control set up where there are clear lines of authority.

By the way, that customer/enemy comparison is not offered lightly. Consider how much of traditional ‘corporate speak’ in business is at the very least ‘militaristic,’ if not darn right ‘customer combative.’ We all know that:

… you get the drift. But for some reason, we just accept the terminology, do nothing and allow them to manage us on their terms. I kid you not – this just delivered to my inbox as I am writing this article:

Back to the silos

As a side note, I wonder if the military organized itself around ‘the enemy,’ whether we would have has a better track record over the past 50 years of war – but that’s another article – and hopefully written by someone more qualified than me!

Imagine a real ‘people-centered’ business focused on ‘we the people.’ Imagine if that company wanted to engage with those people in a meaningful way? Yes, there would still be silos (because I think it is clear – silos are the best way to organize teams of people). But, what if those silos were focused on us and because each of us is different and continually changing, those silos were also unique and of course always changing? What would a business look like then?

Imagine if I am a customer of a bank, calling to check if a payment has been received. I don’t know, indeed don’t care of the payment route, I just need to know if the money has been received. So I do not want to work through and/or talk to the silos: 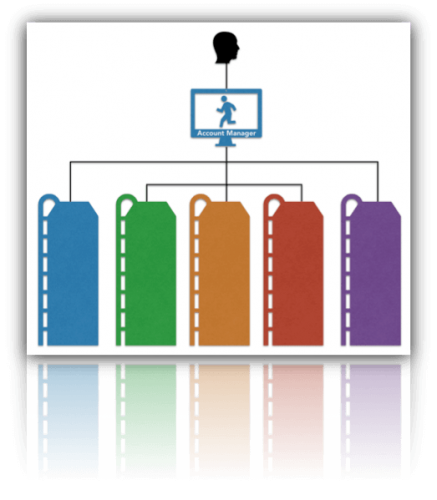 I simply want an answer to my question. (I know – these days banks have added a veneer layer to their organizations for some customers called an account manager – but this is not fixing the problem – the silos still exist, the account manager is your personal interface to the arcane structure of the bank.

How would that bank organize itself to provide that kind of service? And what would THOSE dynamic silos look like? How often would they change?

It’s a term that came to me as I was thinking through this challenge. Over 15 years ago a group of us were working on an issue that we dubbed ‘THE Business Imperative’ and that was that businesses faced an existential threat and needed to rapidly shift their thinking, people, processes and technologies that were then satisfying ‘Producer Efficient Supply Chains’ and realign them to ‘Customer Effective Demand Networks.’ If a business does that, the silo problem is fixed as part of the solution. The problem is that businesses aren’t doing it. Or at least not quickly enough. And so we have these confounded silos.

I opened up with at the beginning of the article I talked disparagingly of silos. And then I concluded that they are actually essential. The fix is not to break down the silo – but to create Dynamic Customer Silos.

Our Silo Hatred is Misplaced

Imagine if those dynamic silos were all about the customer – delighting me at every turn, focused on me – imagine how good I would feel, imagine how loyal I would be, imagine how much I would talk to others about how great your company is. Imagine how much money your company would save with reduced advertising, less customer churn, increased customer growth, improved operations… The only question is, what are we waiting for?

Of course, part of the twist needs to be that people are creatures of habit. So as part of the change, we will need to convince all of the silos that nobody in the corporate ‘owns’ me – or my data. Why? Because I am my own System of Record.

John Philpin’s career spans 30 years, two continents, and organizations as diverse as Oracle, Citibank and GE. A Mathematics graduate, John helps technology companies create, develop and deliver their story for fund raising, market development and influencer programs. He also works with businesses to ensure they understand, and are ready, for the ever accelerating changes that technology is bringing to their industry. John is a co-founder of Expert Alumni and gleXnet and long before futurists and industry watchers were writing about the impending challenges that industries were going to be facing, they predicted a perfect storm of issues like skills gap, declining work forces, the gig economy, people trained to do work no longer needed, demographic shifts, economic and social change, market upheaval and rapidly changing ways of doing work. From the beginning they have promoted the idea that massive change was coming to how organizations should think about their workforce, with a singular focus on simplifying the interface between people and their work. Understanding the challenges ahead of the curve, the solution was built to arrive at a better understanding of the greatest restraint to business operations - competence, not capital. gleXnet provides unparalleled insights into an organizations people and operations by flipping the problem from the perspective of people, not the business. Twitter: twitter.com/jgphilpin

No Replies to "Signal Intercept From Low Orbit"