We All Screw Up, How to Make Our Screw Ups Better!

In a recent interview with my great friend Steve Berglas, we talked about his work teaching people how to deal with their errors, their screw-ups. Steve is an expert on this. An executive coach and management consultant who spent twenty-five years on the faculty of Harvard Medical School’s Department of Psychiatry had a private psychotherapy practice in Boston, Steve is the author of five amazing books, including his most recent Stay Hungry and Kick Burnout in the Butt.

Below is an excerpt from our interview in which Steve helps us understand that we all make mistakes and it’s okay!

Marshall: You know one of the things I love about your work is that you teach people how to deal with their errors, their screw-ups. We all make mistakes. What’s your suggestion for dealing with mistakes?

Steve: The best and most efficient way that a person who has status or stature can deal with an error is by saying, “I screwed up. My bad. Mea culpa.” And there are hundreds and hundreds of examples, but I think the best one is Roberto Goizueta.

Steve: Roberto was the CEO of Coke, and he was fearful that Pepsi was encroaching, so he approved, “New Coke”. Well, the uproar was like Babe Ruth being sold by the Red Socks to the Yankees. It was unbelievable! After hundreds and hundreds of thousands of people protested, he said, “Look, I made a mistake.” And, he gave us back what’s now called Classic Coke. Because he admitted he made a mistake. Because he said to us, “I made an error. I blew it.” And, he fixed the error, Coke’s stock quintupled. By doing that admission of error and vulnerability, he empowered the entire brand.

What happens when you say, “I’m vulnerable,” is people say, “Look that guy’s more accessible, the guy’s more confident.” If a guy can admit his errors, he’s got to have courage. And that’s how you make your screw-ups better.

Marshall: I love it. In my own work I ask people to ask for confidential feedback and in a sense ask them to do the same thing you’re suggesting. I ask them to stand up and say, “I feel good about this, and this and this behavior, and hey, here’s a mistake I made. For example, I haven’t been a good listener. If I haven’t listened to you or other people, I’m sorry. Please accept my apology. There is no excuse.”

People sometimes believe that when they openly admit to errors that people will think less of them. But like yours, my research is very clear, people think more of you. It shows you have the courage to admit you can make a mistake. You have the humility to step up and say it and do something about it. It shows people that you’re a human being, and you’re giving them the respect of not playing games with them.

So, I love your work, I love the new book, and I love this concept. Thank you! 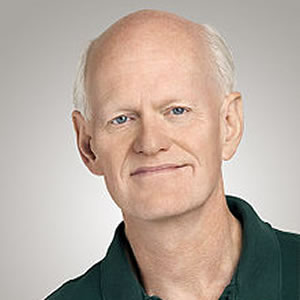 No Replies to "We All Screw Up, How to Make Our Screw Ups Better!"