In Recruiting, Everything Old is New Again

Let’s be real. Young people do some things better than older people. And older people outshine young workers in other ways. Have you ever seen a 50-year-old centerfielder or a 25-year-old baseball manager? 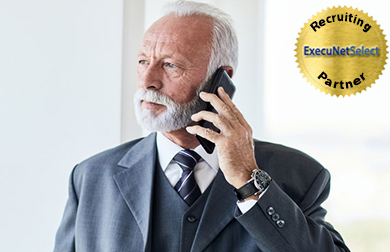 A provocative cover story in the most recent, Harvard Business Review titled When No One Retires, argues convincingly that businesses have little idea on how to respond to the aging employee population or how to build an effective multi-generational workforce.

The world is getting older quickly. By 2035, the number of Americans over 65 will exceed the number of people under 18 for the first time in history. Globally, the ratio of retirees per worker is expected to decline from 8:1 today to 4:1 in 2050.

There’s no turning back.

Global life expectancy has risen from 53 years in 1960 to 72 years in 2015–and it’s projected to climb by 1.5 years per decade going forward. At the same time, fertility rates are falling worldwide–and nowhere faster than Europe and North America.

Businesses have little idea on how to respond to the aging employee population or how to build an effective multi-generational workforce.

Quite simply, you almost certainly will have an older workforce in the future than you have today. By figuring out now how to elicit greater contributions from older workers than your competitors, you will gain an unfair advantage.

But here’s the problem (or opportunity): While the trend toward an older workforce is unstoppable, most organizations continue to favor younger workers in their hiring decisions and workforce strategies. A study based on the responses to 40,000 fictitious résumés conducted by Federal Reserve Bank of San Francisco determined that older applicants–and particularly older women–suffer significant age discrimination. Perhaps more troubling, a 2018 Deloitte survey revealed that, while some companies are preparing for the aging of the workforce, about half of the respondents have done nothing to help older workers. And 20% view older workers as a competitive disadvantage.

To a degree, I understand the bias. Younger workers cost less and–while they lack experience–they frequently are more driven to kickstart their careers than older workers who have settled into comfortable routines and are cruising toward retirement. But at the same time, it’s a huge mistake to overlook the positive attributes of older workers and to fail to provide them with new roles where they can make important contributions into their 60s and 70s.

Sure, young people in general have superior technological skills than older workers–but skills involved in a variety of jobs such as technical writing, human resource management and most types of sales actually improve as a person gets older, according to the research paper “Population Aging and Comparative Advantage.” The challenge for organizations is to leverage the skills, experiences, and ambitions of both young and old workers in a way that provides engaging work, flexible career paths, and work/life integration for all.

But at the same time, it’s a huge mistake to overlook the positive attributes of older workers and to fail to provide them with new roles where they can make important contributions into their 60s and 70s.

If you’re behind the curve on this aging workforce issue, what should you do?

First, get rid of these traditional assumptions and HR policies:

They’re dead wrong. And if you’re unwilling to embrace new workplace strategies and non-traditional paths for individual employees, your competitors will out-recruit you.

Instead of allowing older workers to remain in the same role as they approach retirement, offer them new opportunities such as mentoring younger employees or part-time work that allows you to tap into their expertise without holding back the progression of younger workers.

Re-design your workforce to take advantage of the “gig economy” and encourage retired workers to work for your organization on a project-by-project basis.

Expand your employee development and training programs. Challenge middle-aged workers to develop new skills. For example, push your older software engineers to learn about artificial intelligence or blockchain technologies.
Re-engineer your salary policies to reduce the discrepancy between high-priced senior workers and younger employees so that there is less of a financial incentive to remove older workers or push them into retirement. In select situations, offer older workers lesser roles (and reduced hours) at salaries you can better afford.

Train young leaders to better manage employees that are significantly older than themselves, and teach older employees to coach and mentor young employees.

Assemble older and younger workers with complementary skills on key projects so that they can learn from each other.

Companies that tap into the capabilities of both young and old workers–and succeed in getting them to work together effectively–will have an enormous advantage over slower-moving organizations that devalue the potential contributions of older workers.

Older workers are your future. Don’t get left behind.

No Replies to "In Recruiting, Everything Old is New Again"