Are Recruiters Bullish as We Start the New Year?

Here’s some good news! Executive recruiters are feeling bullish at the start of 2017. 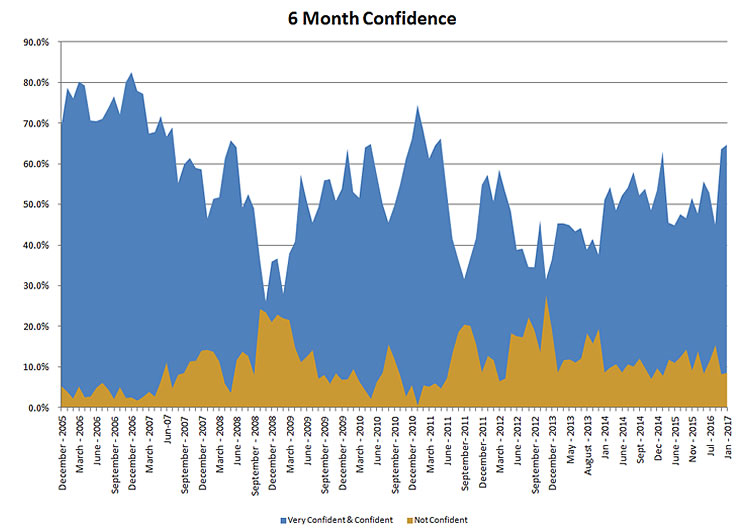 These are the highest levels of confidence shown by executive recruiters since 2010, and there’s clearly a significant upswing since the election.

The results also indicate a broad-based bullishness. I say this because only 9 percent of recruiters were not confident that the market would improve, and overall executive recruiters are indicating they expect an increase in search assignments exceeding 15 percent in 2017.

Very good news for sure!

Executive recruiters also told us companies are intending to add executive jobs as part of this upswing. Our exclusive Executive Job Creation Index (EJCI) soared in January to a +36. this is the highest reading of this index since we started measuring company hiring at the executive level. 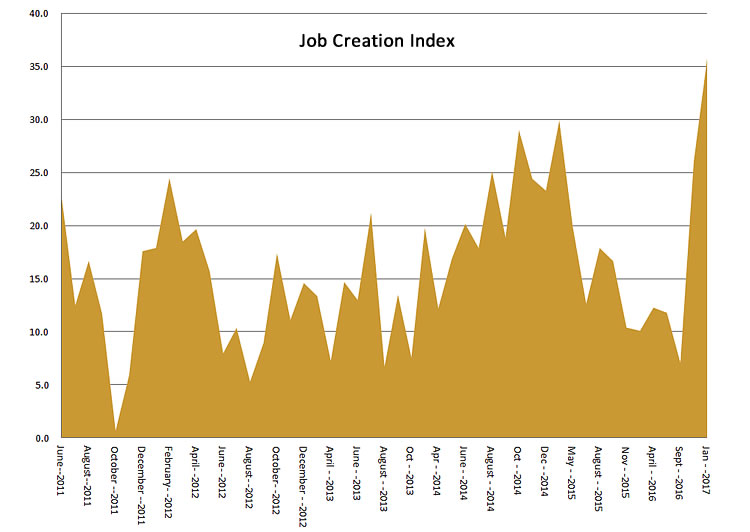 What this means for our members is that we expect to see an upswing in executive positions being searched for in 2017.

In fact, the number of VP-level, C-suite and CEO/President positions being posted or searched for in our network increased over 15 percent in January 2017 versus January 2016. Meanwhile, total jobs being posted and searched has increased by 7 percent already.

Here’s to starting the new year off on the right foot!

No Replies to "Are Recruiters Bullish as We Start the New Year?"