What we see is only visualized after our mind translates the image. In business, our actions can easily be highjack by what we conditioned ourselves to see. Why is it that some can look through things and some only see things as painted with no interpretation? I remember years ago there was a poster the picture was a bunch of squiggly lines. As you stared at the picture squinting your eyes just right, the squiggly lines would come to life as a recognizable image of a person or thing. It seemed every office had these posters hanging in the breakroom.

“When you stop looking for absolutes is when you discover the excitement of the unknown.” 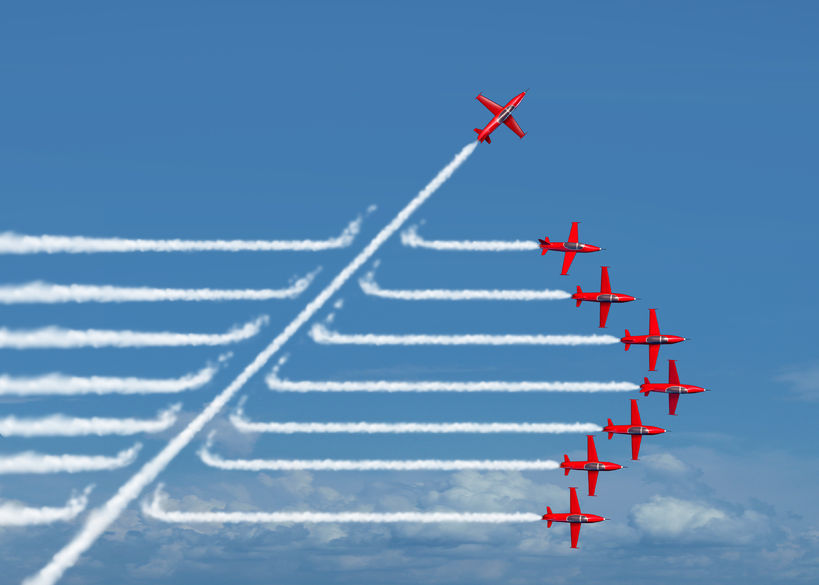 Organizations or industries become victims of obsolescence when they refuse to look through, over, and under what is presented as an absolute. Companies can be so stubborn to what was, it becomes their what is. I was listening to a webinar recently where industry leaders were discussing a threat from a disruptive competitor. First, I would say collaborating with peers in times of disruption is a must. However, when the collaboration becomes a cheerleading session for the past, those trying to get to the future will be sounded out by the noise.

“When you’re stuck in the past run from its cheerleaders to those with an opposing view of the future.”

When collaborations purpose becomes a sounding board for status quo reinforcement, the collaboration then becomes a reunion. Reunion’s brought us up to date on what happened in the past, and Collaboration should be about what can be better or new. As I thought back on this webinar what I didn’t hear became more important than what was said. The collaborators all recognized the disruptor as a competitor. A fatal mistake. Disruptors do not see themselves as competitors they instead see themselves as creators of a new way. Disruption changes the game and with its success the legacy players fight for survival, while the disruptor becomes the customer’s choice. No industry or organization can force a client to stay in the old way, and when they believe they can obsolesce is their future. I call this the “Taxi industry syndrome” Yes some Taxi organizations will still pick up and deliver customers, however, the how, and the means will definitely be a new model. Industries are disrupted when the monetization of the old way is no longer relevant in sustaining the new way. When this happens, the old business model is destroyed and replaced by that of the disruptor. Disruptors change the business model forcing the implosion of the legacy model.

“Innovations come from what others didn’t pay attention to and destroys those who refuse to accept there could be an alternative way.”

Recently we all read where Amazon Web services have become the world’s cloud leader. They went from the laughed at competitor to the disruptive leader. Cisco and others saw Amazon as a weak competitor they could easily win against. Amazon had no intention of competing; their goal was changing the game. The legacy players needed to adapt if they did maybe they could have challenged Amazon instead of falling to them. Amazon ignores the legacy ways and reinvents the means; Amazon understands that replacing the past with the future is more rewarding than being a competitor fighting to be the best of the past. With today’s technology being the biggest last one standing in the ways of yesterday can be a shorter than ever tenure. Organizations must include adaptation in their vision. The future used to be a quest. Today the disruptor brings the future to the present while the competitors of the old way fight themselves for relevancy of the past.

When fighting disruption, the conversation must start with this question. What is the worst that can happen? Without the ability to understand how we could be defeated. We are at the mercy of those who plan and execute our defeat. Many industries will be challenged in this new century. Today’s corporate threat is not a competitor; it’s the disrupter which is fueled by technology and driven to innovate. The disruptor changes the means to the result, and when the customer accepts the changes, the old way dies.

No Replies to "Recognizing the Disruption"