The Question I Ask Every Candidate

I can smell it. The job market is gaining steam. Fast. 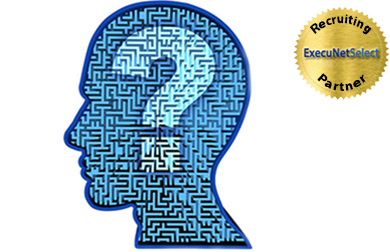 At first, I thought it was just my gut. Finally, this morning, I found some data to back it up: The CEO of Indeed, now the largest online job board, says “There are more new jobs posted on Indeed now than there were right before the pandemic.”

As a refresher, waaaaay back in February 2020, the unemployment rate was 3.5%, its lowest in 50 years. I regularly saw people field 2 or 3 job offers in a week. And your teams’ phones were blowing up with Headhunter calls.

While some industries, cities, and companies have been decimated, others have scaled to capitalize on the “new normal.” Ah, capitalism.

That means you’re likely to be hiring soon. And to help, I wanted to share the question that I ask every. single. candidate.

I ask of every candidate:

“Would it be alright if we talk about compensation?”

Note that I don’t ask their current compensation – which is irrelevant and against the law in eight US states .

I have no idea if we can afford this person, or if their current employer underpays/overpays/has given them piles of equity/etc.

So I bring up compensation on the very first call. Tactfully.

I’ve found that 99% of candidates appreciate it. They have no interest in wasting their time on a recruiting process that’ll end with an offer far below their threshold.

And that’s the key word: threshold.

I’m trying to find the candidate’s threshold. And each candidate has a different one. I assume nothing.

Particularly in the New Normal, where some candidates are considering a change as their personal officing preferences (I want to work from home, I want to go back to the office, etc.) differ from their employer’s post-COVID plan.

Towards the end of my 20-minute phone screen, I ask “Would it be alright if we talk about compensation?”

The 2-second pause is enough to let the candidate decide how they’d like to approach the topic.

Some candidates spill their guts and share their base, bonus, equity, perks, and the like. I take notes.

Other candidates give broad parameters. “In my next role, I’d like to earn X” That’s sufficient to know if we’re in the ballpark. I don’t turn the phone screen call into a negotiation.

Some candidates ask what the role pays. And I tell them. In fact, I give them the top of the range. Because I presume that we’re only going to extend an offer if we’ve found a Rockstar. And Rockstars make top of the range. So it costs me nothing to share the max we can pay. No game-playing.

A few candidates know the #1 rule of comp: don’t talk first. They continue the pregnant pause, until I break the silence.

The point is: compensation levels were skyrocketing until Feb 2020. Then they flatlined, and in some cases, declined.

That’s about to change.

No Replies to "The Question I Ask Every Candidate"