The Power of Being Wrong at Work

Why certainty is dangerous and humility leads to success.

George had an idea for a new service that his employer could offer to customers. He used his charisma to sell it up the ladder, and soon the project was moving forward. The only problem? He hadn’t validated his assumption that customers wanted this service. And he didn’t realize his mistake until many company hours had already been spent on the project. 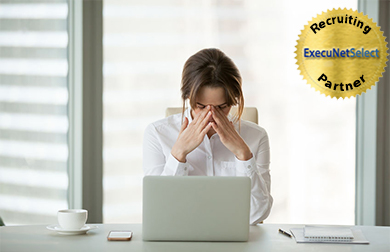 In 2009, the company BlackBerry accounted for nearly half of the smartphone market. Its creator believed that the device’s primary purpose was for sending and receiving email, though many of his engineers disagreed. By 2017, BlackBerry’s market share had fallen to 0.0%.

In his recently published book Think Again: The Power of Knowing What You Don’t Know, psychologist Adam Grant discusses why it’s so important for professionals to be wrong and learn from their mistakes. But it isn’t easy to admit mistakes in a competitive workplace environment—and not every company culture rewards failure as a necessary step on the path to success.

Here are a few tips for navigating being wrong at work.

It isn’t easy to admit mistakes in a competitive workplace environment—and not every company culture rewards failure as a necessary step on the path to success.

Knowing what you don’t know is an essential ingredient of self-awareness. Recognizing your blind spots helps you think with a beginner’s mind, staying receptive to new information and eager to learn. The opposite is a trap that Grant refers to as “founder syndrome” in his book. As humans, once we experience success, we tend to overgeneralize the reasons our idea worked, leading us to recycle old ideas, frameworks, and mental models.

“When you think like a beginner rather than an expert, you can round out your thinking before committing to a course of action that may lead to costly mistakes,” says Deborah Brown, a managing principal in Korn Ferry’s Leadership and Talent Consulting practice.

It’s a common impulse to surround yourself with colleagues who reinforce your perspective, especially as you rise through the ranks in your career. Before you find yourself in the C-suite with no one who’s willing to challenge your opinion, seek out opposing viewpoints now. People who are unafraid to push back often play the most important role in pressure-testing ideas, so career experts recommend habitually soliciting the views and perspectives of contrarians.

“Listen actively from a non-defensive stance and with a spirit of genuine curiosity to encourage others to share their authentic—not people-pleasing—views,” Brown says.

If you’ve learned that you were wrong about something, the best way to apologize and correct it depends on the situation and how it may have affected other people. In the earlier example, it would be inadequate for George to admit his mistake to one or two people when it had ripple effects across multiple teams in the company. On the other hand, in a smaller and more private situation, a public mea culpa would be overkill.

Change Your Surroundings, if Necessary

While you have the power to model an openness to being wrong within your own scope of influence, workplace culture is usually modeled from the top. If your company rewards overconfidence and you’ve never seen the higher-ups admit a mistake, remember BlackBerry as you dust off your resume. “In your job search, seek out a culture that’s capable of honesty, self-correction, and renewal,” Brown says.

No Replies to "The Power of Being Wrong at Work"