The Power of Your Point of No Return

“Such a great potential! But he hasn’t suffered enough yet.” 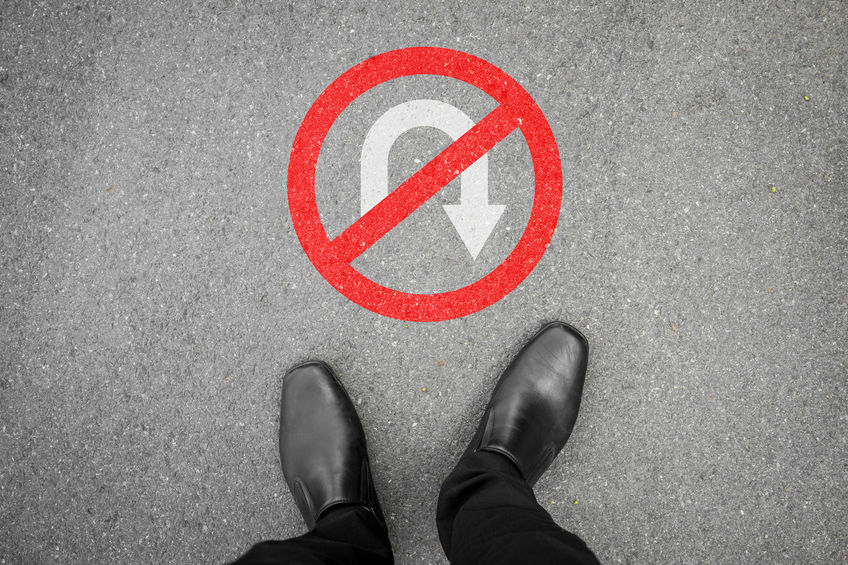 This is a conclusion that my friend Maurice and I would sometimes draw after meeting some people who gravitate around us. You know, those sincere people who are full of good will, who believe in other people’s success and show so much faith in the company they work for, even though it is visibly a one-sided relationship. And I’m not stating this in a pejorative way: I simply happen to talk to people who go through this every other day.

While we do not wish for people to suffer needlessly, we believe that some kind of professional suffering is a necessary step when one wishes to reach a certain level in their career. I know a thing or two about that, as I went through this, and I suffered. A lot. Then I said “Enough! I’ve given enough. Never again!“ Let’s name it the call for the emancipation of our career. And this milestone, we wish for everyone to reach it one day.

The day I went past my point of no return

I remember it as if it happened yesterday. It was during the month of June. My teams and I worked more than 75 hours per week for more than a month for a client that definitely didn’t deserve any of it. And, of course, I saw this coming months ahead, and I also predicted that we would lose a lot of people if the situation persisted. In the end, one-third of my direct colleagues resigned following this Death March. All of this sprinkled with an I-told-you-so feeling that didn’t contribute to alleviating any of my frustrations, and on this fair day of June, I got the icing on the cake: I learned that the client would send someone to manage my teams and “get them back on the right track”. Not any guy, you see, but someone who could have very successfully managed a sweatshop in the 40’s. That kind of manager. And I must salute my then employer for not tolerating this situation, and for putting an end to it a few weeks later. But for me, this news was enough to make me go past the sign that says Point of No Return.

So, on this fair day of June, I was enjoying this well-deserved beer, when I suddenly expressed my gloominess in a statement similar to this:

My professional environment isn’t ready to do what it takes to put and keep people at the center of the workplace. Since it’s my vocation, I’ll be the one to do it, and I’ll go do it somewhere else.

I will always remember the look on Maurice’s face as he asked me this question:

At that moment, Maurice could very well have been the Agent Smith character in the movie Deadpool. Mr. Fortier, you’ve finally hit “f%@# it” –Agent Smith … The difference being that in Deadpool, Agent Smith is a bad guy who wants to turn Wade Wilson into a super-villain to dominate the world. Maurice, though, believed I could become the super-hero who could change the work world.

Why is it a milestone in someone’s career?

There are many reasons why such a moment will be an incredibly important milestone in someone’s career. Here are those reasons.

It is the confirmation that you have articulated your vocation

It is the crystallization of your values

When you hit your point of no return, it is also the confirmation that you know, and most of all respect the values that are non-negotiable for you. It is the pivotal point where you decide that your values are not to be trampled on anymore. From this point on, everything will look simple to you. And if you already found your vocation, dilemmas will never be dilemmas anymore. They will simply become crossroads for which your vocation and values will dictate the way to take. You will simply have to follow these indications that only you can understand and interpret.

You will never look back

Obviously, since you passed the point of no return, there’s no going back. It can be a good thing or a curse. But you got to turn it to your advantage. Once you realize that no one can stand between you, your vocation and your values, it will be quite obvious that you can’t go back in situations where this happened daily.

This means that your tolerance threshold towards organizations or people that are toxic for you or your vocation will lower. Drastically.

One could say that you still won’t know what you want, but what you don’t want will become dazzlingly clear. It will greatly reduce the number of possible choices you might have, but it will practically eliminate any time loss with unacceptable situations you would have tolerated in the past.

For my part, going past my point of no return critically limited the number of companies I could thrive in. To the point where I was told, most companies will probably be too conservative for my taste and values, and I might have to create my next work environment myself. I don’t see that as a curse but as an opportunity. Only time will tell.

Never again will you be a victim

And for a while, you will wonder how and why you tolerated “all of this” for so long. Once you reach this step where you won’t accept the unacceptable, you will have become the main actor in your career, rather than its victim. By no means will you always be in control (because, let’s be honest, no one ever really is), but you won’t see any benefit in asking for the permission to do your job, to take an initiative or make a decision that needs to be made. Your need to serve your vocation will be greater than your need to stand out, to avoid making waves or to deal with office politics.  You’ll have to get used to it. Your direct manager isn’t your boss anymore, your vocation is.

From now on, you are the one interviewing organizations

There’s no point in mincing words: the ball is entirely in your court. You will immediately discard from your list any organization that might interfere with your vocation. And if by any chance, you became such a champion of your own cause that people associate it to you, you might even avoid having to go through those long and painful hiring processes, since organizations that believe what you believe might actually go and get you directly.

So, if you happen to hit your point of no return, for pity’s sake: break free of your restrains, sweep all that stands in your way and let the whole world benefit from your passion. It will be much better for it.

Oliver Fortier is first and foremost a believer in human beings. Owner of the blog Primos Populi -- which is Latin for People First -- his focus is to find innovative ways to bring back (and keep) people at the core of businesses, and ensure they can thrive. A manager, agilist, servant leader, facilitator, and former Scrum Master, all of these interesting titles and roles represent only the means to achieve what he truly believes in: cultivating people's awesomeness. His favorite things to reflect on are leader-leader relationships, psychological safety and the right to fail, career and personal development, humanity in recruitment, and how to lower the center of gravity of decision-making processes. Considering that businesses wouldn't exist without people, can one imagine how powerful it would be if all employees wholeheartedly wanted to be in their organizations, and wanted to do what they do? This is the work world Olivier wants to live in, and the goal he set for himself.

No Replies to "The Power of Your Point of No Return"