The Power of Forgiveness

On 6th September, a long newscycle ago, a policewoman (Amber Guyger, 31) walked into an apartment. Mistaking the abode for hers she shot a man, blankly as he sat unaware of her unease, on the sofa. Through fear for her own life, Guyger opened fire and killed the unarmed Botham Shem Jean. Unfortunately, the circumstances felt like a replay of the racially tinged interplay between mostly white policemen aggressors and the African-American citizens. There has been much written about the case: from the original light sentencing (originally manslaughter and then later changed to murder) to the Guyger’s ‘racist’ past. 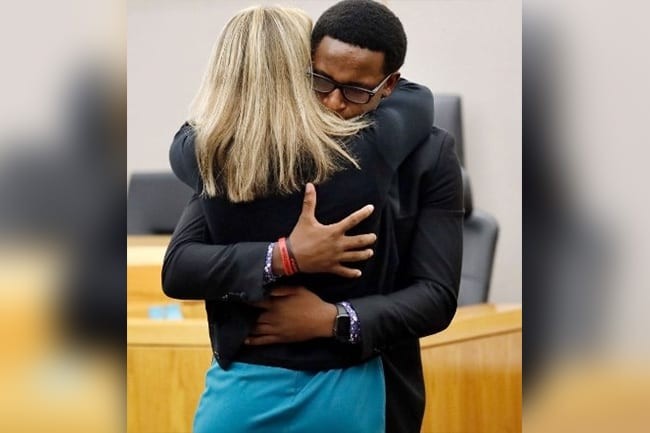 However, what is most difficult about this story for many people seems to be a painful forgiveness which Botham Jean’s brother (Brandt) delivered to Guyger. Softly spoken and said to a hushed room, Brandt stated: “[I] forgive her… I love you (Guyger) just like anyone else and… I want the best for you… I love you as a person and I don’t wish anything bad on you.” Then, looking to the Judge he asked her permission to hug Guyger, where they hugged in the silence of a stunned courtroom.

Brandt’s actions are themselves small: a gently rolled out speech and a simple hug. But, you’d be hard-pressed having understood the history and the details of this killing not to be moved by the scene. His youth and nervousness are evident by his glasses and fidgeting before he steps out of the witness box to greet Guyger.

Many social commentators have commended Brandt for possessing the strength of character to forgive. They repeat that they couldn’t, were they in his circumstances. It is this part of the trial that I looked at and admired.

Forgiveness is the ability to “release resentment” and instead habor neutral, or as was the situation here, positive feelings about the other party. True forgiveness is hard. But, the health benefits are immense including an elevated mood, reduced blood pressure and heart rates and a more positive or optimistic outlook. Unfortunately, forgiveness can often seem like the ‘weaker’ option. It’s paradoxical as forgiving others is not often the easiest option. It takes work to truly forgive, but there is a process.

There is a lot written in religion about forgiveness, most of the Google searches for this article quote verses from various religious texts and Brandt’s source of forgiveness stems from his belief. However, we can all learn to forgive: to improve our mental and physical wellbeing and to increase our overall sense of compassion for others. 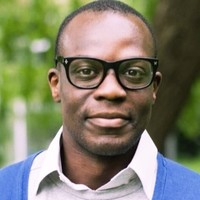 No Replies to "The Power of Forgiveness"