Why Personal Development is Critical to Your Happiness

What do you focus on? Money, career, goals, bills, family? The things you have to do. The time you don’t have. The money that you may or may not seem to make enough of. Have you resolved to put your head down and keep on grinding until you finally reach your goal so that you can give yourself permission to be happy? Or maybe it’s a little more outward focused. Political turmoil, the news, what’s going on with friends, family or co-workers? On a scale of 1-10, 10 being the highest, how happy are you? Most people carry a sense of dissatisfaction or regret. Some are downright unhappy. 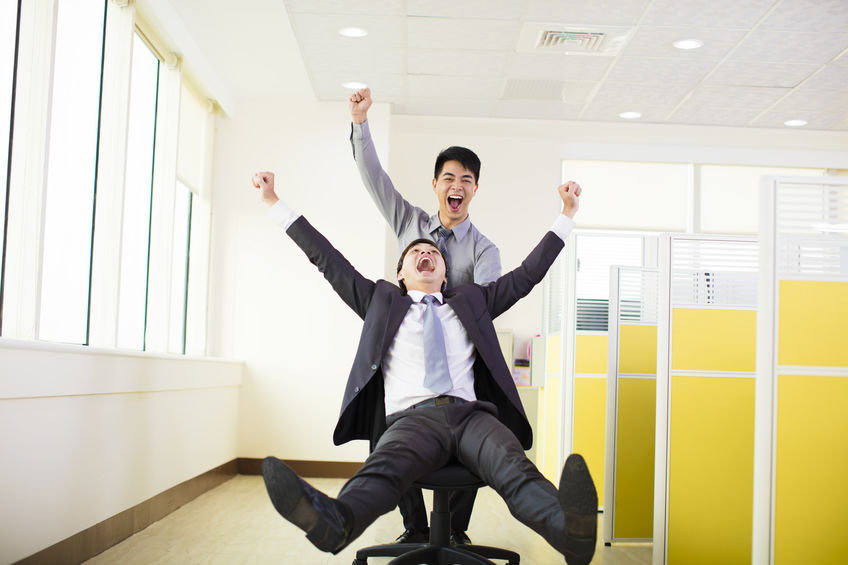 Here’s a sobering fact: the Center for Disease Control report that 47,173 American’s died by suicide in 2017. That same year, there were 1.3 million attempts. That rate is steadily increasing and is the highest it’s been in decades. Why is this?

The problem is that we are hardwired to focus on negativity:

We focus on fitting in because to not fit in means we will be ostracized. Thousands of years ago, that would have been certain death. Today, we intrinsically fear it, when it couldn’t be farther from that.

We focus on other people’s reputation and maybe even gossip about it ourselves. Again, thousands of years ago, this was crucial to the fitness of our tiny society. Someone who couldn’t be relied on to pull their own way or contribute was a freeloader. In a life or death scenario, societies couldn’t afford freeloaders, and there they were shunned. Nowadays, while freeloading is still an issue it’s not life or death. Yet we put the same intense focus on other people’s reputation and the gossip around it.

Similarly, we are preoccupied with how others wronged us. We hold on to grudges or even wish to seek revenge. Others do seek it. Again we are biologically hardwired to do and think this. When someone wrongs us, we have to send a signal to them and others, that there are consequences. So we engage in tit for tats. If we don’t, people will learn that they can take advantage of us. But our biology didn’t evolve to incline us to a higher level of thinking and being.

We are biologically wired to focus on the negative because that again was crucial to survival. The deadly plants, signs of deadly diseases, or deadly animals were real and imminent threats. Today, the only plant we seem to have to worry about is the occasional poison ivy in some hiking areas and mosquitos. Bills, traffic, everyday annoyances of people’s nuanced personalities are threats to our comfort, but they aren’t imminent threats to survival. Yet psychologically and biologically, we are still responding in all the same ways.

We focus on artificial signals of wealth. The fancy cars, the Louis Vuitton bags, the Gucci shoes, flashy jewelry, and other designer, luxury accessories. We have an innate response when we see others with it, and we crave others to respond in that same way to us. Again, this is a biological hardwire of signs of fitness. At it’s most primal level, it is the proverbial peacock showing that we are the ideal mate.

When we take a 30,000-foot view, we see that what we focus on, isn’t really ideal for our modern day well being and happiness. Scientific and technological innovations have catapulted our society so far in advance that our biology has not had time to catch up and adjust. We are hardwired for survival first, with happiness and satisfaction second. We are able to be happy, if and when there is no danger. Yet our mind is constantly on the lookout for the next life-threatening event. Hence the chronic levels of stress. We have not yet caught up to the reality of our times when life threats are now far and few. Is it really surprising that the leading cause of death is heart disease followed closely by cancer? Many will argue that this is linked to or directly induce by stress.

Under these new conditions, we are sentencing ourselves to a life of stress, unfulfillment, and overall dissatisfaction with our lives. When this is what we are focusing on, because of outdated biological hardwiring, we run the risk of looking back on our lives and recalling our preoccupation on what we didn’t have, what we struggled with, the time we didn’t spend appreciating those we loved. Or focusing on how disagreeable people have been or how they treated us. How much time did we waste in that preoccupation because we didn’t let it go? Or the time we didn’t take in the measure of the beauty around us. Happiness was a luxury that our ancestors couldn’t afford preoccupy themselves with. That is not the case today. Over 200 years ago, even the forefathers of America had insight into this which is evidenced in the quote from the Declaration of Independence, “We hold these truths to be self-evident, that all men are created equal, that they are endowed by their Creator with certain unalienable Rights, that among these are Life, Liberty and the pursuit of Happiness.” Yet two centuries later, we still haven’t yet grasped the true meaning of that.

To end this cycle we must cultivate the evolution of our own mind through personal development.

The good news is that this is 100% achievable no matter what age or stage we are in! The human brain is now con­sid­ered to be a high­ly dynam­ic and con­stant­ly reor­ga­niz­ing sys­tem capa­ble of being shaped and reshaped throughout our entire lives. It is believed that every expe­ri­ence alters the brain’s orga­ni­za­tion at some lev­el. This is possible through neu­ro­plas­tic­i­ty and neu­ro­ge­n­e­sis. Neu­ro­plas­tic­i­ty refers to the life­long capac­i­ty of the brain to change and rewire itself in response to the stim­u­la­tion of learn­ing and expe­ri­ence. Neu­ro­ge­n­e­sis is the abil­i­ty to cre­ate new neu­rons and con­nec­tions between neu­rons through­out a life­time. This new par­a­digm con­trasts with tra­di­tion­al ideas of the human brain being a fixed and essen­tial­ly lim­it­ed sys­tem that only degrades with age. Which means with time and practice, we can learn to change anything. Think of it like traveling to London and having to drive on the other side of the street. It’ll be strange, awkward, and disorienting at first. It’ll take practice and focus, but over time, we’d adjust and acclimate.

While this is a situation of immersion, where we have no choice to adapt, this is more difficult in every day lives where we aren’t immersed and we have more flexible choices. Often, we choose the path of least resistance which most likely doesn’t include change.

If we want to change, it takes strong intentions, a plan, time, someone to coach you through the shifts and to hold you accountable.

Only when mindfulness reaches a critical mass in our population will we begin to evolve as humans.

No Replies to "Why Personal Development is Critical to Your Happiness"