There are 3,671 public companies with $500 million-plus in revenues in the United States—half the number as in 1996, according to a Nov. 17, 2017, Wall Street Journal op-ed piece. In contrast, private equity (PE) has quietly exploded, with an estimated 17,103 portfolio companies today, according to Private Equity Info. The vast majority of these companies have boards. But why? Public companies have little choice. Private companies have little obligation. Yet both company types typically have a working board of directors that meets regularly, sets agendas, and has committees.

PE firms aren’t exactly known for their lack of IQ or a shortage of scrutiny on every dollar spent on general and administrative costs. While the value of having boards at PE-owned companies is largely anecdotal, insights from those who manage portfolio companies or have served as directors of such companies reveal the ways in which having a board can be critical to sustaining the success of a privately held company.

Why the Hold Period Matters

The average PE firm owns a portfolio company for 5.6 years, according to Private Equity Info, which makes for an environment operating at a breakneck pace. The PE firm’s agenda in a new investment typically kicks off with a comprehensive 100-day plan, providing a lightning start on a strategic plan that will also wring any excess spending out of the equation from the very first second of the hold period. Keep in mind, PE is driven by three measures:

“Putting a board in place and doing a GAAP audit are essential to our 100-day plans,” says Pamela B. Hendrickson, COO and vice chair of strategic initiatives at The Riverside Co. Hendrickson is a 13-year veteran of Riverside where she oversees a portfolio of 81 companies. “There’s no time to mess around in this high-multiple environment. You really need the growth plan pretty quickly. A good board will help you formulate as well as identify pitfalls.”

What’s in it for the PE Firm

“When you’re working with other people’s money—i.e., limited partners—you can’t run [the company] like a proprietorship. No one person has the answers,” says Allan Grafman, a former operating partner at Mercury Capital. “With a good board, we get to the destination faster, and usually with a smarter answer, with more of the right people rowing. I’ve never seen a portfolio company without a board.”

“Various entities are formed to limit liability. A properly structured and run board can add to the shield,” says Robert S. Tucker, managing director at Capital Partners. “A board takes an interest on behalf of investors, lenders, and employees while others aren’t watching, caring about the interests of those who aren’t always there.”

Hendrickson adds: “I can’t think of a time when we didn’t put a board in place. Even our Strategic Capital Fund, where we take minority interests, insists on a board where we (the investor) will have one director. Governance is so much of our focus. If proper governance is in place, everything else will follow.”

The value of a board is underscored upon exit of the portfolio company, says Tucker. “Every PE firm obviously discounts the management projections by some number, based on the perceived quality of management and other factors,” he explains. “To the extent that there are tight practices, audits, key performance indicators, rigorous reporting, all decrease the discount. The lack of a board would result in a larger discount. Existence of a board with meeting minutes signals a higher level of professionalism.”

Hendrickson also believes that company valuations are influenced by the existence of a board. “Valuations are definitely more art than science. A seller doesn’t want the lack of a board to be one more thing the buyer believes he will have to fix. And on Riverside’s exit, one reason we get paid well is we’ve done these things right,” she says.

The value boards bring to smaller companies is enormous. “Good outside directors will often see things the CEO misses and will ask provocative questions and push for alternate scenarios,” Hendrickson says. “For example, ‘Have you ever thought about…?’ and highlight potential pitfalls calling on their own experiences.”

An informal survey of managing directors and operating partners suggests that the number of portfolio companies with boards is likely 85 to 90 percent. Said one fund manager: “Operating partners with investment banking backgrounds make crappy operators. You need outside directors who have been there, done that.”

The surveyed managing directors agreed that there are compelling reasons to create a board, although the execution varies: larger private equity groups tend to have a more structured approach, while smaller private equity sponsors are more ad hoc. In both cases, the board model is the same. The model calls for one outside director with industry expertise and a second director with deep functional expertise in the area crucial to the portfolio company. One operating partner suggested what he called the “unanimous success formula” for private company board composition. The elements of this formula include:

Capital Partners’ Tucker believes that larger private equity firms will all have boards. Only small, and perhaps fundless sponsors, might not have a formal board. Tucker also believes in smaller board sizes. “Typically, five or seven members [is best], and always an odd number,” he says. “The independent directors bring value with an outside perspective and an ability to challenge the inside thinking.”

There may be pushback from a CEO who really doesn’t want other people in his or her sandbox. “Boards that are too energetic can get in the way,” observes Tucker. “But I haven’t seen management resistance, though there may be some grousing unbeknownst to us. And while SOX [the Sarbanes-Oxley Act of 2002] is a public company regulation, tentacles of it nevertheless emanate to the private markets.”

What’s in it for Directors

If you’re being checked out for a portfolio company board role, one of your first questions should be where the company is in the PE firm’s hold period. If the firm is just buying the company, great— everything should be going well unless this was a distress sale (and you’ve already climbed onto the fire truck). Otherwise, you’ve got five years to hopefully gain some stock-option appreciation. If there are fewer than four years left in the average hold period, the runway for your options is obviously shorter. And no living pilot would think to take off from halfway down the runway.

“We’re careful in the selection process,” Hendrickson says. “A small company board is a lot of work, and that makes the process mutually self-selective. The better outside directors get asked back again, and all are invited to our annual Riverside University two-day offsite,” which, she adds, is both “an educational experience and a perk.”

Unlike public companies, private companies tend to start with just two of the usual board committees: audit and compensation. There is no burning need for a nominating and governance committee since,given the shorter runway, there is not a lot of time devoted to CEO succession. With a typical hold period of 5.6 years, CEOs aren’t given the benefit of the doubt very long. One private equity CEO remarked that he felt his tenure was like “the half-life of uranium.”

Directors are likely to be involved in the full bandwidth of the agenda, considerably more than in a public board environment. And since the board is smaller than at a public company—typically comprised of the CEO, two directors from the private equity firm, and two or three outside directors—the atmosphere and interaction between board members and management will be a lot more intimate. Hendrickson demands that “outside directors be active, provide insight and direction, and ask hard questions.” The hidden value of the board, she says, may be that “the operating rhythm of a company is in large part set by the board meetings. It forces discipline.”

Again, brace yourself for the rocket launch provided by the PE firm’s 100-day plan. While the work falls squarely on the management team, the board is close enough to the action to be watching and feeling the artillery fire.

“The 100-day plan is actually the first strategic exercise,” says Mark A. Pfister, CEO of Pfister Strategy Group and author of Across the Board: The Modern Architecture Behind an Effective Board of Directors (M.A. Pfister Strategy Group, 2018). “Boards with extensive strategic planning experience have historically outperformed those lacking this important discipline.”

A new strategic plan is typically in order, and the PE firm will book an offsite with the management team and board, usually with an experienced strategy-work facilitator. The opportunity and expectation should be for outside directors to add their personal value—knowledge of the category, high-level introductions, experience with companies in similar stages of growth, and the like. Talk to the PE firm in advance, and gain insight as to their expectations for the session—and plan to earn your keep.

A PE firm is likely to have piled on a hefty portion of debt, so “covenant watch” is an integral part of the board’s responsibility. It’s easy to scrape close to the guardrails when you’re speeding along at 160 miles per hour, so management should provide the board with a rolling eight-quarter covenant projection model. That way, the company is in a position to alert the lender months in advance and hopefully remain on the forward side of credibility.

Outside directors often serve a double role—vetting board or management candidates, and conversely selling those candidates on the opportunity. Enthusiasm is contagious—and appreciated. Another valuable role played by the outside director is that of a confidant and sounding board to the CEO. After all, it is lonely at the top, and even the CEO needs someone to confide in and, occasionally, vent frustrations. It’s better to do that with a director than with subordinates. The best outside directors I have had in my four CEO roles were those who offered an ear to me, and in my years as a director, I’ve returned the same courtesy that was thoughtfully given to me.

Blink twice and, a couple of board meetings later, the target setting for the next year’s operating plan will begin. It may feel like the final approach, but these budget-setting conversations can be testy, given that potential bonus dollars will be on the table.

And so the cycle continues. With one additional nuance: it’s never too early to be thinking about the exit. In truth, it actually began before the acquisition closed. 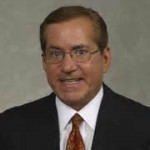