How Organizations Can Embrace LGBTQ+ Talent

A conversation with Kevin Jennings, CEO of Lambda Legal

Since its founding in 1973, Lambda Legal, a leading LGTBQ+ legal advocacy organization, has played a central role in many of the landmark legal cases that changed lives for lesbian, gay, bisexual and transgender communities in America. Lambda was co-counsel in the 2003 Lawrence v. Texas case, in which the Supreme Court ruled that anti-sodomy laws were illegal, and in 2015′s Obergefell v. Hodges, where the court legalized same-sex marriage in the United States. 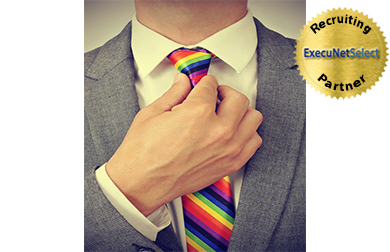 Yet despite the successes of the last five decades, Lambda Legal CEO Kevin Jennings said there remains much work to be done for LGBTQ+ individuals. He cited recent efforts in many states to deny health coverage to transgender people, the growing use of religious exemptions to allow organizations to ignore certain non-discrimination laws, and the introduction of more than 300 anti-LGTBQ+ laws in 2020. Discrimination occurs throughout the lives of LGBTQ+ people: one-third of all homeless youth in America are LGTBQ+, while on the other end of the age spectrum almost half of same-sex senior couples experience adverse treatment when seeking housing.

So, even as Lambda Legal nears its 50th anniversary in 2023, Jennings expects the organization to continue to need to play an important role well into the future.

“I wish I could tell you that after 50 years, we were planning to close up shop,” Jennings said. “But the opponents of equality are going nowhere. They are digging in their heels. They’re fighting harder than ever to deny equality. And it’s absolutely critical to recognize that the people who really get hurt here are people already vulnerable: kids, poor people, seniors. We have a moral responsibility to do everything we can to make sure that these people who are being hurt are granted the protection of law.”

As part of Spencer Stuart’s celebration of 2021 Pride Month, our North American LGBTQ+ Affinity Group invited Jennings to a discussion about the history of the LGBTQ+ rights legal movement, what hurdles remain in Lambda Legal’s ongoing advocacy efforts, and how to better embrace LGTBQ+ talent within our firm and for our client organizations. Jennings has spent more than three decades as a leader in the LGTBQ+ movement, including creating the first school-based Gay-Straight Alliance club; founding of the Gay, Lesbian and Straight Education Network (GLSEN); and serving under President Obama as assistant secretary of education.

Below we look at some of the major themes of our discussion with Jennings.

Embracing LGTBQ+ Diversity in Your Organization

Corporations have a “uniquely powerful voice,” Jennings said, when it comes to making a difference on issues of diversity, equity and inclusion.

“I think that it’s important for governments and corporations to understand that when it comes to sourcing talent, you will get the best if you have a non-discriminatory environment,” Jennings said. “It’s simply a fact that that the broader your talent pool, the more likely you are to find talented candidates; the more you exclude any group of people from the talent pool, the lower number of good candidates available for hire.”

Of course, legal and privacy regulations regarding sexual orientation and gender identity can make gathering data difficult, especially in places where there are discriminatory laws. But those hurdles are no excuse, Jennings said, for failing to develop a strong gay, lesbian, bisexual and transgender community within your organization. In fact, not having a strong LGBTQ+ community within your organization is more likely a sign that you need to look in the mirror to see whether you are fostering an inclusive environment that truly embraces diversity.

“If you’re not hearing anything from LGBTQ+ people, the odds are that they feel so silenced and excluded that they’ve made themselves invisible,” Jennings said. “It’s not that they’re not there. That’s statistically impossible. There are many qualitative things we can do to raise visibility and create an environment where people feel more comfortable being themselves.”

He said that organizations that highlight LGBTQ+ role models and lift up the stories of people who are out demonstrate that their place of work is one where individuals can be themselves and thrive. He also said that companies can take more active steps to remind LGTBQ+ candidates that they are encouraged to seek out top jobs at their organizations.

“The average LGBTQ+ person is not going to automatically assume that they are welcome in a new organization, because for many years we’ve been discriminated against,” Jennings said. “I think it’s a good thing to put in some of the disclaimers that LGBTQ+ people are encouraged to apply, because that sends a signal that you are actively looking to support the community.”

Allyship and the “Compassionate Pull”

As the faculty adviser to the first Gay-Straight Alliance club, Jennings has long understood the value and power of allyship in advancing the rights of the LGTBQ+ community. As Jennings put it, the privilege of one group of people can benefit those of a disadvantaged community — he called it “compassionate pull,” a term he learned in college from Charles Willie, a Harvard education professor.

“He said that social change comes from the ‘courageous push’ and the ‘compassionate pull,’” Jennings said. “The courageous push comes from people who don’t have privilege, so they push against the system that is oppressive. But Professor Willie used to argue that compassionate pull is just as important. Change occurs when people with privilege choose to stand with people who lack privilege and demand change. So regardless of the issue, and which side of the privilege divide you fall on, you have a unique role to play.”

Within a corporate setting, Jennings said those seeking to be allies can start by simply asking LGBTQ+ colleagues what the environment is like for them and how they can help them feel more comfortable at work.

Allies can often use their own privilege to be more vocal about when other groups are experiencing inequity.

“Don’t wait for the LGBTQ+ person in the room because frankly it gets tiring when you’re the person without privilege who constantly has to point out inequity,” Jennings said. “And that’s true for any traditionally underrepresented group: people of color, women, disabled people, religious minorities, down the line. So really, this is being not only an ally, but also an advocate.”

Continued Pride in Pride Month and Beyond

Pride Month is celebrated in June, to commemorate the Stonewall riots, a June 1969 uprising against a police raid of a bar in New York City that was one of the major turning points of the LGBTQ+ rights movement.

In the more than 50 years since Stonewall, the movement has seen many incredible strides toward general acceptance in society — allowing same-sex couples to adopt, legalizing same-sex marriage, the adoption of anti-discrimination laws and much more.

Yet, Pride Month remains a key part of the calendar, Jennings said, as the LGBTQ+ community celebrates how far it has advanced in recent years and how much work remains to be done.

“I’ve heard straight people ask sometimes, ‘Why do you need to be proud?’ And the answer is, because for so many years we were ashamed,” Jennings said. “The people who came before us made it possible for America to be better and to live more closely to its professed ideal of being a country of liberty and justice for all. It’s our job to make sure that effort continues, that equal treatment under the law becomes the norm in our country, no matter where you live.”

Spencer Stuart focuses on delivering knowledge, insight and results though the collaborative efforts of a team of experts -- now spanning 56 offices, 30 countries and more than 50 practice specialties. Boards and leaders consistently turn to Spencer Stuart to help address their evolving leadership needs in areas such as senior-level executive search, board recruitment, board effectiveness, succession planning, in-depth senior management assessment and many other facets of organizational effectiveness.
To learn more please visit: https://www.spencerstuart.com

No Replies to "How Organizations Can Embrace LGBTQ+ Talent"