Your Next Great Next: Tick, Tick…BOOM!?

There’s a very good chance it’s something you haven’t seriously considered before. Take for example the actor Andrew Garfield. Mainstream America probably best knows him as one of the actors who played Spiderman in the movies. Being an action superhero in the Marvel Universe, while a pretty cool gig, probably wasn’t what he had in mind when he was studying acting at the Royal Central School of Speech and Drama in London. He probably also didn’t imagine what came next. 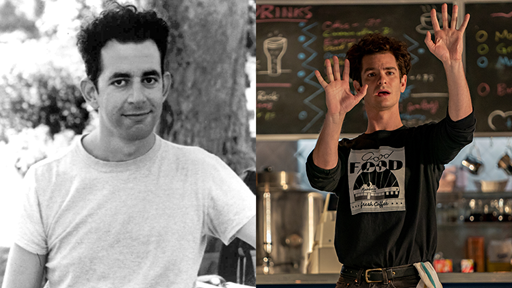 Imagine the leap of faith, confidence, grit, determination, fear, and exhilaration he must have felt when he took on the role of Jonathan Larson, the creator of the Broadway hit Rent, in the Oscar nominated Tick, Tick… BOOM! There were no web shooters on his wrists to catch him in this movie!

When I ask you, “What is your Next Great Next?”, this is the Hollywood version.

Garfield was earning honors for himself in the acting world and took on the challenge of Marvel. That’s a Next. From there he moved on to his Next Great Next when acclaimed director Lin-Manuel Miranda personally sought him out for the role of Jonathan Larson. By his own admission, he wasn’t a musical theater guy. But Miranda introduced him to Larson’s story and his vision to share it with the world, with Garfield as the face (and voice) of the project. Garfield spent the next year preparing for the role and that preparation included heavy doses of singing and piano lessons…because he couldn’t do either.

This role didn’t resemble any of his past roles, but when it revealed itself to him, Garfield knew it would be his Next Great Next. He realized there would be obstacles: singing, dancing, and portraying a beloved person. This was the challenge of a lifetime, the adventure of a lifetime…shouldn’t it be different than anything he’d ever done before?

Garfield was hand-picked to play the man who brought musical theater to the MTV generation but died suddenly the night before his off-Broadway debut. He did it without his Spidey strength and no webs to catch him if he fell.

He did not fall. He scored the greatest Next of his career.

While we wait for the Oscars to let us know if they will reward him, have you thought about what your Next Great Next should be? After all, you’re the director, producer, and lead actor of the movie that is your career and life. What are some possibilities you’re considering for yourself? Yours could be taking on a role in a different industry…or that side project you’ve always wanted to get off the ground. What are some possibilities for your ideal next step and what’s keeping you from it? Shoot me an email and let me know! mark.anderson@execunet.com

No Replies to "Your Next Great Next: Tick, Tick…BOOM!?"