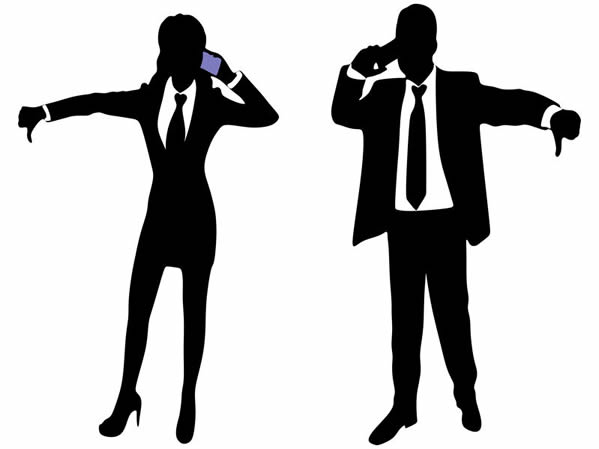 To say our world is changing both politically and economically would, of course, be obvious. What’s not so obvious is how everyone feels about it. We hear from the vocal ones for sure, but what about those who prefer to stay silent?

2016 was an unprecedented year when it comes to politics. The unexpected happened: Britain went for Brexit and America got Trumped.

So how does this apply in a business context?

There are of course economic implications both good, ok and perhaps bad, depending which market you may be in. This article is not about that. There are many economists far more qualified and experienced than I and whose views and forecasts you may tap into.

Let’s, however, look at this from the perspective of your network.

Many of your business contacts were vocal on the social networks when it came to Britain’s referendum on the EU and about the US elections. Perhaps you were too? If so, did you ever consider if you heard from most of your network and how they felt about what was going on too? I’m going to guess you didn’t.

There will be a number of reasons why. From how algorithms are set on social networks like Facebook so you don’t get bombarded with too many updates, to the fact that not everyone in your network may be on the social networks you use. However, what about those who do have a view… yet choose not to voice it? Your silent network.

Now map the above examples to what people’s views may be about everyday business related or other social topics.

There will be some in your network who are vocal and others who may share their views on occasion.

It goes without saying that this applies in an off-line context too.

I recently spotted an article someone shared on LinkedIn which was not only full of expletives but actually had the F word, (spelt in full), in the title. It went viral and the majority of those who commented on the post via LinkedIn’s network updates were full of praise for the author. There were a few who showed disgust at the language used. They were quickly vilified by the majority, including the author. I couldn’t help but wonder how the author of that article was viewed by her silent network.

Those who may have agreed with the few who protested at the profanities she used but who chose not to comment, perhaps because they don’t like confrontation. (Who really does anyway?)

It was widely assumed that her article was a success due to the level of engagement it attracted. She also received many congratulatory comments. Perhaps the author gained some inquiries and business as a result.

Conversely, perhaps she lost credibility – maybe even a lot of it. We will never know.

I wonder if the silent network can sometimes be a lot more powerful than even anyone can imagine.

I wonder if the silent network can sometimes be just as powerful as the swing voters who helped Britain’s Brexit and America’s Republican campaign. Even when the Republicans themselves were in disarray.

So if you ever say or post something, no matter what it may be, consider your silent network. They may be more powerful than you can ever imagine. Unlike the others, they may not agree or even like what you say.

They may not be so silent when they meet others and talk about you. The amount of potential business you may lose just because of them could be significant.

Sure, be bold, after all, you and I are entitled to our individual views, but we would be wise to consider just how polarizing we may wish to be and the potential consequences from a business perspective.

John Coupland is an independent marketing consultant and is the bestselling author of ACCELerate™ Your Social Media. With extensive experience in e-business and ICT, he helps ambitious entrepreneurs, business owners and corporates with their business growth using his unique and proven ACCELerate™ methodology. John speaks at leading business events, has written a number of articles for major publications worldwide and is a member of The Brain Trust®, Small Business Advocate Show®, America. Amongst a number of awards, John played an instrumental role helping a major UK department store chain achieve the Queens Awards for Enterprise - Innovation.

No Replies to "Never Underestimate Your Silent Network"