How Much Do CEOs Really Earn? Worth It?

There’s a ton to be learned from the annual CEO compensation guide in The Wall Street Journal. 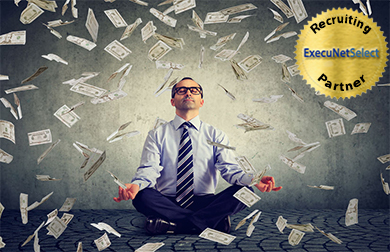 The biggest lesson from the CEO report?

You don’t always get what you pay for. (The report compares comp to stock performance.)

But it’s just as true with Sales Reps, Heads of Marketing, CFOs, and Customer Service Reps.

Because when you hire someone away from another company you have no idea if they’re currently being overpaid, underpaid, or fairly paid. Perhaps their current employer overpaid them because they were desperate at the time they were recruited. Or they paid too much because of what the employee earned at the company before that. (Each company passes the buck.)

Maybe they’re being underpaid. For good reasons (or bad.) And you’re getting the bargain of a lifetime – even though you don’t know it.

Here’s what I do instead:

Figure out yours… before you start meeting with candidates. Not at the 11th hour, when the candidate has two other competing offers.

Tell candidates on the very first call what the role pays. And not a penny more. Just tell them. Then, If it’s legal in your state/city (it likely is), ask how that compares to their current comp. 99% of candidates will tell you.

My perfect candidate currently earns 20% less than what I can afford to pay i.e. the top of my range. I can pay $100K? I look for folks earning $80K today. This role likely won’t be too much of a stretch for them. And they’ll likely see it as a great move with meaningful comp.

I call it the “Goldilocks” candidate. Not too light. Not too heavy.

If the candidate earns more than you can spend, and it’s too big a stretch, it may be because their current employer overpaid. Don’t just presume they’re worth it. (Unless his name is Elon.)

And I don’t mean using Salary.com. That thing gives a range so wide, you could drive a Tesla through it.

Find, call, and befriend three Heads of HR in your town, not in your industry, and form your own comp survey.

That’s why I’m here. If you get stuck, let me know.

No Replies to "How Much Do CEOs Really Earn? Worth It?"