What Does March Madness Show About Leadership & Teamwork? 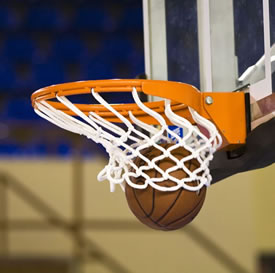 It’s surprising what teams can do with the right leadership. Just last season the two participants in the World Series, Mets and Royals, were teams lacking the mega-superstar. Sure, they had plenty of talent, but as the fantasy sports people in my office pointed out to me in one kitchen conversation, there was no one on either team selected in the first few rounds of a fantasy draft. What they did have were talented players working under talented leaders who believed in them and put them in position to win through a culture of unity and team-first thinking among the players. The managers of both teams have taken more than their share of criticism for their unconventional ways of doing things; such criticism will likely lessen now that they’ve met with success.

College basketball in March is the ultimate breeding ground for Cinderella stories, where teams with shared leadership and working as a true team without stars can topple giants. See Butler in 2010, North Carolina State in 1983, Villanova in 1985, or Davidson in 2008.

A common ingredient in these teams is having a clear team purpose, a reason for being. This creates a feeling of why we’re here together, and when members of a team, in sports or in business, understand the value of what they produce, when they own their value and production, the results are greater.

Winning teams are implicit with themselves in their norms/values. All members understand the importance of their roles and how it contributes to the whole, and all operate under the same guiding principles. Individuals should be evaluated based on the performance of the team, not on perceptions of  their individual merits.

People tend to do what is measured. So in basketball, coaches who monitor the team’s hustle plays   (diving for loose balls, blocked shots, turnovers, rebounds) get a team committed to making hustle plays. In baseball, managers who monitor playing the game the right way (moving from first to third, breaking up a double play, sacrifice bunts/flies, hustling down the line) get a team committed to playing the game the right way. What happens is this mindset, these principles, become the culture of the team, with the team members policing themselves by setting expectations for each other and exerting positive peer pressure, on established team members and on new members. The team itself monitors its performance management.

Leadership is not a role… it’s a set of activities. The more multiple members of a group can engage in leadership activities, the greater their engagement and performance, creating an intentionally joyful workplace that leads to sustainable results – in any business.

No Replies to "What Does March Madness Show About Leadership & Teamwork?"