Are You a Manager or a Leader? 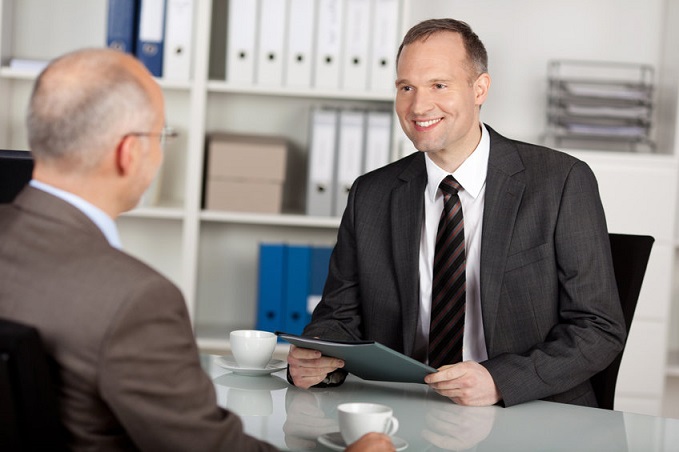 The client sitting across the table sipped his coffee and leveled a stare at me. “What I need,” he said, “is not more leaders. I need followers that will follow and managers that will manage.” When I asked him to expand a bit on this, here was his paraphrased response:

We have enough leaders. I’m not looking for the next Steve Jobs or Mark Zuckerberg or anyone who feels empowered to create and follow their own vision. My company [a technical services provider] has a vision and a strategy. We are growing and customers are giving us more work. I desperately need smart people, creative people, thoughtful people and decent human beings who will pitch in when asked and get the job done. And I need managers who “get” the vision, focus on “what is,” manage resources effectively, close projects and do all this while pulling the team forward in a constructive way.

Let me unpack this a bit. His comment is not new. The debate and confusion over what separates leaders from managers has been going on since 1977 when Harvard Business School professor Abraham Zaleznik published an article with the deceptively mild title “Managers and Leaders: Are They Different?” Traditional management theories were missing half the picture, argued Zaleznik. What was missing, he said, was the half filled with “inspiration, vision, and human passion—which drive corporate success.” Another HBS professor, John P. Kotter, extended Zaleznik’s insights by arguing in his 1990 best-selling book “What Leaders Really do” that leaders are different from managers because “they don’t make plans; they don’t solve problems; they don’t even organize people. What leaders really do is prepare organizations for change and help them cope as they struggle through it.” The difference between management and leadership, said Kotter, is that “management is about coping with complexity. Leadership, by contrast, is about coping with change.”

My client’s challenge is a great illustration of the difference between management and leadership. He, the leader of the fast-growing technical services firm, felt his role was to cope with change; in the market, in his customer base, perhaps even changes in his industry. What he needed were managers who could help his followers cope with complexity while they worked to achieve the vision; the traditional rubric of planning, budgeting, organizing, aligning and motivating people, and problem-solving.

Where are you in this debate? Are you a manager or a leader?

A flood of content cites two broad administrative categories: manager and leader. Is there a distinction, or are the terms one and the same? The designations are sometimes used interchangeably; other times, people draw a significant distinction.

Why does it matter? After all, everyone has to report to someone, and people want to make the best of what they’re given.

But the distinction is important because employees’ impressions of their administrators can spark or sink careers. It’s therefore important to recognize the conspicuous and more nuanced differences and similarities between managers and leaders.

The definitions are far from straightforward, and they’re the subject of much debate. If you’ve categorized yourself as one vs. the other, you’ve likely been influenced by specific definitions you’ve read and the ones you prefer. You’ll rarely be told what others make of your administrative style. You’re riding on the impression you have of yourself, which ultimately determines how you lead people.

Any complex comparison reveals a definite overlap between managers and leaders. Both have people to oversee. Both want to make a difference and be successful, as guided by their definition of success. Each will deal with ups and downs, with people who are helpful and those who obstruct progress.

Perhaps not so surprisingly, many well-known companies do very little to distinguish between management and leadership. I can’t tell you how many of my workshop participants who come from big-box companies you would instantly recognize assert that their many managers and leaders assume their roles without much formal training or preparation. Though some common ground exists, there are numerous dissimilarities.

So what IS the difference between management and leadership? Mindset is the primary distinction. Business executive and philanthropist Vineet Nayar stated in a 2013 Harvard Business Review article, “Three Differences Between Managers and Leaders.” The way you tackle administration helps decide whether you manage or lead.

What do you think? Do you focus on yourself (the manager’s focus) or on others (the hallmark of a leader)? I’d love to hear from you.

David McNamee, Ph.d. is an adjunct professor of leadership, strategic policy, management, and ethics at two Oregon universities and President of Foundations for Leaders,LLC, a leadership training and strategic planning consulting practice based in Lake Oswego, Oregon. Twitter: https://twitter.com/DavidMcNamee2

No Replies to "Are You a Manager or a Leader?"