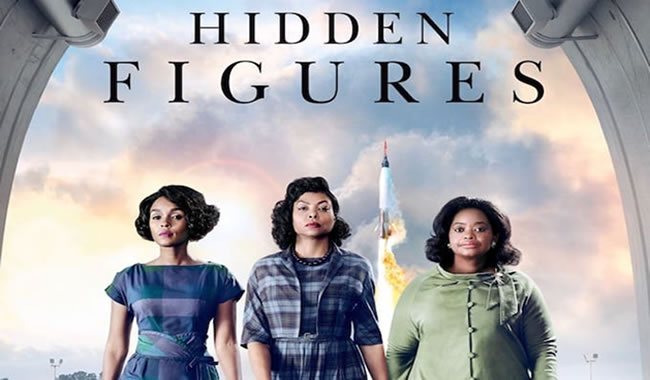 If you haven’t seen the movie Hidden Figures, go see it. If it’s still in a theater near you, don’t wait for it to come to TV. The movie is that good. Sure it took some liberties in the name of storytelling, but the moving message is there. The Oscar-nominated drama tells the real-life story of three female African-American mathematicians who played an underappreciated role in the space race.

Mary Jackson, an engineer, in heart and skill, had to go to court and convince a judge – a judge she researched thoroughly in order to make an argument that was personally compelling to him – that she should be allowed to take the white-only courses required to become an engineer. She went on to become NASA’s first African-American female engineer.

Dorothy Vaughn became the first African-American supervisor at NASA after filling the role for a long time without the title or compensation. She kept asking for the promotion but was denied until she made herself so valuable Management was eager to offer it to her. Her route to gaining recognition was proving she could do the job by doing it, and when that wasn’t enough, she took it upon herself to teach herself how to use the IBM Data Processing System – fancy new computer that was supposed to replace the people – that no one could figure out how to use properly.

Katherine G. Johnson, the star of the movie, was literally a rocket scientist. Her role was to check the math, something she did so well that she ended up being the one doing the math. In fact, when the computer seemed to be providing inconsistent numbers, John Glenn refused to be launched into orbit until Johnson confirmed the landing numbers. He asked for her because she had so impressed him in a meeting – a meeting she had to argue her way into – that he wasn’t comfortable with anyone else’s approval.

These women weren’t content being hidden figures. They didn’t accept the negative story society had scripted for them … and neither should you.

I would never suggest a career is in the same class as segregation; that’s obvious. What we can take from this movie in a careers sense is the spirit they showed. Adjusted to your circumstances, you’ve got to be the hero of your own story, to connect with the job by making yourself visible. It’s one thing to be valuable. It’s another thing entirely to make sure your value is known.

You too can advocate for yourself to attend meetings you feel you need to be in, meetings where you can gain the attention of the decision makers. You too can take on duties that are beyond your job description but within your skillset. You too can find ways to get the education required for the position you desire or become the expert on the latest technology. Whatever the obstacle you’re facing, prove that your abilities are what they should be paying attention to. It will take motivation and a whole lot of guts, but not nearly as much as these three women showed.

If you would like help telling your story, help making yourself – your value – visible, then let us know. We have Career Strategists here who can help you with any challenge in your executive life.

No Replies to "Make Your Value Visible"