Make a Decision and Stick With It

Any decision you make isn’t worth a tinker’s damn until you have formed the habit of making it and keeping it. —Henry Ford

Imagine that this is your situation:

Your young company is a raging success. Its product, a simple one that can be produced easily because of a manufacturing process that you invented, is wildly popular. 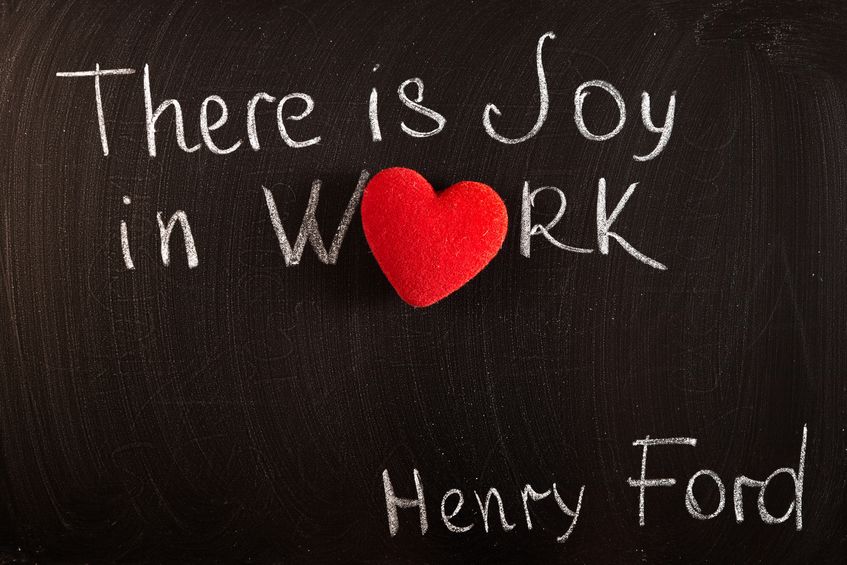 Then imagine that this is your problem:

You have to replace your workers three or four times a year. Your great manufacturing process is driving your employees away. They can’t tolerate it!

What would you do?

Anyone who runs a business knows that a high employee turnover rate is . . .  well, bad. The ability to attract and retain employees is key to longevity and success. How long can a business survive if its entire workforce turns over three or four times a year?

As someone who has run his own business for over twenty-five years, I have many thoughts on this question. If my business had such a high employee turnover rate, do you think it would occur to me to double my employees’ wages?

That’s what this particular business owner did. His name is Henry Ford, and we all know what the Ford Motor Company is. Maybe you bought one of the 2.5 million vehicles that Ford sold in the US last year.

Let me set the scene, and then talk about the decision Ford made to save his company—a business decision that Fortune magazine said is the “greatest” of all time.

Henry Ford founded his company in 1903 to manufacture vehicles for the “common man.” The automobile itself had already been invented—the adage “success has many fathers, but failure is an orphan” comes to mind, as there are several “fathers” of the first car (in fact, it was probably the German Karl Benz in 1885 or so).

But in 1903, automobiles were an elite product. Only the rich could afford them. They were hand-built, often to personal specifications. They were also very heavy, as they had to withstand the rigors of mostly unpaved roads used by the horse-and-wagon mode of transportation.

Though his was not the only automobile company, Henry Ford had some key early insights. He simplified the design and construction of the automobile, narrowed the choices available (“any color you want, so long as it’s black”) and marketed it toward what we would today call the “down market.” And as the American road system improved because more people were driving cars, the cars themselves could become lighter, a fact that Ford took advantage of.

In 1913, Ford took a huge leap forward. He abandoned the traditional hand-building process that involved each worker performing a number of different tasks to put a car together. That was inefficient! Especially when demand for Ford’s products was ballooning — workers could not work fast enough.

Instead of having the car-in-process stay in one place on the factory floor, with workers walking around to different locations to get what they needed and then walking back to the car, Ford instituted the “assembly line.” The car-in-process would be dragged or pushed or otherwise conveyed along a line. Workers would stay in one place, performing one task. Upon completion, the car would move along to the next group of workers, who would perform another task.

Revolutionary! More efficient! And, at first, easier on the workers. But workers began to lose the sense that an entire car was emerging under their hands. Doing the same task over and over was not as satisfying. And as assembly-line technology improved, so too did its speed, which soon became a source of great stress. The workers could hardly keep up. And thus was born the problem of high employee turnover. Almost as soon as they learned what to do on the job, workers decided that they did not want the job.

Only a year after Ford’s revolutionary invention, it was obvious that the assembly line had a huge unforeseen downside. Ford’s company was in a precarious position. The cost of finding and retraining workers was becoming crippling. The efficiency that was the promise of the assembly line could not be sustained. Both revenues and profits were beginning to decline.

It’s interesting to me that Ford’s solution was not to change the nature of the assembly line. As I noted at the very beginning of this chapter, Henry Ford both made and kept to his decisions. We have seen this trait in other key decision-makers. Ford believed in his invention.

But his invention depended on human beings, not robots (remember, this was 1914). If Ford’s employees were not thriving, then he would have to change the conditions under which they worked. Make the conditions more attractive. Raising pay was the obvious first step.

“The $5 Day” came at a time when most assembly lineworkers were making about $2.50 a day. This wage-doubling was not arbitrary. Ford and his advisors determined that anything less would not be an effective incentive, and anything more would begin to depress profits. An additional $2.50 was the sweet spot. A related initiative was the three-shift per-day schedule (rather than two), which opened up more actual jobs. 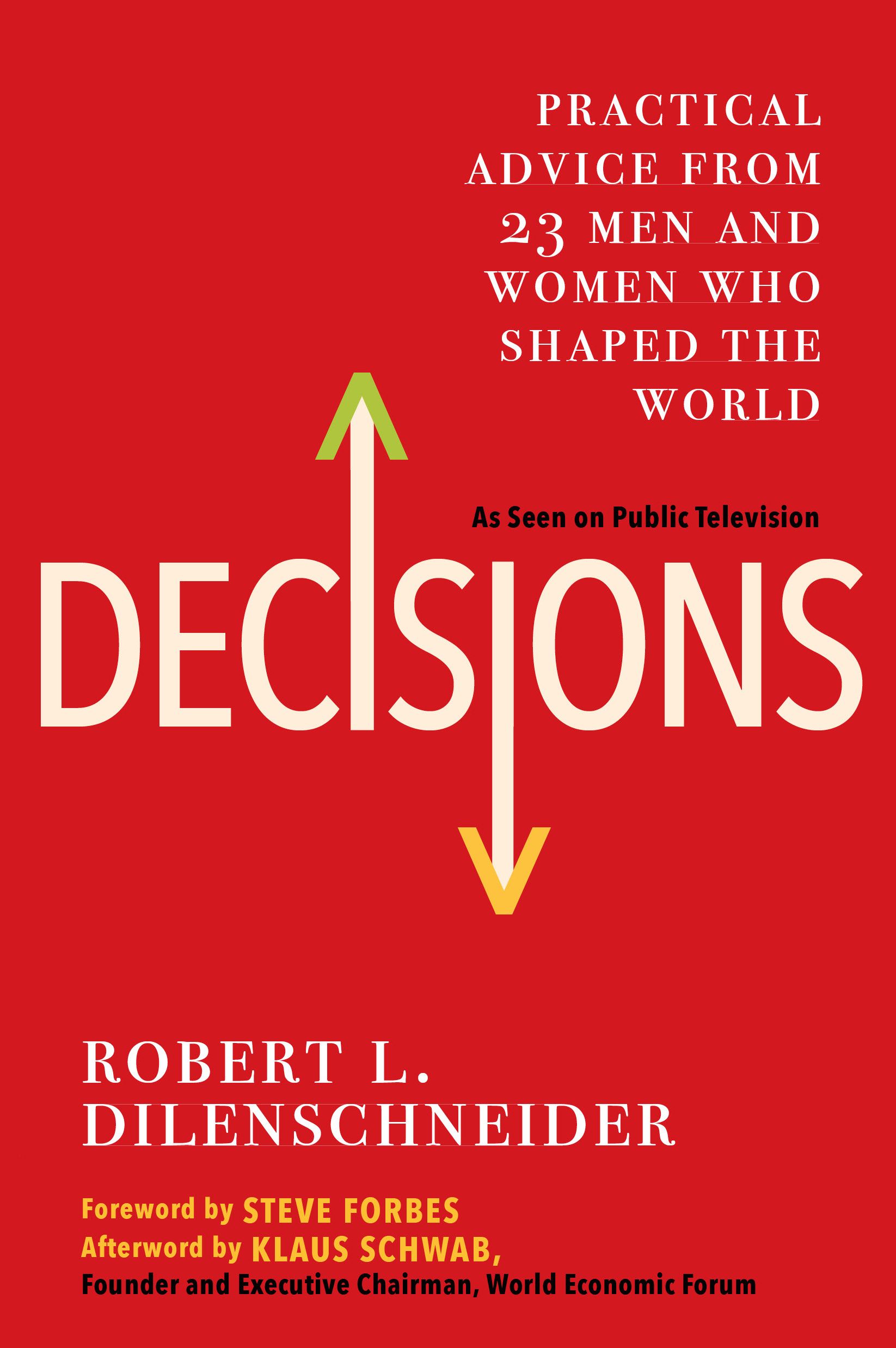 The “$5 Day” not only solved Ford’s immediate problem. Deceptively simple, his decision also sowed the seeds of the culture of consumerism that pervades, even defines, our lives today. For good or ill. That’s why Fortune’s editors named it as the ultimate in their 2012 book The Greatest Business Decisions of All Time. Earning $5 a day, Ford’s workers could finally afford to buy that Model T they were making.

Henry Ford was nothing if not a visionary, iconoclastic, and decisive businessman. Even early in his career, he possessed those qualities, and his reputation only grew throughout his lifetime. Today, 72 years after the founder’s retirement and 70 after his death, Ford is one of the great companies of our time. Do you think Henry Ford, as astute as he was, had any inkling what his 1914 decision to double his workers’ wages— in today’s parlance, to pay his workers a living wage—would mean?

Here are the top lessons I take from Henry Ford’s $5 Day decision that can apply to us:

2. Life and business are both constantly moving. You need to monitor and be ready to adjust.

3. No matter how important you or your organization is, you need to show compassion and to listen to and mentor those around you.

4. Effects of decisions are sometimes better appreciated in hindsight. Sometimes effects are what has been hoped for, but sometimes there are “unintended consequences.”

5. You don’t have to be a corporate CEO to benefit from Ford’s example. He carefully studied the problems inherent in the automobile-manufacturing process as well as the ramifications of various ways to address the problems. Then, he made his decisions and quickly implemented them.

6. Zero in on your biggest problem. Focus on the real obstacles before you, not the distractions.

7. Honor tradition but do not be hidebound to it.

8. Understand the importance of people and the impact of your decision on them. Then, act accordingly.

9. Always think of the result or payoff of your decision so that you can use that decision to motivate yourself and others. 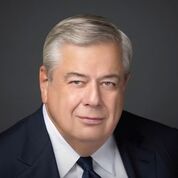 Robert L. Dilenschneider has hired more than 3,000 successful professionals, and advised thousands more. He is founder of The Dilenschneider Group, a corporate strategic counseling and public relations firm based in New York City. Formerly president and CEO of Hill & Knowlton, he is the author of the bestselling books Power and Influence, A Briefing for Leaders, On Power and newly released Decisions: Practical Advice from 23 Men and Women Who Shaped the World. For more information, please visit https://robertldilenschneider.com

No Replies to "Make a Decision and Stick With It"