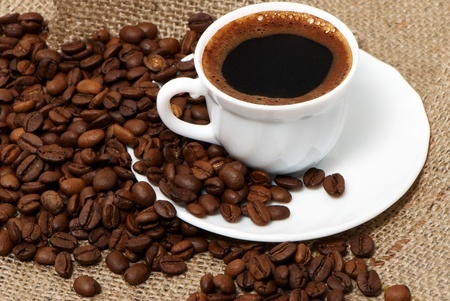 In this special session of ExecuNet Master Class, Howard Behar, Founding President of Starbucks International who helped build Starbucks from 28 stores to over 15,000, spanning five continents, shares deep insights and keen wisdom about how to lead through change, bring out the best in our colleagues and employees, and counteract the rampant negativity and distrust that permeates so many work cultures.

A son of immigrants, Howard watched in awe as his dad (who owned a Seattle market) put his customers first day-after-day, and treated each of them with dignity, compassion, and respect. Howard learned the power of compassion and trust as a young boy, and it informed and shaped him as a leader of one of the world’s most successful companies.

His touching new book, The Magic Cup, gives us more than we bargained for too. It offers a powerful parable of a business, a leader, and a team that discovers true magic found in leading and working with integrity and heart.

We are honored to present this honest warmth and hard-earned leadership wisdom.

Just like a warm cup of your favorite beverage (maybe it’s Starbuck’s Cinnamon Dolce Latte), Howard warms our hearts and inspires us to see our work, and our world, differently. We hope you enjoy the recording of this special session of ExecuNet Master Class.

Here’s what some attendees of the live event had to say:

Howard Behar is a renowned business leader, author, speaker, and mentor who has influenced the lives of numerous men and women at all stages of their careers and at all levels and roles.

Shaped by his experiences working in his parents Seattle market, schooled in operations and management in consumer-oriented retail business, and part of the leadership triumvirate that built the Starbucks brand, Behar is the ultimate “servant leader” who is known for such memorable lessons as “The Person Who Sweeps the Floor Should Choose the Broom” and “Only the Truth Sounds Like the Truth.”

For 21 years Behar led Starbuck’s domestic business as President of North America, and he became the founding President of Starbucks International opening the very first store outside of North America in Japan. During his tenure, he participated in the growth of the company from only 28 stores to over 15,000 stores spanning five continents. He served on the Starbucks Board of Directors for 12 years before retiring.

Howard now serves on the boards of several for-profit and non-profit organizations, including Education Element, iD Tech, The School of Leadership Studies at Gonzaga University. He is on the advisory boards of Anthos Capital, University of Washington Foundation, and a Trustee for The Sheri and Les Biller Family Foundation.

Behar lives in Seattle, Washington, with his wife Lynn, and enjoys spending time with his children and five grandchildren. Boating is his favorite hobby, exploring the waterways from Seattle to Alaska.

No Replies to "The Magic Cup: A Conversation with Starbucks Founding President Howard Behar"