Leaders, Sometimes WE are the Problem

A story is told of an old guy driving home from work when his wife calls him on his cell phone. “Phil,” she shouts in a panic, “Please be careful! I just heard on the news that some lunatic is driving the wrong way on Route 80.” “Heck Doris, it’s not just one car,” he replies. “It’s hundreds of them!”

There are no big problems, there are just a lot of little problems. 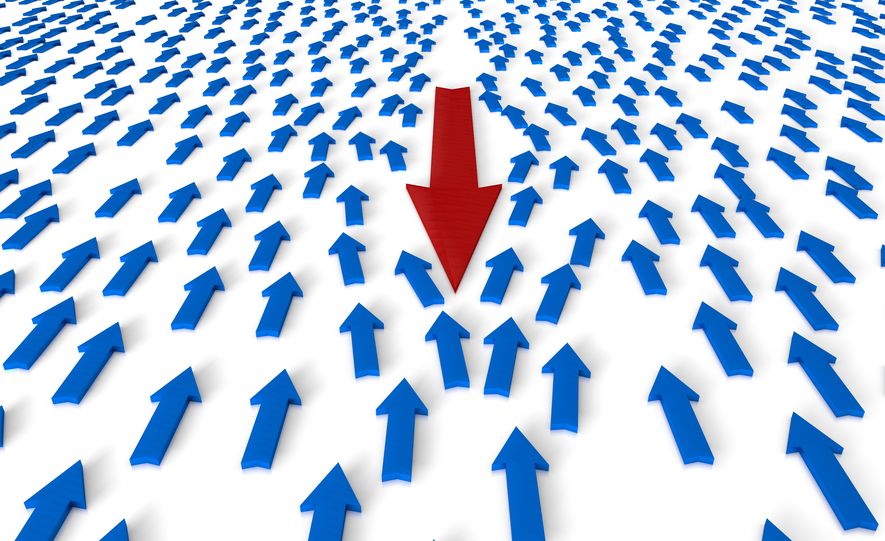 That humorous story is a reminder for all in leadership. For all the times we think we are the only ones who have it all together, we then come face to face with the reality that on any given day, we are the only one who doesn’t.

Sometimes we just have to drop all pretense and just admit it. We are not immune to screw ups. Like everyone else, we’re human.

Leaders deal with problems all the time. Usually someone else’s. But sometimes we’re the problem. There a few ways this plays out. Let me explain how. See if you can relate.

The Problems We Ignore

The Problems We Deny

Unlike the problems we see but ignore, leaders become part of the problem by denying certain problems exist. This can either be because we don’t want to believe it’s true, or because we are afraid of how it might reflect upon our leadership. Denying problems don’t make them go away. And when you, as a leader, continually deny the existence of issues going on within your organization, then by default, you are part of the problem.

The Problems We Don’t Delegate

Not every problem that exists within your organization calls for your attention. Only the ones no one else can handle or otherwise requires additional personnel to solve need our attention. We become part of the problem when we take ownership of every problem. Ask yourself this: If you have to solve every problem then what else are you meddling with that you shouldn’t?

The Problems We Obsess Over

Every leader is different and every leader has that one pet peeve that sets them off as nothing else will. It’s in times like this that leaders need to be self-aware enough to realize that they need to back off and not allow their own prejudices to disrupt things. What we obsess over, in the minds and eyes of our people, may be insignificant in light of the big picture. Pick your battles wisely and don’t fall on the sword for your trivial gripes.

The Same Problems We Deal With Over and Over Again

As a leader, when we “solve” the same problems over and over again then we’re not really solving them. Band-aid approaches only last so long. We become part of the problem when the same problems surface time and again. Every leader faces problems and some of them will look familiar or recycled. So don’t look for the quick fix. Find a long term approach that will last for the long haul.

As leaders, we don’t always get things right and make our fair share of mistakes. While it may not be obvious to you, it is to those around you. But don’t let that deter you. The greatest problem is not found in making mistakes or in getting things wrong, the problem is found in not acknowledging them and learning from them.

Doug has been speaking to audiences in the US and overseas for more than 30 years. Doug knows how to spin a story, make you laugh, and how to challenge your traditional ways of thinking about leadership. Most of all, Doug is committed to helping you grow as a leader. Doug is a graduate of Southeastern University in Lakeland, Florida and studied Clinical Pastoral Education at Palmetto Baptist Medical Center in Columbia, South Carolina. While his leadership expertise has its roots in ministry and teaching. His background also includes public relations and business. Doug understands the necessity of leadership development and why creating a leadership culture in your organization is critical to your success. He is the author of four leadership books including: Leaders Without Borders, 9 Essentials for Everyday Leaders, Great Leaders Wanted, It Only Takes a Minute: Daily Inspiration for Leaders on the Move, and Leadership by the Numbers. As a speaker, Doug delivers practical and applicable leadership insights with a dose of humor and authenticity that endears him to a wide range of audiences.

No Replies to "Leaders, Sometimes WE are the Problem"