Why Most Leaders Fail at Selecting & Hiring the Right People

Did you know that when it comes to selecting the right manager for a job, we fail a staggering 82 percent of the time?*

Join Mike Zani, CEO of The Predictive Index, for Why Most Leaders Fail at Selecting & Hiring the Right People as he examines why failed human capital management practices of CEOs are preventing many organizations from having their mission and vision realized. Come away with proven methods you can use for decoding human behavior, predicting workplace performance, and ultimately making the right hiring decisions!

Here’s what some attendees of the live event had to say: 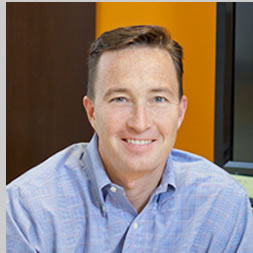 From 2009 to 2012, Mike was the CEO of ShapeUp, a social SaaS wellness platform that sells into the Fortune 500 and health plans. There he guided the company’s corporate direction and vision, growing revenues by 600 percent in three years.

In 2002, he co-founded Phoenix Strategy Investments, a private investment fund, which makes direct control investments high potential companies. Prior to Phoenix Investments, Mike was involved with the building of Vanguard Sailboats, which was the largest manufacturer of sailboats in North America. Prior to his role as a boat builder, Mike was a coach for the 1996 US Olympic Sailing Team, during the Summer Olympiad in Atlanta, GA.

Mike received his B.S. from Brown University and an MBA from Harvard. He and his family live in Portsmouth, Rhode Island, where they spend as much time on the water as possible.