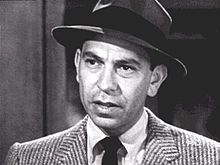 I know I’m dating myself by using that title. It became known as the signature line of Sgt. Joe Friday, the hero in a cop show called“ that was popular when I was a kid. Whenever Joe was questioning witnesses, and they would start wandering off into how they felt, and what they feared, and sharing their biases and prejudices, Joe would stop them and say, “All we want are the facts, ma’am (or sir).”

As we’re all living through this endless and somewhat depressing election season, I find myself in complete sympathy with Sergeant Friday. My craving for facts is completely justified, given that, according to Politifact, only 30 percent of what Donald Trump says publicly is even partly true, with 19 percent of his untruths being of the “pants on fire” variety (“not accurate and makes a ridiculous claim,” according to Politifact) and even Hillary, the most truthful of all the current politicians, only tells the truth 72 percent of the time. Fortunately, only two percent of her statement are “pants on fire” lies – but still, that’s too much. (I’ll out myself now; I’m a Clinton fan and think she would have made make a very good president.)

What’s even more frustrating to me is that Americans believe Trump and Hillary are equally dishonest and untrustworthy – even though, on a factual basis, Trump lies about 2.5 times as much as she does. And it doesn’t stop with them. Shortly after the Republican convention, I listened to a Trump supporter, a former soap actor named Anthony Sabato, Jr, say that he believes President Obama is “…on the other side. Oh, the Middle East. He’s with the bad guys. He’s not with us. He’s not with this country.” And when asked to back up his assertion with facts, he responded, “I believe it.”

The most disturbing thing about this whole mess, for me, is the contention that believing something is true, or feeling that it’s true, is just as valid as having the facts about whether or not it’s true. It’s why too many people think that someone “believing” or “feeling” that Obama is in league with terrorists is just as valid as eight years of daily evidence to the contrary.

It’s why national figures can say “global warming is a hoax,” or “Obama founded ISIS,” or “immigrants destroy our economy” — and those things are repeated as truth, even though there is no evidence to support their validity, and – in fact – mountains of factual evidence to disprove them.

I believe the best we can do, in these crazy times, is try to be guardians of the truth in our own thinking. Whenever someone asserts that something is true – especially something important to our well-being or our future – I suggest that, rather than either immediately believing or disbelieving it, you do your best to find out the facts. I’d suggest you apply the scientific method: take what you hear as a hypothesis (“Is global warming a hoax?”) then gather the available data about the hypothesis without assuming that it’s true or false. (As opposed to cherry-picking the data to support your existing bias, which is what we too often do.) Finally, decide the validity of the hypothesis based on the data you’ve collected.

If we all did that, we would come to better, more reasoned decisions, and be less susceptible to the lies and half-truths of those in positions of power.

And here’s what Joe Friday thinks about all this (from episode 60: Internal Affairs DR-20):

Show me how to wipe out prejudice. I’ll settle for the prejudices you have inside yourselves. Show me how to get rid of the unlimited capacity for human beings to make themselves believe they’re somehow right–and justified–in stealing from somebody, or hurting somebody…and you’ll just about put this place here out of business! 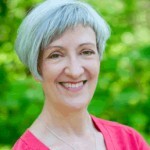 No Replies to "Just the Facts, Ma'am"