Why Your Job Search May Require a Soul Search 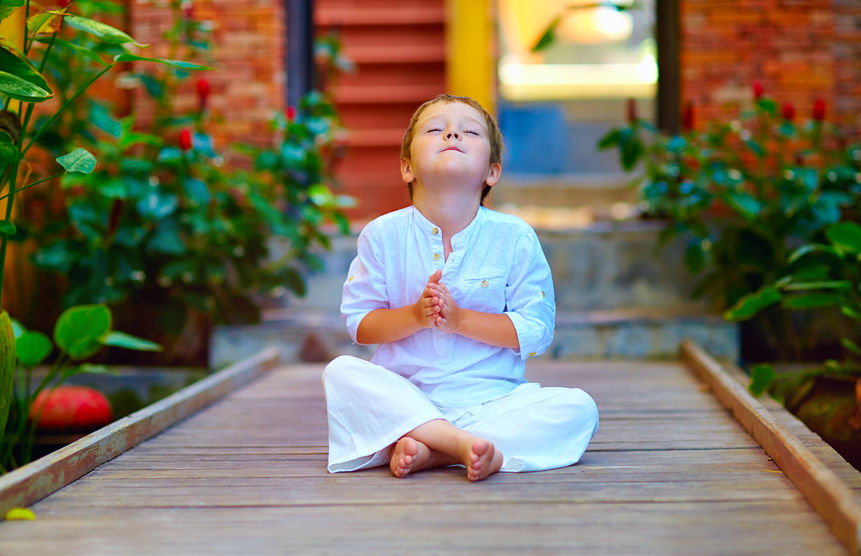 Imagine you’re placing bets on a Nascar race. You’ve narrowed your options down to two.

Option #1: The driver has the best, top of the line car on the track. But the driver is just getting back in the game, so his skills are a bit rusty. In the past, maybe he was good, but recently he hasn’t been driving that car to its fullest capacity. He’s been avoiding doing the work that’s going to get him back in the game. He makes excuses on why he’s not performing. But now that he’s got the car, he thinks he’ll finally have his break. We’ll call him Mr. Rusty.

Option #2: The driver has a knack for getting in the zone, drills religiously, and he’d challenge the devil himself to a race and probably win. But his car isn’t as sexy as Mr. Rusty’s. We’ll call him Mr. Clean.

Whom would you bet on? My money is on driver number two. Mr. Clean will clean house.

Your level of self-determination, or lack of it, depends on your beliefs, experiences, and cultural influences. But, whatever your answer is, your perspective has a direct influence on how we think, behave and your long term success. Your tendency will either set you up for success or sabotage you.

After pleasantries, within the first five minutes of our call, I know if I’m speaking to Mr. Rusty or Mr. Clean.

He has strong ILOC. He feels that they’re in full control of the events in their life. He’s self-motivated and focused on achieving their goals. As such, he’s the kind of executive both the leadership team and the people want. He places the power and the burden of responsibility firmly in his hands. He’s proactive in all areas of life: career, relationships, and especially his job search. He’s actively looking to engage in activities that will improve his chances of landing a new job: networking one on one, going to events, reaching out online to recruiters, and hustling to expand his network. He works hard to develop his knowledge, skills, and abilities, by attending classes, workshops, networking events and he’s responsive coaching. He takes note of the information that he can use to create positive outcomes. If he falls short, he goes to work on doing better next time. He’s constantly honing his value conversation skills.

The general positivity of an ILOC is awesome, but if it doesn’t have a foundation in reality, this outlook can just as easily get in the way. Any strength taken to an extreme has its weaknesses.

There is a potential dark side to having a very strong ILOC if it goes unchecked. Because they have a powerful self-belief, that internal drive may lead them to believe that they can control everything. If their plans don’t work, they may feel responsible for their failure, even when events were genuinely beyond their control. Especially in cases when they aren’t selected because the position just wasn’t the right fit. They want to fit a round peg into a square hole. As such, they are quick to blame themselves, are very critical of themselves, and beat themselves up when they think they blew an interview. This can lead to chronic frustration, anxiety, stress. In some extreme cases, it can lead to depression. Especially if they’ve been job hunting for a while, they start thinking they just aren’t good enough anymore, when maybe the market is just soft.

In their interactions, they may even come off as control freaks and can be as hard on others as they are themselves. They may overdo it. Instead of cultivating relationships, they’re spamming everyone via email or messenger. This can put people off, and in extreme cases make others feel stepped on.

Mr. Rusty has a strong ELOC, and he also isn’t a race car driver. He and I met during a consultation session. He has his dark side tendencies that were very apparent on our call. When bad things happen, he was quick to look outside of himself. He blamed his struggles on external factors. Age bias was his main one. He was being passed over for marketing executive-level roles that were being given to younger, “empathetic millennials.” He lost his job because when his company was acquired, they brought in new leadership. The new CEO had it in for him from the beginning. During our call, he focused on the car. He wanted guarantees while being dismissive doing the work of networking, engaging recruiters, and researching companies online. He was hesitant to invest in himself because “I’m well known. People know what I’m capable of, and my results are on my resume.” If he can just get in front of an interviewer, they’ll see his talents and experience. He’s never had to look for a job and is frustrated that he has to now. He was borderline argumentative, and not open to coaching.

For those with this tendency, there is a silver lining. The good thing about having a strong ELOC is that it can be helpful when dealing with failures in the short-term. It could help them cope better with failure because they pass the responsibility on to other factors. It also helps them deflect criticism of their performance. So when something bad does happen, they may be quicker to accept, move on, and bounce back. Something happened to them, and not because of them, so there’s nothing they could do to influence the situation any differently.

I worked with Mr. Clean to uncover his value proposition, competitive differentiator, and patterns of excellence. He was a blast and an honor to work with. He found a job within two months of working with us. Six months after our initial call, I heard that Mr. Rusty signed up for another strategy session. My hope is this time around he’s more open and receptive. 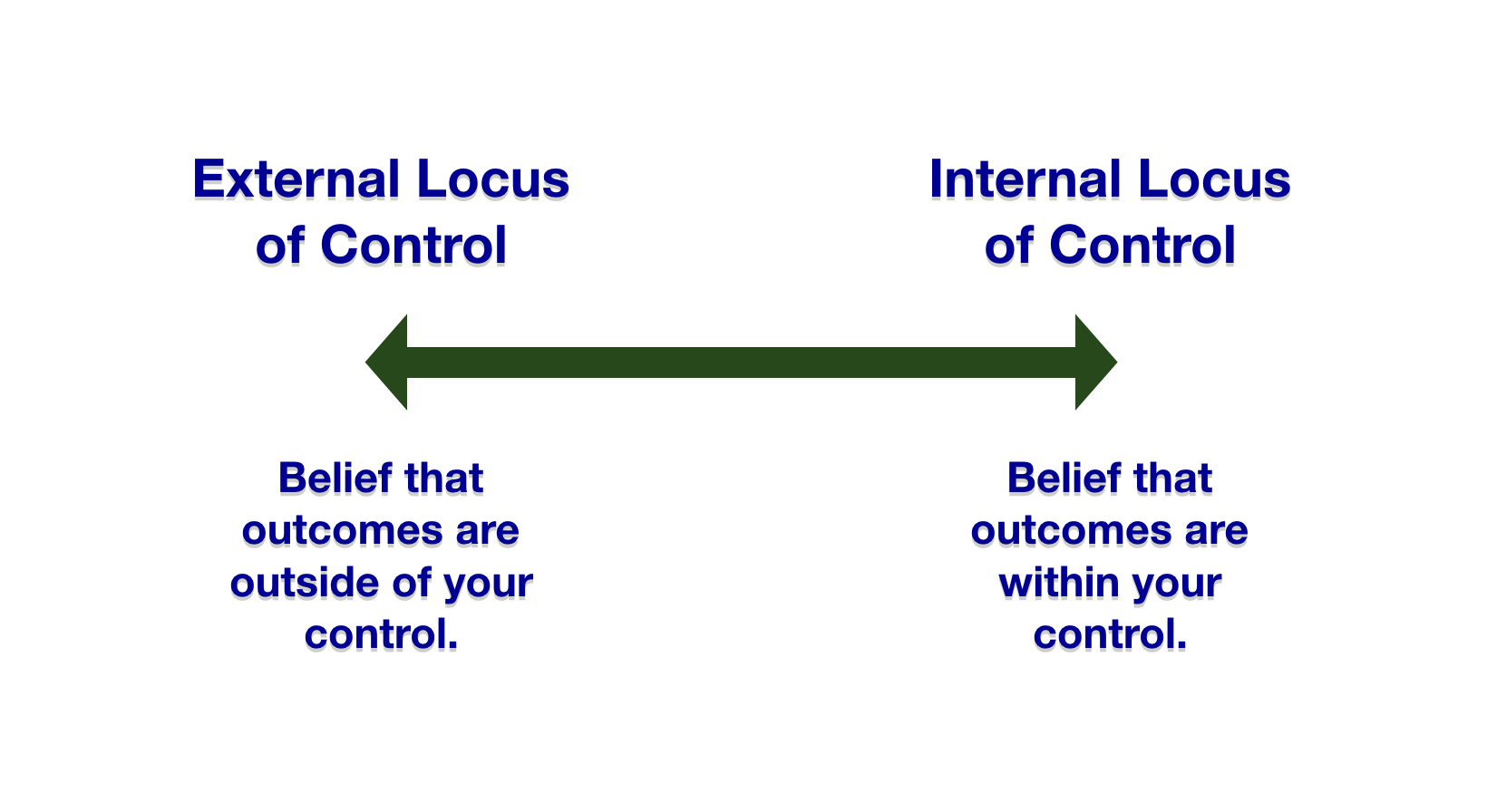 Most of us fall somewhere in-between the two ends of the spectrum. Your LOC describes the degree to which you perceive that outcomes are a result of your actions and behaviors, or outside influences.

You may learn more toward an internal position, but this doesn’t preclude you from believing some things are outside of your control. Similarly, you may tend toward the external position, but you can still understand how certain things are your responsibility. Having a moderate LOC and being able to exercise flexibility may make you more able to accept situations that you can’t influence, and to manage them effectively when you can. Your locus of control may vary in different situations and it may change over time. People often tend toward more of an ILOC as they grow older as they learn to influence the events in their lives.

The context of how you view your ability to control the outcomes of your life is what’s important. To some degree, your locus of control is something you can adjust depending on the situation.

First, we have to figure out where you are on the spectrum. That will help us figure out and understand your buttons. Then, when something happens, we have to correctly identify the real cause of events. This is the subtle line where the rubber meets the road, separating reality from the button. Before settling into either an internal or external, knee jerk point of view, ask yourself what the reality of the situation is. Don’t assume that your instincts are always correct. Listen to your initial thoughts, then pause for a reality check.

Does your instinct reflect the actual sequence of events? Or are you twisting things to fit the narrative that you typically tell yourself on why you haven’t landed a job yet? 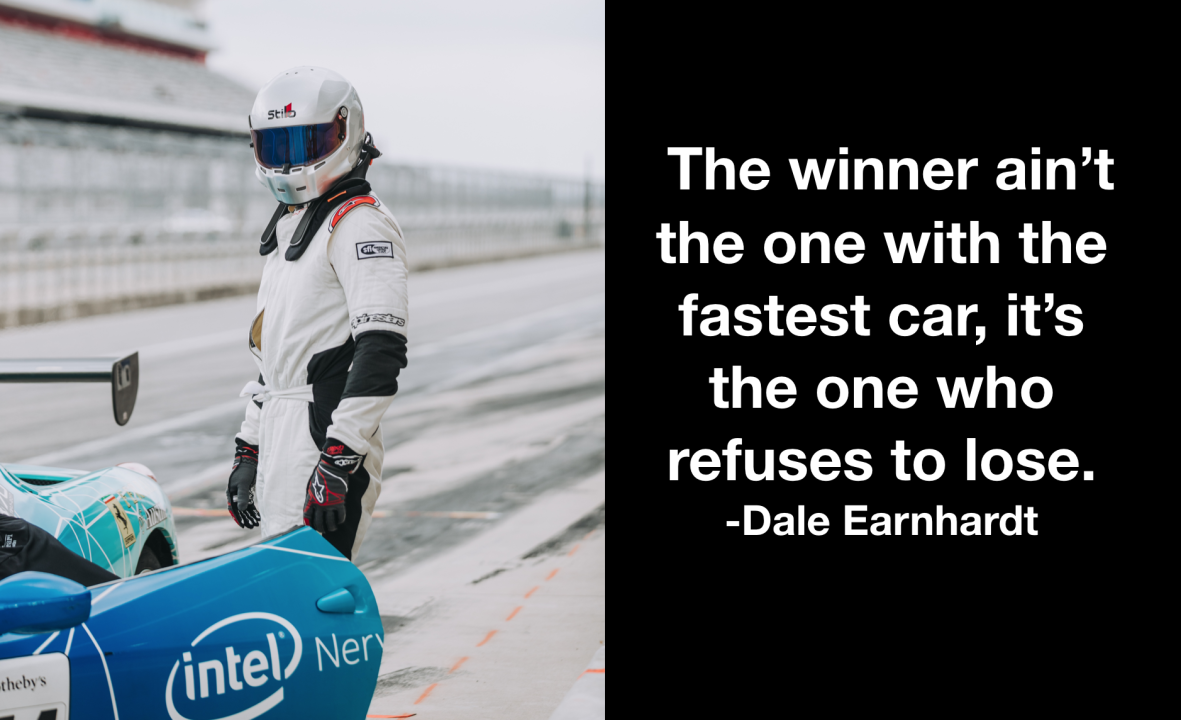 It takes a conscious effort to reign in your instinctual reaction. It takes serious vigilance. But if you can give rational thought to your circumstances, you can see them more clearly and take action where you can. Press pause, think about it, assess your options, and decide whether there is or isn’t anything you can do. Then either get it done or accept what is.

It feels unnatural initially to challenge yourself and your perceived gut. It’s one thing to know it, but in the heat of the moment, the unpracticed will blow it. It’s a practice in vigilant mindfulness and reasoning to pause and remove the filters of perception. When you practice, you gain more mental flexibility and balance. When that happens, you will gain an understanding of when and where to shift and thus gain the benefits of both and minimize their limitations. You will take responsibility for those things you can influence and accept those that you can’t. You will show yourself more kindness when you fail instead of beating yourself up needlessly. All this will allow you to more easily and quickly learn the lessons so you to avoid making the same mistakes again while honing your skills for next time. Isn’t that what you really want? Not to mention it’s a healthier outlook. It shows through during an interview and any savvy interviewer will see it.

The keys are to practice being vigilant, being willing to challenge the ways you’ve been thinking and doing things that may not be serving you, and having a healthy grasp of reality with each situation you encounter. This is the start to getting outside your head, out of your own way, and face the reality of certain situations. If you’re stuck or suspect it’s an issue, you’re going to want to get someone to coach you through this. Otherwise, it will cost you more in time and missed opportunities.

THE BOTTOM LINE: Be patient. Do the work. Be vigilant. Dig deep and do some honest introspection. Learn and adjust. Repeat.

If this resonates with you, and you’d like support in how to navigate your own locus of control, contact me!

Jade is an ExecuNet Career Strategist and Career Coach. Working 1:1 with high-level senior executives, Jade provides strategic guidance and coaching to help ExecuNet members land their next great opportunity. This includes uncovering their unique personal value proposition and defining competitive differentiators to advance their careers. Additionally, she provides detailed feedback for improving a personal marketing collateral—well beyond their résumé.
In addition to ExecuNet, Jade is the Founder and Owner, The Mastery Factor: Mindset and Behavior Specialist for leaders. She designs, develops and delivers one-on-one and group high-impact leadership development programs, as well as provides accountability, coaching, and cognitive and behavior assessments.
Jade served as a captain in the United States Marine Corps, she was a company commander, a black belt martial arts instructor and served two combat tours to Iraq. After transitioning from the Marine Corps, she gained a myriad of financial sector experience.
Jade holds a Bachelor of Science in Engineering and Minor in Japanese from the United States Naval Academy. She now attends the Harvard Extension School as a Candidate for a Master of Liberal Arts in Psychology. Her certifications include Lean Six Sigma Green Belt, Neuro-Linguistic Programming (NLP) Master Practitioner, and in progress as a Board-Certified Behavior Analyst. She’s a volunteer at The Animal Foundation – a non-profit organization operating Nevada’s largest animal shelter and animal adoption center.