You’re bound to feel sadness when one of your idols passes away. 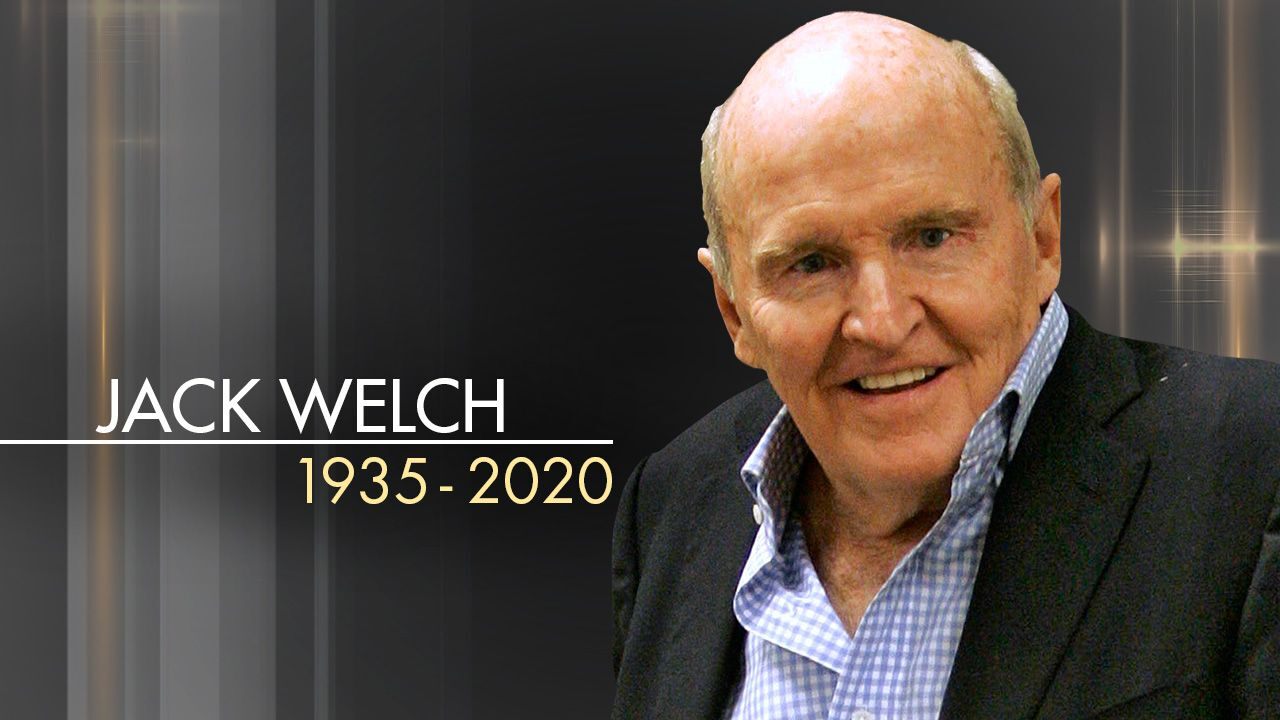 Even if you’ve never met him/her.

I never met Jack. Yet, I feel like I knew him in many ways. I read every one of his books…twice. Woke up early to watch him on CNBC every Friday morning.

I hung on his every word.

He was my business idol, as much as Steve Jobs.

Because Jack was the best recruiter of all time.

Yes, he was CEO. But he was a great recruiter first and foremost.

Because he understood that building a successful company is simply about amassing, fielding, and harnessing the best team.

He overcame countless challenges to do it, including a crippling stutter. And still, he went on to scale GE into a mega-icon company. While you can’t measure a leader simply by their stock chart, this will give some perspective on what I mean: 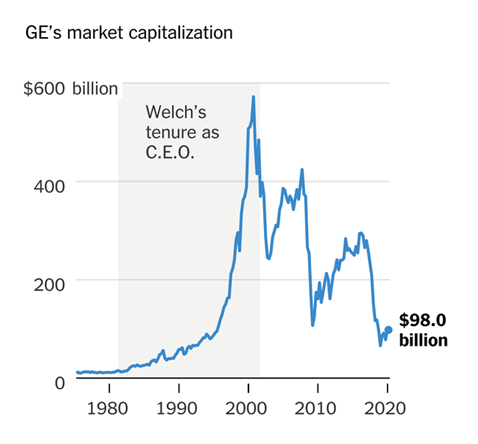 I know that you don’t have time to read his books (read this one, if you do.)

So a quick recap of how he did it:

1. A genuine passion for hiring and building and developing people

If it’s not authentic, you may want to rethink being a leader. Because it’s a long-game and can’t be faked.

2. To use his term, he “hugged and kicked” his team, as appropriate

Jack showed them the love, while pushing them to do more and better. He never settled.

He knew it was a crucial part of his role, because once you leave that mis-hire in place, the rest of the team resents you for it. And they leave.

And he felt it was cruel to the underperformer in place. It was actually more kind to have a straight conversation and invite them to pursue their career elsewhere. To find a new home where they could flourish.

Every top-performer had a clear (on paper) development plan & career path. He communicated it often. They knew why they should stay even when the headhunter called.

When one of his managers lost a top-performer, he grilled them as to why. And to ensure it didn’t happen again.

He promoted from within, even when it was a stretch assignment. Each person who left had a named successor by the end of the day. He built a Talent Machine. The bench at GE was very very deep. In fact, we headhunters thought of it as a CEO factory that produced outstanding executives.

While highly-competitive, he cared about the long-term best interests of his people. If he couldn’t promote them or keep them happy, he’d call headhunters to encourage them to poach & place his best leaders elsewhere.

He created a massive training center – Croton-on-Hudson – in New York. It was an honor to be sent by one’s manager to attend. It meant you were a future leader at GE.

Hiring, developing, and firing was his #1 priority, 50% of his time. He was very clear on what made the most impact in scaling GE.

Want to scale your business? Practice leadership and recruiting like Jack.

No Replies to "Jack Has Passed"