Industry specialist Headhunters come with a major drawback (actually 2 of them).

When it comes time to engage a Headhunter to lead a search, the first thing most business leaders do is look for one who specializes in that particular industry.

This isn’t typically the best path.

First, decades of research shows that industry experience isn’t highly predictive of how your candidate will perform on the job.

Of course, it’s a nice-to-have. Who wouldn’t want someone who already understands the lingo, distribution channels, and industry dynamics? 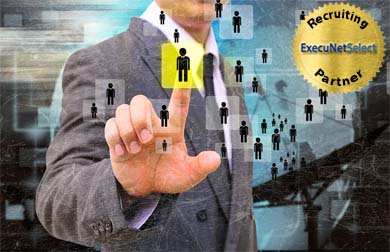 But to make it a must-have, is incredibly limiting. Particularly when the labor market is as tight as it is. You miss the vast majority of candidates who could excel in the role, and because of supply and demand, you pay more.

Second, and far scarier, Headhunters who specialize in an industry are often incredibly limited on which candidates they can legally pursue on your behalf.

It’s called the “Off-limits List” – and if you don’t know about it, you’re already sunk. The typical Headhunter agreement includes a non-solicitation clause. You’ve seen it (or insisted upon it): “…during the search, and for a period of 12ish months after, the Headhunter agrees not to go after your people… blah blah.”

But so, too, did all of that Headhunter’s clients. So, the busier that recruiter is, the longer their list of clients. And thus, the more companies (typically it’s the entire company) they can’t poach.

In a given industry, that can quickly make up half the key players in that industry… the companies you thought you were targeting.

Now, your Headhunter won’t mention this off-limits issue unless you ask. (For bonus points, ask to see a written copy of their current off-limits list.)

2. The large Headhunter firms come with another major drawback.

Bob in Biotech does a search for Biggie Biopharma. Which means that Becky also can’t recruit from Biopharma for a year. And so on. And so on.

Not surprisingly then, small generalist Headhunter firms are often your best bet.

3. The average Headhunter works on a dozen or more searches at a time.

And you thought you were busy?

I rarely see Headhunters decline work because they’re at capacity. But since there are only so many hours in a day, it stands to reason that the average search just drags out.

Nobody has automated candidate interviews. They just take time.

No wonder the average executive search in the US still takes over 100 days (mine take 39 cuz I only take on three searches at a time.)

When it comes to managing your Headhunter, two words: Squeaky. Wheel.

4. The typical Headhunter fee structure gives them a perverse incentive to negotiate against you.

Because they typically charge a percentage of candidate compensation, your Headhunter earns more when you pay the candidate more. Even if they didn’t work harder to get the search done. For this reason, I charge a fixed-fee. That way I just want to sign the best candidate, without any questioning my motivations.

When it comes to Headhunters, there are other secrets.

I save those for my clients.

No Replies to "Headhunter Secrets"