Gobblin Up the Best Candidates

Salary Transparency is, too. 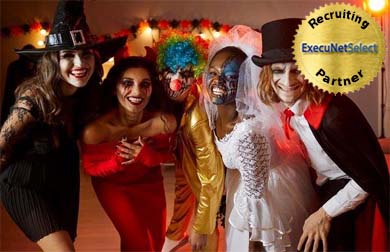 Because starting tomorrow, every company in New York City with four employees or more is required by law to include the salary range for every job advertised.

(And if you’re not in NYC, this is coming to a town near you so pay attention.)

No, you haven’t been punked. It’s legit. But it doesn’t have to be scary.

Whether you’re advertising for a call center rep or a Chief Financial Officer in New York (or even remotely if the job can be performed in NYC), you must include the salary range in the job posting.

No word yet on how this will be enforced.

And you can expect that the published ranges will be wide enough to fit five trick-or-treaters through.

But salary transparency is here to stay.

Supporters (not everyone likes the idea) believe it’s key to reducing the gap between women and men, and between other underrepresented groups.

Doesn’t really matter if you like the idea. Since it’s not going away, you can be on the train or under it.

We’re still in a candidate’s market (translation: 50-year record-low unemployment), so you can use this to your advantage.

Being upfront about comp saves you and the candidate a ton of time. And fewer surprises at the 11th hour on compensation. Plus, you’ll find that you lose fewer candidates to comp issues.

But you’ve got to target wisely.

Instead of going after the “sure thing” as most hiring managers do (they want the candidate who’s already doing the exact same job with the same title and same responsibilities and same comp – to which I ask “why would the person want to make that move?”) target the candidate who is currently earning 15 to 20 percent less.

That candidate will see your opportunity as a meaningful step up. In comp, scope, and career advancement.

I love going after the A-Player up and comer. They’ve got something to prove and are usually a far better value than the B-Player who’s interested in making a lateral move.

I’m not advising you to be cheap. Pay above market. I prefer to be at the 75% percentile. Above market, but not top of market.

But once I know the maximum that I (or my client) can afford to pay, I aim to find the strongest candidate that I can who’s currently earning 15-20% less than that amount.

Recruiting is no different. It starts with knowing your ideal target candidate.

New York City’s move will likely have some unintended negative effects. But getting ahead of the compensation transparency trend will save you a ton of time and money over time.

Soon, you’ll be gobblin up the best candidates.

No Replies to "Gobblin Up the Best Candidates"