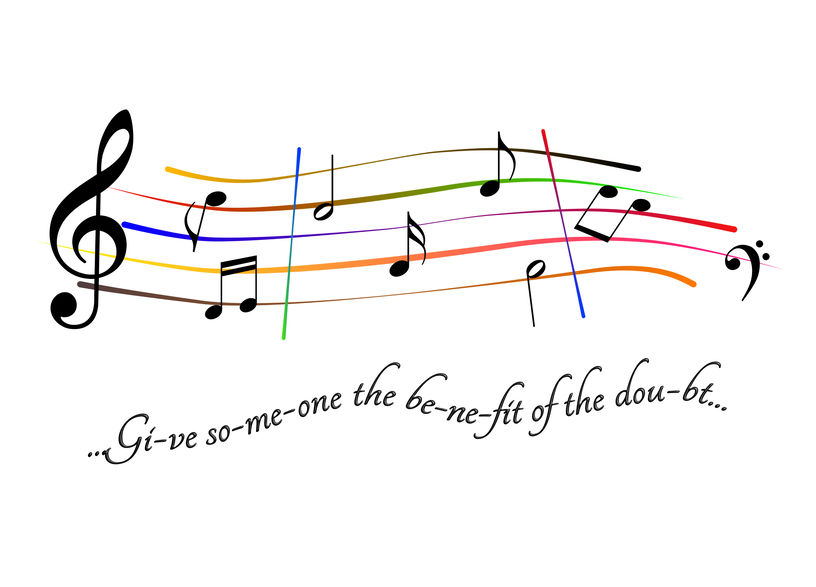 What would happen if we lived in a world where we practiced give others the benefit of the doubt, within reason of course, vs immediately projecting our own worst-case scenario? There are times when there are people who want to hurt you, however, this is not the case in most everyday interactions.

The problem is that we are hard-wired to avoid pain. Sometimes, after a series of hurtful experiences, especially if it’s with the same person, we immediately anticipate that pain. The problem is, in many cases, people want to move past that yet they don’t know how. They’re attached to the outcome of not getting hurt, or whatever story they have played out in their head. So they respond in a way as if that outcome has already come to past. Yet the fear of loss or missing out is keeping them in this experience with the other person. Unfortunately, there’s no easy solution. The fact of the matter is, the other person must want and be willing to work through the issue simultaneously. Absent of that, all we can do is work through the issue ourselves.

All we can do is become the change we want to see. And we do that by first suspending our knee-jerk reactions, judgments, and prejudices. Within reason of course. If a large or suspicious man is walking straight towards you and displaying threatening body language, by all means, keep your knee-jerk reaction. Absent of physical threat, or a history of physical or emotional abuse, it doesn’t serve us to be suspicious of everyone. The mere act of projecting suspicion and hostility invites it onto ourselves. When someone sees our suspicious body language, especially if they mean no harm, it subconsciously signals them to be wary of us.

In addition, most misunderstandings occur, when someone does something that we think is for nefarious reasons. When in fact, we are projecting our own worst case experience or fears. We react with anger, suspicion or fear. If our projections are inaccurate, we’ve created a confrontation. If this continues to happen, do you see how this could negatively impact the relationship? Do you also see how it could have been avoided?

Here’s another everyday example. A car was parked in the middle of the road near a parking lot, and there were an ample amount of parking spots available. However, he happened to be just sitting in the road. With traffic oncoming in the opposite way, and this car was blocking my way. I immediately became impatient. He HAD to be an idiot. What other possible excuses could there be?

I thought, “Okay, let’s practice what you preach here. What could he possibly be doing?”

He could be stalking someone and needed to drive away quickly if he were spotted.

Possible, but not likely.

His accomplice could be robbing the library, and he was the getaway car.

I was probably getting colder.

He could be on his way to someone’s house and stopped for a moment to plug into his GPS.

AHA! I’ve done that before!

Once I gave him the benefit of the doubt, I was no longer annoyed.

Was I right? I’ll never know. But the key is, I wasn’t annoyed anymore. Ultimately, that’s all I care about.

Enjoy! Please feel free to share if you think others will find this story and simple concept valuable.

For the few, purpose-driven man or woman who’s ready for change now, and this article resonated with you, let’s chat! Schedule a consultation!