Getting the Most Out of Your (Diverse) People

Developing your talent is not about being a nice employer. It’s about being a smart employer. The longer a person stays with you, the more value you get from them. From the moment you hire someone, you’re investing in them. Seeing the return on that investment takes time. The more you invest, the bigger your return. 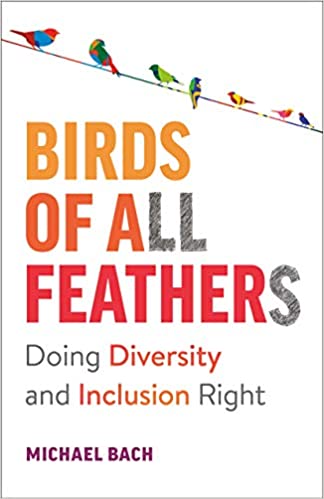 Studies have shown a lot of differences between men and women and the way they succeed. Men are four times more likely than women to ask for a raise; and when women do ask for a pay increase, they typically request 30 percent less than men do. There are other considerations. For example, people from different cultural backgrounds, particularly those raised outside North America, may have a different understanding of workplace etiquette and norms. For some people, expressing interest in a promotion or advancement opportunity would be completely unacceptable. Their expectation may be that they will do a good job and be identified as worthy of the opportunity. Just because they don’t ask for it doesn’t mean they’re not interested. But in the end, the squeaky wheel gets the cheese. Or whatever you do with squeaky wheels. Or cheese.

When looking at the advancement of your people, particularly when you intend to diversify your leadership, there are several factors to consider.

Talk to Your People

Here’s a radical concept: talk to your people. What I mean is, the best way to determine if someone has interested in advancing is by asking them what they aspire to. Having productive performance management conversations is hard at times, but it’s a far better way to address things than leaving it to chance.

The leading practice is to meet with each of your direct reports and ask the age-old question: “Where do you see yourself in five years?” The answer might surprise you. The person who you thought had potential might say, “I want to be a Pilates instructor.” If you’re an engineering firm, that person might not be a good fit for a promotion. That said, the person who you didn’t see as wanting a promotion might then say, “I want your job.” Give your people the latitude to tell you what they want. Don’t assume anything. Allow them to express their interest and then deal with it.

Some people have such a hard time with honesty. They don’t want to hurt anyone’s feelings. Well, your lack of honesty may have a bigger impact than a few hurt feelings. If someone expresses interest in a promotion and they don’t have the potential, you owe it to them to be honest about it. You don’t have to be mean. But you can say, “I appreciate your interest, but that won’t be possible.”

Then you have to explain why. And you’d better have a good reason. For example, if your administrative assistant wants to be doing audits, your reasoning might be that to do an audit, you need to be a CPA. That’s a bona fide occupational requirement. There’s no getting around that. But if that same administrative assistant wants to be in sales, what’s your excuse? Just because you can’t imagine them in sales doesn’t mean they wouldn’t be a sales rock star.

Development doesn’t happen magically. You need to be deliberate. There needs to be a plan.

The platinum rule is a variation on the golden rule: “Do unto others as you would have others do unto you.” Every religion or faith on the planet has some version of the golden rule, regardless of what it is called, but there’s a problem with it: It assumes the other person wants or needs to be treated the same way as you. This is why I invite you to upgrade to platinum: “Treat others the way they would like to be treated.”

Not everyone has the same needs, so why would you treat everyone the same?

The important consideration is to treat individuals based on their own needs and abilities. You have to think about the needs of the individual, you have to talk to the person, and you have to plan.

You may be thinking that most of this article has been about good people management, and not about diversity and inclusion. That’s what I like to call “correct.” Until now.

At some point you may look at your leadership and determine that you need to be more targeted about promotions. That point is usually when you realize your leadership is, to describe it politely, “pale, stale, and male.” I didn’t come up with that phrase, so don’t hate me. A guy named Daniel Goldin coined it in 1992 when describing NASA’s administration. Blame him. I use it because I love a good rhyme.

I’ll use an example of an organization that suspected a leak in the pipeline for women and people of color, and they noticed that these groups weren’t progressing into leadership at the same rate as white men. After a lengthy study of the data, the leadership realized that a slightly higher percentage of women and people of color were leaving the organization and not being promoted, in comparison to white men.

The more junior ranks of the organization had gender parity—in fact, women were the majority—as well as a significantly higher level of racial diversity. But going up the ranks, the gender parity vanished, and so did the racial difference. Through anecdotal conversations, women and people of color expressed (among other things) that they didn’t see themselves having the opportunity, and so they looked elsewhere.

To address the situation and ensure the organization was actually promoting the best and brightest, the leadership put a particular focus on the development of women and people of color. They looked at the women and people of color on the high potential list and determined what each individual needed to make it to the next stage of their career. They saw the need for things like mentors, sponsors, client opportunities, challenging projects, and so on, and then tailored the support to help each get to the next level.

No one was guaranteed a promotion. Far from it. People had to prove that they were up to the job, just like anyone else. But the company’s leadership accepted the reality that some people (usually straight white men) were already getting the help they needed to advance their careers. They made sure that from then on, everyone was treated equitably.

Not everyone is jumping up and down asking for a promotion, but that doesn’t mean that the people quietly doing their jobs don’t want to move up. To diversify your leadership, you may have to take some deliberate action that has you targeting specific groups for development.

Michael Bach is internationally recognized as a thought leader in inclusion, diversity, equity and accessibility, and brings a vast knowledge of leading practices in a live setting to his work. He is the CEO of the Canadian Centre for Diversity and Inclusion, an organization that he founded in 2012 with the mandate of helping to educate Canadians on the value of diversity and inclusion. CCDI operates in eighteen cities across Canada, as well as around the world, helping employers create inclusive workplaces. Under Michael’s leadership, the organization has received numerous awards, including the Canadian HR Reporter’s Readers’ Choice Award in the category of Diversity/Employment Equity Consultant from 2016 to 2019. Prior to founding CCDI, he was the National Director of Diversity, Equity and Inclusion for KPMG in Canada, a role he created and held for seven years. Additionally, Michael completed a two-and-a-half-year secondment as the Deputy Chief Diversity Officer for KPMG International. During his tenure, KPMG (Canada) received several prestigious diversity-related awards, including being named one of Canada’s Top Employers for Diversity and one of Canada’s Best Employers for New Canadians.
Michael has a Post Graduate Certificate in Diversity Management from Cornell University and also holds the Cornell Certified Diversity Professional, Advanced Practitioner (CCDP/AP) designation.
To learn more: www.michaelbach.com, LinkedIn, Facebook, Twitter, Instagram and YouTube.

No Replies to "Getting the Most Out of Your (Diverse) People"