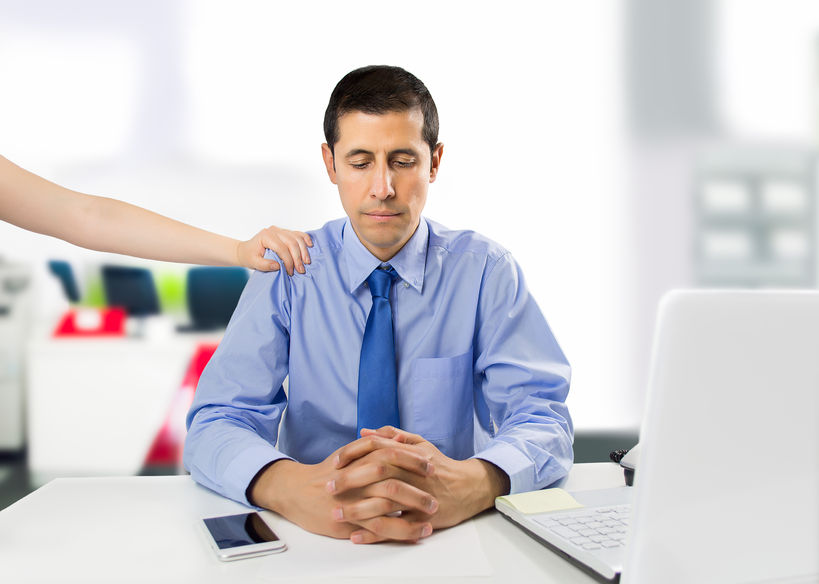 Ethics alone won’t be enough to break us out of our echo chambers. And what we miss could be costly.

Diversity — the opportunity to interact with people very different from yourself — is a privilege. Yet even diversity can foster its own forms of homogeneity.

Just five days before Donald Trump’s surprise victory in the presidential election I moderated a conversation on the rise of populism between Columbia Business School Dean Glenn Hubbard, a former chairman of the White House Council of Economic Advisers under George W. Bush, and Ray Horton, a long-standing professor and self-identified Democrat who teaches the popular course Modern Political Economy at the School. Though framed as a debate, the conversation was notable primarily for how much the two, who might otherwise have been expected to disagree with each other, affirmed each other’s views. The room, filled with faculty, staff and students, representing some 90 countries all seemed to agree.

After the election, as I spoke to friends and colleagues, most New Yorkers — and Columbia Business School students — told me they didn’t know a single person who voted for Trump. Their Facebook feeds and coffee shops were filled with liberal voices exactly like their own.

This bifurcation worries me — it makes me fear that we as business leaders, present and future, are not doing enough to really practice empathy. We, simply put, are not getting out enough — or not getting out to the right places.

And that’s because getting out, frankly, is hard — and not particularly comfortable.

Before coming to Columbia Business School, I worked for five years as a business journalist with the BBC. What I loved most, and miss most often, was that my job forced me to speak to so many different types of people in so many different places — places spread across 26 US states, four Canadian provinces, and five countries.

To be good at my job, I had to speak with people I would have never met in my day-to-day life in Brooklyn. I had to find ways to connect with a former Detroit police officer who was contemplating which medicines he could go without after the city filed for bankruptcy and cut his healthcare; to inspect the boils on the arms of a Louisiana shrimper caused by the chemicals BP used to clean up the Gulf oil spill; and to visit the tiny, dilapidated trailer that housed a Mexican temporary worker on a farm visa in Vass, North Carolina.

But as I reflected on the election results, two stories, in particular, stood out.

In 2013, I went to SeaTac, Washington, the town that surrounds Seattle’s airport, to cover a referendum there on raising the minimum wage to a “living wage” of $15 per hour, nearly double the then-federal minimum wage, making it the highest in the country. When the measure passed, it surprised a lot of people — and led to a spate of similar votes in cities such as San Francisco and Los Angeles.

But what I remember most about that story was speaking with Mahananda Ghimirey, a refugee from Bhutan who lived with his wife, six-month-old son, brother, sister, mother, and father in a tiny apartment. He told me it was hard to work full time and still not earn enough to pay rent. And it struck me that while the US had historically been a place that was welcoming to new immigrants, the economic realities have become such that someone like Mr. Ghimirey would probably never be able to escape the cycle of poverty in which he was currently trapped. And that made me feel incredibly ashamed.

Then, in 2014, I was in Osceola, Arkansas covering the campaign of a right-wing politician by the name of Tom Cotton who had risen to sudden prominence mostly on an anti-establishment platform. I remember standing, aptly, in a field of cotton watching as the crowd of steelworkers, until then quite stoic suddenly began nodding and clapping in unison as he told them that enrollment for food stamps had increased by 20 percent while wages had fallen by five percent under the current Congress.

What surprised me was not Senator Cotton’s eventual victory — but that what he was saying did not, in fact, apply to the area in which he was standing. Jobs were being created in Arkansas at that time — and wages were rising. Earlier in the day, I had covered the groundbreaking of a new steel plant that was being built just down the river from where Senator Cotton was speaking. And yet — no one believed it, or, if they did, they certainly didn’t feel it.

I share both of these stories because they exemplify two things that have struck me since joining Columbia Business School. The first is that most of us, whether now as students or later as professionals, very rarely interact with workers like Mr. Ghimirey or those steel mill employees.

Instead, what we do is what I did when I initially went to write that Arkansas story: we rely on numbers to stand in for reality. We, in the business world, are obsessed with numbers — ROE, EBITDA, CLV, WTP. What we can’t quantify, we can at least abbreviate.

What can be lost in all of this is that these numbers, ultimately, are about people — and sometimes, they can obscure more than they reveal. Empathy is not embedded in a financial model or a balance sheet. We need to do more to think about and actively incorporate this fact into the way we do business.

Nearly everyone who voted for Trump said they did so because of his abilities as a businessman. Whether his business prowess was overblown (and it almost certainly was), the reality is that the American people — and, I would argue, most citizens in other countries around the globe — value and reward business acumen.

Yet business schools, including Columbia, have not yet done enough to wed this reality into their curricula — to place not just ethics but empathy alongside corporate finance and accounting.

For instance, although the Association to Advance Collegiate Schools of Business (AACSB) mandates ethics curricula at accredited schools, simply having an MBA has been shown to have no statistically significant effect on ethical behavior by CEOs. That is — while an MBA certainly doesn’t encourage unethical behavior, the degree doesn’t increase ethical — or empathetic — behavior either.

As business leaders, present and future, we must expect more of ourselves.

Research, undertaken here and elsewhere, can begin to show us the way. That research shows us that racial biases can be mitigated by encouraging diversity — both within groups and outside of them, that diverse groups make better decisions, and that social responsibility can improve bottom lines. But, as Professor Adam Galinsky pointed out several years ago, simply pointing out ethical blind spots to business leaders and MBAs is not enough — we need to create structures that can help both students and professionals become better, more empathetic leaders. In other words, we need to do more to, as the Aspen Institute’s Business and Society Program says, make ourselves “unsteady.”

As I wrapped up that conversation with Hubbard and Horton last month, what I wanted to know was how we, as business leaders, present, and future, should be thinking of the rise of populism and what we could do to mitigate the rising sense of injustice — of a “rigged system” that favors just a select few (namely, nearly everyone in the room).

“I would really like to see Columbia Business School sending faculty, students, and administrators to some of the towns and cities where the populist movement is most pronounced,” Horton answered. “Instead of going to Oktoberfest in Germany, we’d spend a long weekend in Youngstown, Ohio.”

We all, in other words, need to get out more — but we need to get out to the right places. We need to close our Excel sheets, tear up our models, and actually talk to people. Simply learning how to calculate an arbitrage opportunity or suss out a value stock is not enough. Creating and maintaining value are important, but we must also learn to share the pie. To do otherwise, as we’ve seen, leaves our economies and our societies volatile, placing all that value at tremendous risk.

What we need now, in other words, is not just business ethics, but business empathy — and that empathy can only come out of an “unsteady” understanding.