Extend Job Offers That Will Be Accepted

According to 2020 Glassdoor data, in the United States 17.3 percent of job offers, over 1 in 6 are rejected, reflecting a steady increase in offer rejection rates over the last few years at a time of growing competition for talent. 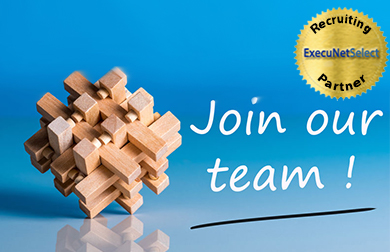 A Robert Half survey conducted in February 2021 revealed, 28% of candidates backed out after receiving a job offer because they accepted a better offer (44%), received a counteroffer from their current employer (27%), or heard bad things about the company (19%).

Once a candidate begins the interview process with you, it is quite common for them to reach out to their network and learn of other job opportunities. As a result, it is not unusual for them to receive more than one job offer—and often a counteroffer from their current employer. This can happen before, during, or even after you extend a job offer. Often candidates will continue to interview during their two-week notice, even after they have accepted your offer. If they receive another job offer and feel it is more aligned with what is important to them, your offer is declined.

Here are a few suggestions to help you stay informed and then prepare yourself for offers from competitors or a counteroffer from their current employer.

Know if Your Candidate is Interviewing Elsewhere

Be sure you know if your candidate is actively interviewing. Most candidates will schedule interviews for other positions but will not inform you unless you ask. If candidates seem reluctant to respond to your queries, explain how it benefits them to tell you what other jobs they are considering. You might say, “I don’t want to duplicate any of your efforts to find a job. When I’m aware your other interviews, it helps me fine tune my efforts on your behalf.” Knowing whether your candidates are interviewing elsewhere helps you prepare yourself, and the hiring authority to either figure out a strategy for effectively selling against the other offers or eliminating this candidate from consideration.

Understand What Competitors Are Offering

If you are working with a highly qualified candidate, it is likely that they will receive other job offers. As they may be reluctant to share this information with you, you should be candid and tell them that it is common for in-demand talent to receive multiple offers. Let them know that as their recruiter, you are skilled in negotiations and can help them compare offers so that they can better decide which opportunity is right for them. Knowing what they are being offered helps you and the hiring authority determine whether you can revise your offer to have the best chance of this candidate accepting your offer.

We once represented a candidate who received an offer $15,000 higher than our offer, but the bonuses were based on company profits and not guaranteed. In addition, they did not pay for family coverage which would cost the candidate in excess of $15,000 per year. When our candidate compared the two offers, he realized our offer was the better decision, even if the salary was lower.

Prepare Yourself For a Counteroffer From Their Current Employer

Some candidates will admit they would accept a counteroffer. If so, advise them that it is better for them to ask for their next promotion and raise now instead of negatively impacting the trust that currently exists between them and their current employer. Explain that they may negotiate a raise and promotion but when future promotions are available and they know this person was interviewing, the promotion may be offered to a peer who was not interviewing.

If your candidate is not successful in negotiating a promotion or raise from their current employer, they are much less likely to accept a counteroffer if one is extended, after they have accepted your offer. They are now insulted that they had to threaten to leave, in order to get the promotion and raise they deserved.

Changing jobs is an emotional decision that takes most candidates out of their comfort zone. The entire process is not easy. Their current employer knows them better than you do and also knows what buttons to push to make them feel guilty or indispensable. When your candidate obtains the counteroffer, which represents their next promotion and raise, they may become tempted to accept it. The best way to sell against a counteroffer is to read back what they said to you, which is why they would never accept a counteroffer. Their own words are much more powerful than anything you could say.

In addition, always ask candidates to list the five things they would change about their current job if they were their boss. This list reveals the real reason they are looking for another job, because they list things that are out of their control. When you remind them of these five things, it solidifies their reasoning for accepting your offer and turning down the counteroffer.

Continue to Clarify Priorities With Your Candidate and Quantify Their Answers

You are working with people on both sides of your recruiting process. As a result, life happens which often changes the priorities and timing of your candidate. During every conversation continue to make sure nothing has changed. The simple question, “Has anything changed since the last time we talked” is an easy way to start uncovering changes. Also quantify your candidate’s level of interest. Use a scale of 1 to 10. If the answer is anything but 10, ask what would make their answer a 10. If your candidate’s level of interest is low, it is better to pull them from the interviewing process before they receive a job offer.

Improve the Way You Extend Offers

There is always competition for top talent, which is why more attention should be given to the way an offer is extended. In this competitive market, I suggest that the candidate’s new manager first extend the job offer in person, in order to provide a warm welcome to the company. This should be followed by a written letter or email communicating the details of the offer. When providing the verbal offer, the hiring manager should encourage questions and discuss the topic of counteroffer.

While you are not legally required to provide an offer letter, many talent acquisitions professionals have adopted the practice of sending an offer letter to every hire. An offer letter helps to clarify key details and can help your company stand out if your candidate receives multiple job offers. The tone should be positive, making the candidate feel welcomed and should communicate excitement about adding them to your team! Explain clearly what actions your candidate needs to take (i.e., printing it out, signing it, and sending it back to your office). 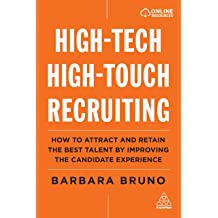 This is a must-read for anyone responsible for hiring great talent!

In this competitive candidate-driven market, there are new realities regarding resignations. Changing jobs has a major impact on a candidate’s life. While they may be excited about the opportunity their new position provides, they may also feel a sense of loyalty to their current employer. While it may seem awkward, you will want to confirm that your candidate has handed in their resignation. Often candidates do not hand in their resignation until they obtain more than one job offer. Provide your candidates with sample resignation letters that don’t burn bridges but provide reasons that will help them gracefully separate from their previous employer.

Once you confirm they have resigned, inform them that you can now check their reference at their current place of employment. Confirming that a resignation has been given is one more strategy to make sure that not only will offers be accepted, but that your candidates have resigned and will show up on their start date. In addition, always ask your candidate for referrals of other talent at their company. If they refer their co-workers to you, they will be much less likely to accept a counteroffer.

When you implement the solutions to challenges that occur when extending an offer, consistently ask if anything has changed since your last conversation, put your offer in writing, help your candidate write their resignation letter and the offers you extend will be accepted. 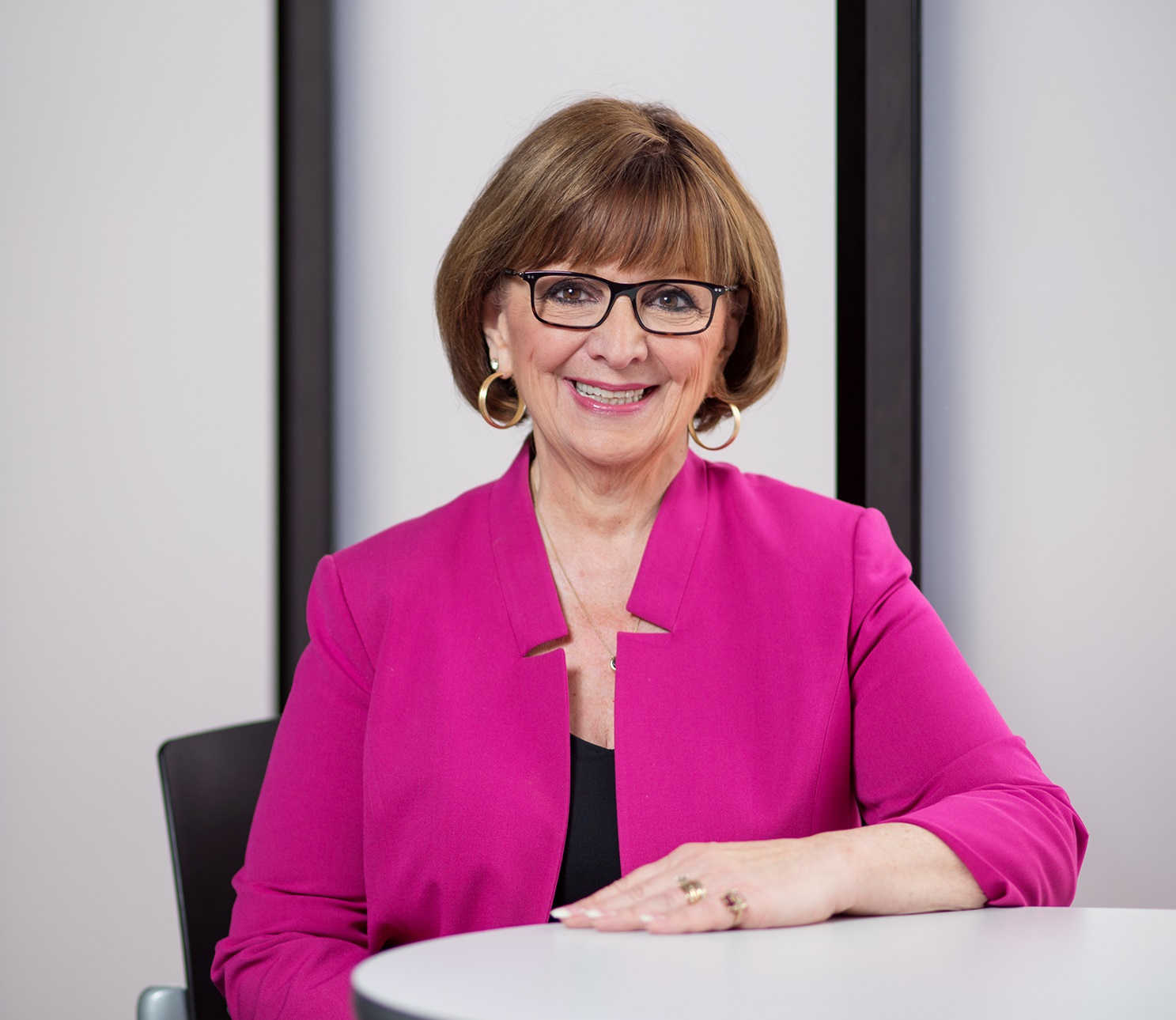 Barbara Bruno, author of HIGH-TECH HIGH-TOUCH RECRUITING: How To Attract And Retain The Best Talent By Improving The Candidate Experience, is an internationally recognized recruiting expert who has a proven track record of helping recruiters and talent acquisition professionals become more successful and less stressed. She has created several popular LinkedIn Learning courses and is president of Good As Gold Training, HR Search, Inc., and Happy Candidates.

No Replies to "Extend Job Offers That Will Be Accepted"