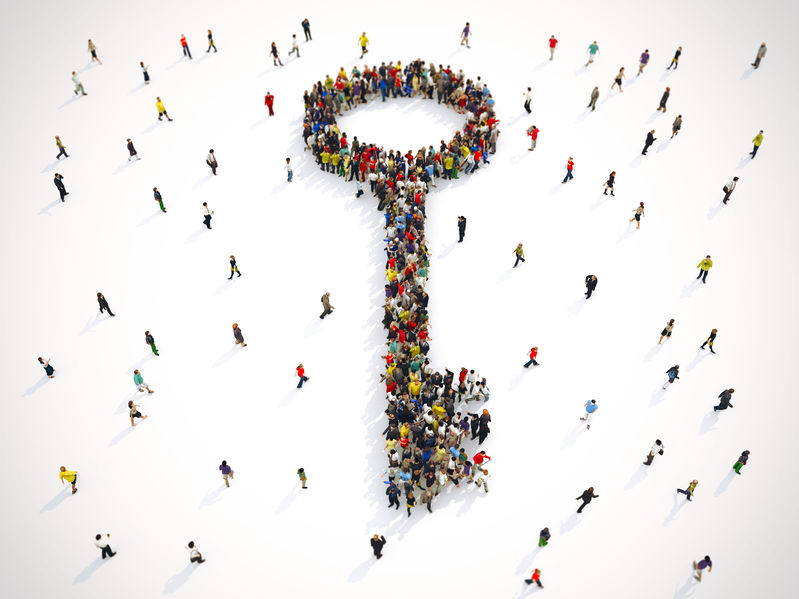 If you are at a networking event, don’t just hand out business cards or resumes and move on. According to ExecuNet ExecuNet career strategist and coach Jade Goodhue, “The biggest ick factor is when people would walk up to me, throw me a business card and walk away without adding any value.” Jade suggests when planning to attend a networking event you do some homework first: learn who the speaker, organizers, and vendors are. Learn what you can about them and study up. There’s a good chance the speaker has a book; get it. Try to find out who will be attending so you can have a plan for who you’d like to meet, and get there early. “The people who show up early are the players. They are there for a purpose,” said Jade.

While you have a plan and are more prepared than the average Joe at the event, you must not focus on your need.

“Don’t focus on you. Focus on ‘what are they looking for?’” –Jade Goodhue

Networking isn’t about finding what you need; it’s about making a connection. When you make a connection, when you find a way to offer to help someone else, that is when you’ve succeeded at networking.

ExecuNet career strategist and coach Marsha Muawwad is a champion of networking in the most unlikely of places. She is always looking to meet new people who may be able to help members of her network. When she was traveling a lot, she said she never left a plane without four or five new business cards. One time she met the head of CBS on a plane and another time she met the President of CBS. She considers the grocery store a prime networking location: it produced two executives at Marriott for her network. While she is making new contacts she is building an ever increasing network. She is always meeting new people with an eye for what they could do for someone else in her network.

“Just network with anybody you see. Strike up a conversation. You never know where it could lead.” –Marsha Muawwad

For those people who get overly uncomfortable when talking with strangers, Marsha advises “fake it til you make it.” You can start small in 1:1 casual, everyday life situations like Marsha prefers. And when you do need to step into those larger events, in addition to Jade’s advice, you could also attend with a wingman, a person who is very comfortable in that type of situation and who is willing to break the ice for you and ease you into conversations.

No matter what you do, networking is necessary, and when you do network approach networking with the mindset of “What can I do for others?” That’s the secret to being really good at networking… and you probably won’t be nervous if you aren’t actually approaching it with a “me first” mindset.

No Replies to "ExecuNet Coaches Share Key to Better Networking"