Empowerment is Not Enough – Go for Agency Instead 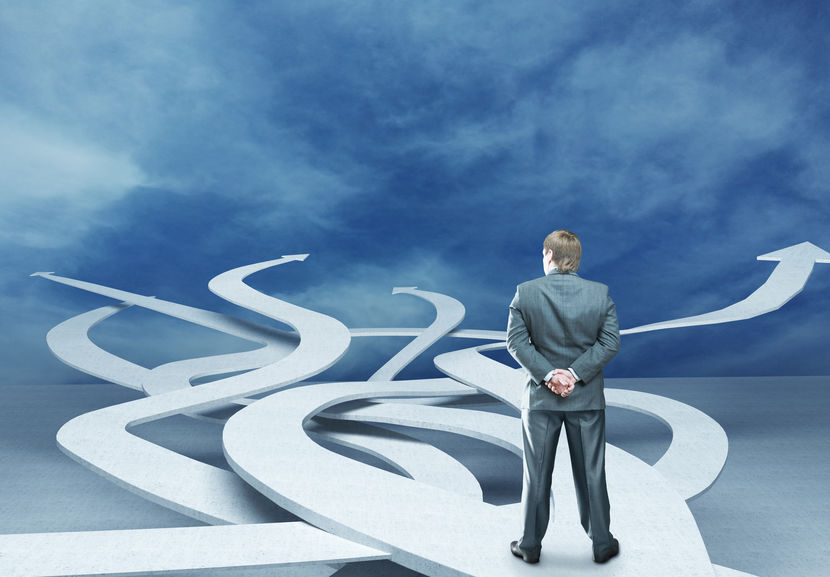 Employee empowerment has the wind in its sails, but it also has certain limitations. Agency, however, goes much further in the development of your employees.

In the sphere of management and organizational theory, “empowerment” often refers loosely to processes for giving subordinates (or workers generally) greater discretion and resources: distributing control in order to better serve both customers and the interests of employing organizations.

The concept of empowerment is not new, but I have mainly heard about it in the last five years. Companies, seeing that the command and control approach is equivalent to accompanying each employee towards the door one performance review at the time, changed their mind and began to think that giving more room for decisions and responsibilities to their employees could have a positive impact on their motivation and therefore their performance.

None of this is false. If we trust Daniel H. Pink’s works, intrinsic motivation is composed of three aspects: mastery, meaning, autonomy. It is this autonomy that is aimed at when a company or a manager take initiatives towards the empowerment of their employees.

The Problem with Empowerment

The great problem with empowerment is that this increase in discretion and decision-making power is granted to employees by a hierarchically superior force. A manager can choose to move forward with the empowerment of his employees, usually with the goal of increasing motivation, growth, and performance. Corporate empowerment is often an initiative of management, which is spread across various departments via a management and training structure. That being said, what happens if a manager who is a big fan of empowerment leaves and is replaced by someone who is quite less benevolent? No more empowerment. The organization decides that it does not work? No more empowerment. The organization is bought by a multinational corporation that “does not believe in these things”? No more empowerment. And the fallout from these change of minds will be dangerous. One does not take back the freedom of motivated people without suffering the consequences.

So, basically, empowerment consolidates, strengthens and maintains the status of followers of your peers, because they can not give themselves these powers.

In short, empowerment exists in a relationship of power. And the name says it. “I elect to give you more power.” I empower you. Captain David Marquet explains this problem very well in his book “Turn the Ship Around”, but through leader-follower relationships. He argues that many leaders have the reflex of empowering their collaborators, but the consequence is that this further strengthens their own leader status, as well as the follower’s status. If the leader must be there, and must voluntarily and consciously confer more power to his followers, their empowerment is directly dependent on the will of the leader. So, basically, empowerment consolidates, strengthens and maintains the status of followers of your peers, because they can not give themselves these powers. It will never turn them into natural leaders. Here lies the limit of the concept of empowerment in businesses.

In the social sciences and philosophy, agency is the faculty of action of a being; his ability to act on the world, things, beings, to transform or influence them. In sociology, agency is the capacity to act, as opposed to what the structure imposes.

In social sciences, there is an ongoing debate about the primacy of structure or agency in shaping human behavior. Structures are sets of devices that influence or limit the choices and opportunities available. Agency is the ability of individuals to act independently of social structures and to freely make their own choice.

– Agency and Structure and Agency, translated from French on Wikipedia

Agency is the ability of a person to make decisions and act on their free will and to influence their immediate environment. It is more natural in some people, less in others, but it is something that one can work on and develop.

As defined above, agency is the ability to act as opposed to a structure. But employees with a strong sense of agency will be those who stir good trouble.

We can’t remove the agency of a person, unlike empowerment. You can certainly prevent someone from exercising agency, however, at our own peril, it would be like depriving a plant of air, water, and sun. A person who takes a lot of initiatives and innovates shows agency. Limiting this person’s agency basically means turning him into a pawn, an executant. Hierarchical and corporate structures are not always tolerant of people’s agency. As defined above, agency is the ability to act as opposed to a structure. But employees with a strong sense of agency will be those who stir good trouble. Those who question for the common good. Those who will go around or bend a few rules to create new ones, or bring value in a way no one would have ever imagined. Those who will take over part of the structure that does not work for them to improve or adapt it to their reality, resulting in the optimization of their team’s work and its efficiency. And all of this without asking permission.

Now, imagine an entire team that demonstrates an increased sense of agency, and that receives the research and development mandate in a company. The potential of such a team will be dangerous for the competition.

The Advantages of Agency According to Moabi

In our workshops, we like to tell the participants that we are there to help them develop their superpowers. Because our goal is always to increase the agency of a team. The techniques taught are all meant to involve more the team in their own work as well as in business processes. This is also the reason why we push to use real cases that the team is (or has been) involved with. It helps ground the teachings with their own realities. Every company is slightly different and, as trainers, we can’t cover every variant. But your own realities can. We don’t even adapt our teachings to your realities, but we help the team do it. That way they own what they learn a lot more, and their agency develops as their confidence with the material grows and as they can directly see how all theses ideas relate to them in a very concrete fashion.

It’s all about growing their agency.

You pay your experts quite a lot, better make sure that they can contribute to the best of their abilities.

Our training is very freeform. The first thing we’ll do will be a small retrospective: We look at what they tried so far and how did it go, what are the things that they’d like to improve at work, what are the greatest challenges. From that short session, we’ll have all the priorities of your team, and all the material we need to improve on what they learned as well as what new ideas to introduce.

That’s the key with our workshops: It’s all about you, your team, your company, your needs.

It works well with engineers, but also with managers, salespeople, HR people, etc… Most of our clients are teams of managers.

Training a team takes time. In fact, it takes quite a lot of time outside the time we’re there. We’re just the tip of the iceberg. We aim to teach principles rather than hard techniques. We want people to understand how this work and what is the value for them, and then we let them experiment over weeks. That’s good for any company.

You need people that are curious, stimulated, and bent on improving. When the employees stop being alive, the company itself is moribund. Good training is stimulating and give them a jolt.

Oliver Fortier is first and foremost a believer in human beings. Owner of the blog Primos Populi -- which is Latin for People First -- his focus is to find innovative ways to bring back (and keep) people at the core of businesses, and ensure they can thrive. A manager, agilist, servant leader, facilitator, and former Scrum Master, all of these interesting titles and roles represent only the means to achieve what he truly believes in: cultivating people's awesomeness. His favorite things to reflect on are leader-leader relationships, psychological safety and the right to fail, career and personal development, humanity in recruitment, and how to lower the center of gravity of decision-making processes. Considering that businesses wouldn't exist without people, can one imagine how powerful it would be if all employees wholeheartedly wanted to be in their organizations, and wanted to do what they do? This is the work world Olivier wants to live in, and the goal he set for himself.

No Replies to "Empowerment is Not Enough – Go for Agency Instead"