How to Empower Employees in the Workplace: A Guide for Support Teams

Building the second type of business requires two types of empowerment: top-down (from manager to employee) and sideways (from coworker to co-worker). When co-workers focus on empowering each other, it leads to an office full of happy and productive people.

Learning how to empower others in the workplace is particularly important for people in support roles like IT, office management, and HR. Focus on empowering your co-workers to find more time for your own work and spend less time repeatedly answering the same questions.

The Importance and Benefits of Empowering Others at Work

The idea of empowering your co-workers can be terrifying. For example, if you work in IT support, a scenario where coworkers attempt to fix their computers on their own may sound more like a nightmare than a goal to pursue.

If employees have the information they need to solve problems on their own, you spend less time solving simple problems, and you have more time to do the types of things that make your job challenging and enjoyable.

For example, say you solve 75% of reported computer problems by asking co-workers to reboot their machines. Spending three-fourths of the day asking people to reboot and waiting while they do probably isn’t the type of work you’d describe as challenging and rewarding.

But if people know they need to reboot before asking for help—and if they’re empowered and expected to do so—you free up 75% of your time to work on things that are challenging and rewarding. You have more productive time, and so do your co-workers because they’re not waiting on you to solve their problems.

Empowering others leads to more happiness and productivity for the entire office.

How to Empower Employees to Take Ownership

But the best approach isn’t to focus on any single one of these methods. It’s to use all of the methods—in the right situations—to make coworkers feel truly empowered.

It’s natural to feel a little worried about inexperienced people troubleshooting problems with their computers or replacing ink cartridges in the printer. Mistakes in those areas are costly and time-consuming to repair. But to empower your co-workers, you have to trust them.

Trust that the people you work with are intelligent enough to solve problems on their own and self-aware enough to seek help when they’re in over their heads. Know that mistakes will happen—but that it’s easy to resolve most mistakes.

Author and leadership consultant Esther Derby says co-workers should “make a generous interpretation when someone else makes a mistake or disappoints you in some way… Most people don’t set out to be evil or stupid, so give the benefit of the doubt until you have data that proves you wrong.”

Related employee empowerment example: After noticing that their employees were afraid to fail, founders of news publication theSkimm instituted a new policy: during their weekly meeting, employees have to talk about their failures for the week. The person with the best failure gets a coffee gift card.

Why trust their employees to fail and celebrate those failures? “Because if we are taking risks and sometimes failing, it means we are experimenting and iterating.”

Ask a server at a sit-down restaurant who his favorite customers are, and he’ll probably tell you it’s other servers or people who’ve waited tables in the past. Why? Because people with experience waiting tables understand exactly how difficult the job is—they have empathy—so they’re more likely to leave a better tip.

It’s easy to know exactly how difficult your own job is. It’s impossible to know how difficult someone else’s job is unless you’ve worked in that position and experienced it firsthand. When employees understand the complexities of different roles in the company, they’re able to empathize with their coworkers.

Empathy leads to empowerment. For example, when coworkers understand exactly how much work the office manager has on her plate, they’re less likely to pester her with requests they can do themselves. Cross-functional experience and empathy go hand-in-hand.

Consider these examples of how real companies cross-train employees to build empathy and create a better overall understanding of coworkers’ roles and responsibilities:

One of the best ways to empower others is to ask coworkers what they need.

No one wants to call for IT support for the ninth time in a month, ask the office manager for help with the printer four days in a row, or seek help from HR every five minutes during open enrollment. When they do, it’s usually because they don’t have what they need.

Ask co-workers for feedback to find out how to provide what they need.

There are a couple different ways to collect feedback. Consider surveying your coworkers to find out how they think your department is doing and discover how to improve. Or if you use the idea from the last section and present during other teams’ meetings, ask people for feedback in person.

Educator and executive coach Ed Batista says you’ll also “get more feedback when you’re giving some,” and recommends offering praise and recommendations to colleagues to encourage them to do the same in turn.

The process for getting that test data was extremely lengthy. There was one department in charge of creating all data for the entire enterprise, so naturally, that department was always backed up.

Tired of waiting to get the data I needed to do my job, I figured out how to create test user accounts myself. For the first few months, it was amazing. I could create what I needed the second I needed it, and I was never blocked because another department was behind.

When other people discovered that I could create test data, everyone who needed it started coming to me for help. I empathized, so I created test data for everyone who asked. But eventually, I was creating so much test data that I couldn’t get my own work done.

Instead of continuing to provide the data, I created a document that detailed every step of the process—from requesting access to the right systems to creating the data and using it.

From then on, I provided the instructions to everyone who asked for my help creating data. If they complained, I offered to walk them through the process once, but after that, they were on their own.

I thought people would be livid, but I was pleasantly surprised to discover that most were thrilled to have the tools they needed to do their work without asking for help.

One of the best ways to empower the people you work with is to provide them with the information they need to do their work themselves. Compile how-to-guides, create instruction documents, and teach classes—spread your knowledge at every opportunity.

Creating educational materials is a huge step in empowering your coworkers, but it’s only effective if there’s a simple way for other company employees to discover and access that information. That’s impossible if it lives on your computer’s local drive.

The best way to educate co-workers to complete tasks on their own is to publish materials in a shared space where others can find it easily:

When you take time to not only educate your coworkers but also make it easy for them to educate themselves, both sides become much more productive.

The co-workers who need the information enjoy more time because they don’t have to wait on an answer to move forward, and you free up all of the time you would have spent doing the task yourself or explaining how to do it.

Related employee empowerment example: Walmart employees used to only be able to access HR benefits information at work on company computers. This was a problem when health or personal issues came up and employees needed to research their options.

To solve this problem, Walmart fed all of its HR data into IBM’s Watson and created a mobile app where employees can ask questions about their benefits and get answers anytime.

Author and professional development coach Brian Tracy says that one of the simplest and most effective ways to empower the people you work with is by expressing appreciation: “The more you thank other people for doing things for you, the more things those people will want to do.”

Thank your colleagues for giving you feedback, for letting you shadow them, or for shadowing you. Thank them when they take the time to follow your instructions to do a task themselves instead of interrupting you, and tell them they did a good job.

Thanking people makes them feel respected, and praise is a great form of motivation.

Related employee empowerment example: While he was the Executive Vice President of Operations at Walt Disney World, Lee Cockerell published a weekly newsletter called the Main Street Diary. In it, he would thank employees by name by publishing stories that guests sent in about their positive experiences at the resort.

In a 2015 podcast, Cockerell said the newsletter was so popular that it was nearly 15 pages long by the time he retired. Additionally, people still get in touch with him—nearly a decade after his retirement—asking if he has old copies of newsletters they were featured in.

There’s a fine line between empowering your co-workers and overwhelming them. In the end, your job is support your coworkers, and that may mean providing more support to some people than others.

If a co-worker looks like she’s on the verge of tears every time you try to walk her through troubleshooting networking issues, you’re not empowering her—you’re stressing her out. Part of successful empowerment is recognizing limitations and not asking coworkers to do things they’re uncomfortable with or incapable of.

Research from Gallup has shown that people who do work that is focused on their strengths produce higher-quality work. By asking co-workers to perform tasks outside of their capabilities, you may be setting yourself up to spend a lot of time fixing issues they created by trying to solve the problem themselves.

The Advantages and Disadvantages of Workplace Empowerment

The big advantage of empowering your co-workers to do the work they normally ask you to do is that it frees up a lot of your time. Instead of focusing on repetitive tasks, you have more freedom to focus on the important and inspiring aspects of your work.

It also saves co-workers’ time because they’re able to solve problems themselves instead of waiting for you to fix things for them.

The only real disadvantage is that there’s some risk in empowering others to do jobs they weren’t hired to do. People will inevitably make mistakes, and those mistakes are sometimes costly.

However, if you’re empowering co-workers to complete tasks with minimal risk—and if you’re encouraging them to come to you if they run into issues—the advantages of an empowered workforce nearly always outweigh the potential risks and occasional mistakes. 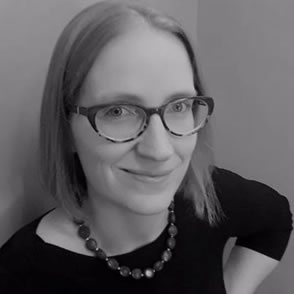 Jessica Greene works with B2B SaaS companies to help them engage target audiences and grow business revenue. Previously, Jessica was a digital marketing business consultant for Humana and website development manager for Anthill. She holds a BA and MA in English.

No Replies to "How to Empower Employees in the Workplace: A Guide for Support Teams"